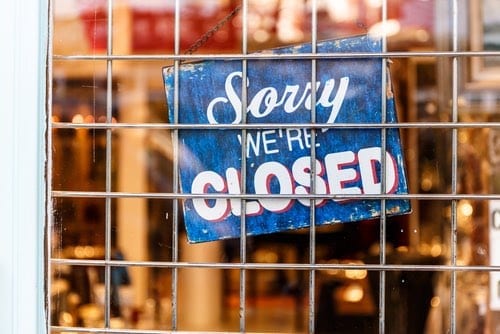 Alberta Gaming, Liquor and Cannabis has confirmed that future retail applications in the province have been put on pause due to a shortage of federally legal cannabis product.

The lack of federally licensed cannabis product has driven the province of Alberta to halt approvals for new retail licenses.

“AGLC ordered enough product to support up to 250 retail stores in the first six months of legalization; however, as of November 17 we have only received approximately 20 percent of what we had ordered,” Maisonneuve said in his statement.

This announcement highlights the tension seen throughout the Canadian market when it comes to the implementation of the Cannabis Act on October 17.

A massive shortage of cannabis product has been seen in the overall recreational market.

Maisonneuve said that while “some” of the LPs signed up to supply the province have lived up to those contracts, “not all have.”

The province wouldn’t disclose which ones had failed to deliver on the contracts with the province.

As part of this change, Maisonneuve announced all applicants would be issued a refund for the licensing fees mandated by the province.

The executive said AGLC’s priority is to supply private Alberta retailers and will therefore focus on securing product for those first.

“We will still maintain some online product to allow consumers in communities where there are not any retail stores to purchase online,” Maisonneuve said.

In an email to the Investing News Network, Heather Holmen, a spokesperson for AGLC, confirmed the province will not reveal which LPs have failed to meet their contracts to maintain those relationships.

When asked if the province is considering terminating contracts with companies failing to meet demand, Holmen said AGLC has talked with “essentially every federally licensed producer in Canada and none are able to support at this time.”

“As Health Canada continues to licence producers, AGLC will continue to reach out to prospective producers to discuss additional supply to the Alberta market,” Holmen said.

Impact of halt on retail licenses

The operation of physical cannabis retail in Canada has become an emerging play in the public sector as it offers an immediate source of revenue.

Ontario and B.C. have made moves to prevent the dominance from producers in the retail market as well, allowing more companies an opportunity to enter the space.

Ontario announced it will open the doors to all private retail operators while LPs will be forced to own only one license for a facility-license. Alternatively B.C. has mandated no LP to have a close association with a retail business.

Companies such as National Access Cannabis (TSXV:META), Choom Holdings (CSE:CHOO), Inner Spirit Holdings (CSE:ISH) and Alcanna (TSX:CLIQ), which has a partnership with Aurora Cannabis (NYSE:ACB,TSX:ACB), have moved forward with networks of retail shops across Canada.

During an explosive panel at the MJBizCon show last week in Las Vegas, Aurora Cannabis CEO Terry Booth went after the Ontario and B.C. administrations for the way they rolled out retail sales.

In the case of Alberta, the home province of the company, Booth said the provincial government had “their shit together.”