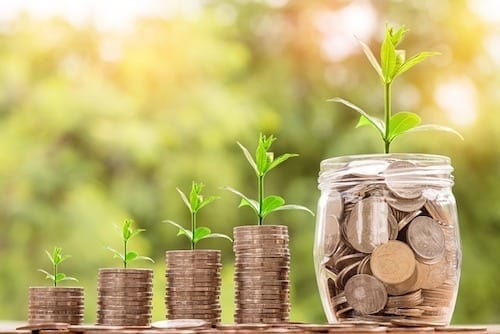 As part of its Q4 results report Canadian cannabis producer Aurora Cannabis has revealed its premier US listing is coming soon.

Aurora Cannabis (TSX:ACB) revealed its Q4 and 2018 fiscal year results on Monday (September 24), giving investors a closer look at its revenues and upcoming plans to list in the US.

Aurora reported a growth in revenue for the quarter, representing a 223 percent improvement over the same time period last year. The cannabis producer generated C$19.1 million in revenue during Q4.

According to the company, this uptick in revenue was due to a “higher average selling price, per gram of dried cannabis, coupled with a higher proportion of cannabis oil sales.”

The company also indicated in its financials that it expects to produce 150,000 kilograms of cannabis per year at the end of Q2 2019, once all of its licensed facilities are at full capacity.

As part of its expansion, the company secured a C$200 million debt facility with the Bank of Montreal (TSE:BMO) in September. At the end of the quarter the producer held an C$89 million cash position.

US listing will offer new investors chance for cannabis exposure

In its report, the company confirmed a premier US exchange listing is coming. Aurora CEO, Terry Booth, said the listing would give access to a “broader investor audience” the opportunity to participate in the company.

The company will file a registration form with the US Securities and Exchange Commission (SEC) and will seek, pending approval, its proper US exchange.

The company would be joining Canopy Growth (NYSE:CGC,TSX:WEED), Tilray (NASDAQ:TLRY), and Cronos Group (NASDAQ:CRON,TSX:CRON) as Canadian cannabis licensed producers listed across these US exchanges.

Aurora’s pending US listing will arrive following the company’s decision to spin off a separate entity, Australis Capital (CSE:AUSA), which is set to pursue opportunities in the US multistate operator business model.

Australis made its public debut on the Canadian Securities Exchange (CSE) on September 19. Aurora shareholders obtained a stake in the new venture as part of the launch.

During an investor and analyst conference call on Tuesday (September 25), management of the company was asked whether this upcoming US listing will affect the potential for the company to find an established partner outside of cannabis.

Aurora was at the center of rumors of The Coca-Cola Company (NYSE:KO) potentially entering the cannabis space through a partnership looking to develop infused wellness beverages.

Management of the producer was also asked whether the company is inclined to look for a deal in which it retains control or find a partner to take over.

Booth said while it is exciting to see the entry of large companies with no relation to cannabis, Aurora is not “in the mood to be selling out anytime soon.”

“When you start to see the revenues that this company is going to generate on a global basis, then you will see even more attraction coming from these larger companies,” Booth said.

Cam Battley, chief corporate office for Aurora, added the company is well positioned for a deal but is also holding reservation on the type of deal it makes.

In terms of the US listing moving the needle for a potential deal with an established player, Battley said the new investing option “won’t affect things immediately.” Rather, Battley said, it is seen as a move to allow the entry of more investors.

Stock for Aurora quickly increased in value during Tuesday’s early trading session. The company rose to a share price of C$12.92, indicating a 5.30 percent increase, as of 1:25 p.m. EST.