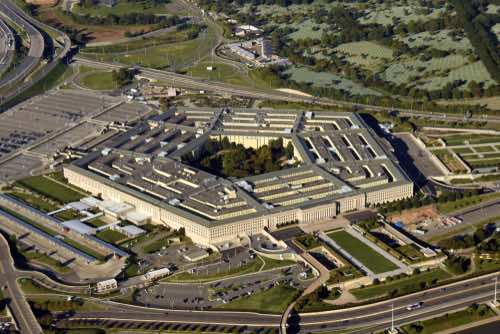 INN takes a look at the year-to-date gains of the 10 largest US defense contractors on the NYSE based on defense revenues.

The defense industry is enjoying quite a year of growth, with companies around the world posting significant share price increases in 2019.

Of those, its the US defense industry that is outperforming the rest, thanks to a president heavy on military spending at home and harsh on allies that don’t keep their own defense budgets high.

Here, the Investing News Network (INN) takes a look at the top 10 US defense industry companies listed on the NYSE and how they have been tracking so far this year.

According to Defense News, 41 of the world’s 100 largest defense companies are American, with the four largest calling the USA home.

Given US President Donald Trump’s push for a well-financed defense budget of US$738 billion and the US militaries’ position as the global power, that makes a fair amount of sense.

In an interview with INN, Peter Arment, Baird’s senior research analyst in aerospace and defense, said that the defense sector in the United States was significantly outperforming the S&P 500 in 2019.

“Other international defense stocks have performed more in line with the broader market, reflecting an uptick in global defense spending, but still below the growth in US defense budgets,” said Arment.

Experts approached by INN said that budgets, government policy, geo-political developments and elections all played a role in where the defense industry was tracking each year. Tenders and competition between companies operating in the same space was also a key indicator of performance.

So without further ado, here are the top five largest US defense companies on the NYSE based on revenue from their defense segments, with a look at how their share prices are tracking year-to-date.

Lockheed Martin is the largest defense contractor in the world, with revenues of US$53.8 billion in 2018 — the majority of it from its aerospace and defense sector.

In the second quarter of 2019, the company posted revenues of US$14.4 billion and increased its outlook on all financial metrics.

The company is perhaps currently best known as the lead developer and manufacturer of the F-35 multirole combat aircraft, which is being sold to multiple US allies, though the US military remains the primary buyer.

Despite a majority of its earnings coming from civilian aircraft development and sales, Boeing is the world’s second-largest defense contractor. In 2018, the company earned US$26.4 billion in revenue from its defense, space and security segment and another US$17 billion from its global services segment, which nabbed major service contracts with the US Air Force and the gulf state of Qatar, which is currently the target of a two year ongoing embargo by its neighbors.

Boeing isn’t faring as well as its defense compatriots on the NYSE in 2019, with the company at 2.34 percent year-to-date gains as of August to US$331.38. At the beginning of March, its yearly gains had been at 36 percent, though that was before a second 737 jet fell from the sky.

Northrop Grumman runs the full gambit of military technology, including segments focused on aviation, missile systems and navigation as well as highly advanced research, development and production of autonomous systems, cyber technology, laser technology and space development. The company plays a key role in the development of the James Webb Space Telescope. According to Defense News, 84 percent of its revenues were from defense contracts.

Between its aerospace systems, innovation systems, mission systems and technology service segments, Northrop Grumman posted yearly revenues of US$30 billion in 2018, while in H1 2019 it reported US$16.6 billion in sales — up 20 percent compared to H1 2018.

Northrop Grumman has posted significant gains through 2019, with its share price currently at US$361.42 — up by 46.7 percent year-to-date.

Raytheon is the world’s largest producer of guided missiles, and also dabbles in basically everything else military and technology, such as developing integrated systems used in the Zumwalt-class guided missile destroyers in the US Navy.

General Dynamics — which recently elected former US Defense Secretary Jim Mattis to its board of directors — is perhaps best known in defense contracting as the developer and manufacturer of the M1 Abrams Main Battle Tank, which is used in seven militaries around the world. General Dynamics is spread across all defense segments, however, most notably serving as the primary developer and manufacturer of US Navy submarines through its GD Electric Boat (GDEB) subsidiary.

GDEB is the builder of all US submarines currently in service, and is developing the columbia-class ballistic missile submarine, of which a minimum of 12 will be commissioned to serve in the US navy into the 2080s.

The company reported revenues of almost US$19 billion in the six months ended June 30, 2019, with 2018 revenue reported to be over US$36 billion, of which approximately 66 percent was from its aerospace and defense segments, according to Defense News.

General Dynamics’ year-to-date gains are currently sitting at 15 percent, though it has been much higher earlier in the year. Its shares are priced at US$180.85 as of early August.

Other US defense contractors

The remainder of the top 10 US defense contractors from 2018 based on defense revenue continue the theme that the sector has been doing well in 2019.

L3 Harris develops advanced defense technologies in communications. It is up by 55.82 percent year-to-date, at US$207.46.

Huntington Ingalls is a major component of US Navy shipbuilding capacity. The company is trading at US$207.37, up by 7.69 percent year-to-date, though it has been much higher.

Leidos is a technology company with major contracts with the Department of Defense. The company was trading at US$80.54 as of August this year, up 54.79 percent year-to-date.

Booz Allen Hamilton is a cyber security and intelligence company, once called the “world’s most profitable spy organization” by Bloomberg. The company is trading up 58.94 percent year-to-date at US$70.46 as of August.

Want more content like this? Let us know! Read other INN coverage of the US defense industry here and here.