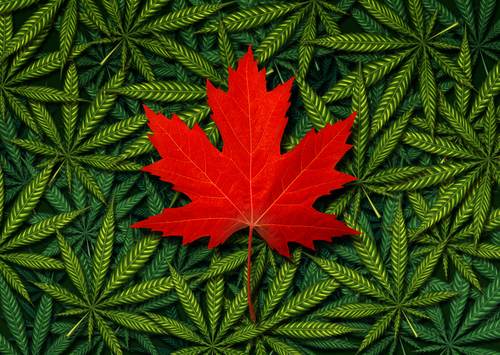 With recreational cannabis moving even closer to legalization in Canada, investors are looking for signs of a sure bet.

Canada’s legal cannabis market passed another hurdle when the Senate passed Bill C-45, the Cannabis Act, and its various proposed amendments, through its third reading in its June 7 vote.

Bill C-45 now awaits final approval on the amendments from the House of Commons. While analysts and policymakers alike had initially anticipated the adult-use market to open up in the summer of 2018, it looks like marijuana investors will have to wait until early fall to see the first fruits of what’s expected to be a C$6.5-billion retail industry by 2020.

As a recent Canadian Imperial Bank of Commerce (CIBC) study points out, that figure is close to the C$7 billion Canadians spend on wine each year.

In the lead up to legalization, there have been a few uncertainties on how well Canadian marijuana stocks will fare in this transition to a fully legal cannabis landscape — specifically around banking and supply. Now that the final legislative hurdle is near, those potential obstacles are quickly fading.

What about the banks?

As with any other business sector, not only do companies in the cannabis industry need access to and help raising capital, they also often need mortgage and debt financing as well as other more sophisticated banking products. One of the biggest hurdles faced by the cannabis industry in both the US and Canada has been the understandable reluctance of both nations’ banks to finance cannabis companies. That reluctance has a lot to do with uncertainty over the present and future legal risks associated with the industry itself, especially in the US where cannabis remains federally illegal.

Now that marijuana consumption and sales are close to being entirely legal across the whole of Canada, the banking system is beginning to open up. Once the bastion of smaller investment firms like Canaccord Genuity Group, major Canadian banks like the Bank of Montreal (BMO) and CIBC are now directly involved in cannabis financing.

BMO Capital Markets recently served as the financial advisor to Aurora Cannabis (TSX:ACB) on its $3.2-billion buyout of MedReleaf as well as Hiku Brands Company (CSE:HIKU) on its $287.7-million bid to buy WeedMD (TSXV:WMD). These transactions follow the $200.7-million equity financing for Canopy Growth (TSX:WEED) and the arranging of a $100-million share sale for Cronos Group (TSX:CRON) earlier in 2018.

CIBC World Markets is working alongside a handful of smaller investment firms to secure a $60-million private placement for Canopy Rivers, a partially owned subsidiary of Canopy Growth, in its bid to go public through a reverse takeover.

The entrance of the big banks into Canada’s cannabis industry is a clear indication of increasing confidence in the sector as the fully legalized Canadian market opens up later this year. The maturation of an industry from small penny stocks to a more blue-chip market is “usually driven by big banks coming in; it’s driven by institutional-style investors,” Aaron Salz, CEO of Stoic Advisory, told INN at the Lift & Co. Cannabis Expo in Toronto.

Salz added that he sees two huge positives for the cannabis market from the involvement of the big banks. First, it “legitimizes” the sector, which “should really bring a flow of funds from larger institutional funds and larger mutual funds.” Second, it brings more trading liquidity and efficiency. “Everyone talks about how potentially overvalued cannabis stocks are, maybe they’re undervalued, and it’s usually institutional investors that ride that efficiency to what is fair value.”

What about supply? Shortfall or surplus

The CIBC study shows that there is strong demand for cannabis in Canada, especially from recreational users. Since the early 1960s, the percentage of cannabis users in the country has grown by 5 percent each year, the study’s authors point out. In 2017, close to 5 million Canadians paid about C$5.7 billion for both legal medical and black-market cannabis — and that’s with marijuana still illegal for recreational use. While demand for medical cannabis averages 60,000 kilograms each year, CIBC projects that demand from the combined recreational market will reach 800,000 kilograms in 2020.

That figure is far higher than what can currently be produced by Canada’s 109 licensed producers, which underscores a long-held concern in the industry — will there be enough supply to meet demand?

Supply is expected to lag behind soaring demand initially. But once some of the more than 500 potential producers in the pipeline begin to reach full capacity, CIBC expects supply will overtake domestic demand in year three or four of full legalization.

As Canada is the first developed country this close to legalizing recreational cannabis, it’s difficult to forecast supply and demand given the lack of historical market evidence; however, developments in the full-fledged legal cannabis industries in the US states of Washington and Colorado may hold some insight for investors. Both states experienced supply problems in their nascent cannabis markets, but within a few years sales grew by an annual rate of at least 30 percent, says CIBC.

What’s out there other than cultivation?

Canadian cannabis companies have a few avenues for dealing with oversupply, including diversifying beyond cultivation into other verticals.

Salz told INN that the successful companies will be those “looking to expand their verticals past just cultivation” into other highly profitable sectors of the cannabis market. In fact, this is why investors have seen a plethora of M&A and joint venture activity in this sector as cultivators ink deals with cannabis companies offering industry-related services such as distribution and extraction, or manufacturing cannabis-infused products including beverages, chocolates and even pet therapeutics.

Another option for cultivators needing to offload supply is expanding their reach outside of Canada and onto the global cannabis stage.

Are there opportunities outside of Canada?

“Federal legalization allows Canadian cannabis companies to be first to market with the full support of the public, government and banking institutions. Canadian companies will enjoy the freedom to conduct business openly without the burden of existing in a grey area,” Erick Factor, executive chairman of MYM Nutraceuticals (CSE:MYM) and a well-known expert in the cannabis industry, told INN.

“This will allow Canada to trailblaze good manufacturing practises (GMP) and intellectual property that we can scale to a global market. More and more companies are seeking GMP status, which will be important if they want to export cannabis products internationally,” he added.

Unlike the US, Canada allows for the importation and, most importantly, the exportation of cannabis — giving Canada-based cannabis companies a hefty leg up on their US competitors. “Even with the export market still in its infancy, the US is ceding the international market to Canada,” says New Frontier Data in a recent report.

In fact, Canadian firms are already inking international cannabis deals for export to emerging markets such as Germany, where supply of domestic medical-grade cannabis can’t keep up with demand. Delta 9 Cannabis (TSX:NINE), one of Canada’s oldest medical cannabis companies, recently signed a letter of intent (LOI) with CanPharma and Global Group Kalapa to export medical cannabis to Germany. ICC Labs (TSXV:ICC) also has a LOI with CanPharma to export medical CBD and THC products to Germany.

Emerging cannabis markets such as Australia also offer Canadian companies significant growth opportunities on the global stage. MYM Nutraceuticals has a partnership with Solaris Nutraceuticals for the construction of a 1.2-million-square-foot greenhouse, manufacturing and processing facility in New South Wales, Australia. At full scale, the facility will have the capacity to support annual production of 100,000 kilograms.

Next big catalyst for cannabis stocks?

When can investors expect Canada’s move to full legalization to start having a meaningful impact on the market? Don’t expect to see stock prices shooting up right after the official launch date, especially since we are heading into the summer doldrums — traditionally a period of slow market activity for most sectors, including cannabis.

Salz told INN that investors should look to the fall to see real action in the cannabis space. The most notable catalysts will be reports of the first sales coming from soon-to-be legal cannabis retail stores. “In terms of flow of funds, I think the institutional investors as well are waiting to see that happen before they really commit their own funds to investing in these companies.”

This INNspired article was written according to INN editorial standards to educate investors.

2 responses to “What Legal Cannabis in Canada Means for Investors”