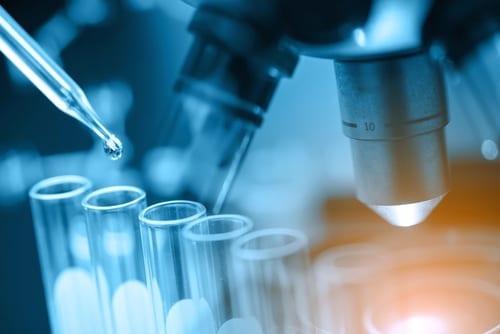 Synthetic CBD may help pharmaceutical companies develop and commercialize CBD-based drugs at a lowered cost and with minimized regulatory hassle.

Cannabidiol (CBD), one of the many cannabinoids in the cannabis plant, is known to possess medicinal and therapeutic properties without giving patients the high experienced with psychoactive tetrahydrocannabinol (THC). The US Food & Drug Administration’s (FDA) June 2018 approval of GW Pharmaceuticals’ (NASAQ:GWPH) CBD-based epilepsy treatment Epidiolex — the first cannabis-derived drug to be cleared by the FDA — was a big win for the medical cannabis industry. In October 2018, the US Drug Enforcement Agency reclassified the drug as a Schedule V drug, the least restrictive scheduling of controlled substances.

Many pharmaceutical companies, large and small, are currently researching and developing CBD therapeutics as potential treatments for a wide range of illnesses and diseases, including depression and anxiety, seizures, dermatological conditions, and even various cancers. All this cannabis R&D has led to significantly increased demand from pharmaceutical companies for good manufacturing practices or GMP-grade CBD.

Cardiol Therapeutics Inc. (TSX:CRDL; OTCQX:CRTPF) is focused on producing pharmaceutical cannabidiol (CBD) products and developing innovative therapies for heart disease, including acute myocarditis and other causes of heart failure.Send me an Investor Kit

Although a cannabis-derived drug like Epidiolex may not contain psychoactive THC, the fact that cannabis remains illegal at the federal level makes it a challenge for pharmaceutical companies looking to develop medical products that can be commercialized nationwide. The decision regarding Epidiolex offers some insight in this regard. “Marijuana and CBD derived from marijuana remain against the law, except for the limited circumstances that it has been determined there is a medically approved benefit,” the Drug Enforcement Administration (DEA) said in announcing its decision. “In those instances, such as here, the drug will be made appropriately available to the public for medical use.”

Companies like GW Pharmaceuticals need to build out and operate their own cannabis grow and extraction facilities to properly secure CBD supplies, a costly endeavor requiring significant investment. As there is still a notable risk that a CBD-based therapeutic may not even be approved by the FDA or rescheduled by the DEA, pharmaceutical companies working with CBD operate within a challenging environment.

What if pharma companies could avoid the costs, logistical effort, and regulatory hurdles altogether by developing synthetic cannabinoids? Would pharmaceuticals containing chemically synthesized CBD have a better shot at FDA approval than those derived from the federally illegal cannabis plant?

What is synthetic CBD?

Synthetic or chemically synthesized CBD is an Active Pharmaceutical Ingredient (API) produced in the form of a free-flowing, ultra-pure crystalline powder and is chemically identical at a molecular level to natural plant-derived CBD. CBD has a relatively simple molecular structure, making it easy to produce through organic chemistry in a pharmaceutical setting. The manufacturing of chemically synthesized CBD occurs in regulatory-approved API facilities much like other pharmaceutical drugs and has a repeatability factor that allows for the development of consistent batches.

CBD is hardly the first herbal medicine to be synthesized. The leaves and bark from the willow tree, used for centuries in various forms to treat pain and fever, contain the compound from which aspirin is derived. In 1853, years after the plant’s active ingredient, salicin, had been first extracted, chemist Charles Frédéric Gerhardt chemically synthesized what was later called Aspirin by Bayer (OTCMKTS:BAYRY,ETR:BAYN) in 1899. Chemical synthesis was also used for mass production of penicillin during WWII.

Makers of plant-derived CBD therapeutics argue that synthetic products just don’t measure up. However, pharmaceutical companies using synthetic CBD in their drug compounds believe it’s the best approach for ensuring a quality, high-purity, and consistent product — something not always evident in plant-based CBD products — that’s also free from impurities associated with plants such as mold, residual pesticides, harsh extraction solvents, and heavy metals such as lead. These impurities pose a risk to users and are far more prevalent in the existing CBD market than consumers might realize, particularly as quality and safety regulations, as well as the tools to support them, are still being designed and implemented. This makes the high-purity, chemically synthesized CBD a more appealing alternative for the market.

Because it can be made in the same API facility as a pharma company’s other products, scaling manufacturing capacity doesn’t require building out and operating growing facilities. In addition, the synthetic approach to CBD production is in line with regulatory frameworks in Europe, US, and Canada.

While Epidiolex may have been the first cannabis-plant-derived medical product to garner FDA approval, it was not the first cannabinoid-based product to do so. Back in 1985, the agency approved Marinol, a synthetic THC-containing compound as an anti-nausea drug for chemotherapy patients. Johnson Matthey (LSE:JMAT), which produces APIs for the pharma industry, would later develop a generic form of the drug.

The British multinational firm has now developed a new chemically synthesized CBD product, although production remains limited. “As a leader in API development, we are delighted to add the high-value synthesis of cannabidiol to our expanding portfolio of Pharma solutions,” said Paul Evans, VP Generic Products and Solutions at Johnson Matthey. “This will enable companies to easily explore the medicinal properties of cannabinoids, and combined with our development and manufacturing capabilities, deliver novel treatments and medicines to patients.”

For now, the only company producing synthetic CBD on a commercial scale is Delaware-based Noramco Inc., one of the world’s largest FDA-certified and cGMP manufacturers of controlled drug substances. The company has operations around the world and leads the way in the manufacture and supply of controlled drug substance APIs, including select cannabinoids, which the company began producing in March of 2017.

Noramco has entered into an exclusive supply agreement with Cardiol Therapeutics (TSX:CRDL), a biotechnology company which is developing proprietary nanoformulations of CBD-based drugs, including a treatment for diastolic heart failure, with clinical trials planned for H2 2019. With six million people affected in Canada and the US, chronic heart failure is a leading cause of death and hospitalization in North America. Under the exclusive supply agreement, Cardiol gains access to pharmaceutically-manufactured, ultra-pure CBD that it will use to leverage CBD market demand in Canada.

In addition to its supply agreement with Noramco, Cardiol has also established an exclusive manufacturing arrangement with Toronto-based Dalton Pharma Services for supplying pharmaceutical cannabidiol at greater than 99.5 percent purity and THC-free. Dalton is a Health Canada approved, FDA registered and cGMP manufacturer of over 200 APIs, including pharmaceutical cannabinoids, and has the capability to scale its operations commercially when the demand picture makes sense.

This manufacturing agreement will serve Cardiol’s research programs and, more importantly, will support the commercial introduction of CBD products into the Canadian market.

Cardiol will soon be launching its ultra-pure pharmaceutical CBD oil into the Canadian $1.2 billion medical cannabinoid market, a move the company hopes will generate significant revenue in the short term.

According to Michael McCoy, Executive Editor of Chemical & Engineering News, “firms like Noramco and [Johnson Matthey] maintain that GW [Pharmaceuticals] will prove to be an exception in the cannabinoid world.” Speaking at the CPhI Worldwide pharmaceutical chemical trade show in October 2018, McCoy reported that Noramco’s CEO, James Mish, told the audience he sees the market for CBD splitting into two with plant-derived CBD and THC serving the recreational and nutraceutical market, and synthetic CBD and THC dominating the pharmaceutical market.

Mish put forward GW Pharmaceuticals’ success with the plant-based Epidiolex as a one-off and not something the market will see repeated now that commercial supplies of synthetic CBD are becoming available. “In order to get the quality needed by regulatory bodies, the only way to do that is synthetically,” he said.

The strong demand for pharmaceutical-grade CBD products has incentivized drug companies to develop new CBD-based products for a variety of different ailments. Synthetic CBD is chemically identical to plant-based CBD and has the potential to provide pharmaceutical companies like Cardiol Therapeutics and other emerging players with a low cost, regulatory-friendly approach to bringing commercially produced CBD pharmaceuticals to market.

This INNspired article is sponsored by Cardiol Therapeutics (TSX:CRDL). This article was written according to INN editorial standards to educate investors.

One response to “Is Synthetic CBD the Future of Cannabis Pharma?”