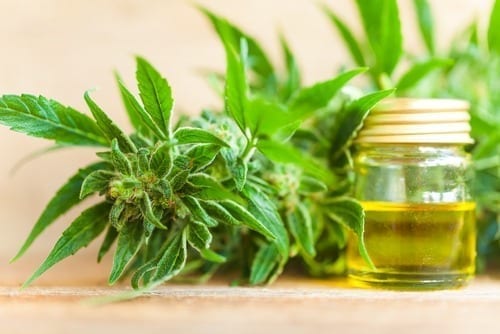 An expanding market is opening the door for new CBD products and new precision delivery methods.

As legal cannabis products find their place in the North American markets, it’s the other cannabinoid that’s getting a lot of the buzz, as well as spurring on innovation in the cannabis space.

Cannabidiol (CBD) doesn’t get the user high, but it does reduce chronic pain and inflammation and a growing body of research suggests it could be useful for treating epilepsy, anxiety, post-traumatic stress disorder and more.

Despite shifting and uncertain regulatory landscapes, cannabis and hemp companies in Canada and the United States are betting big on CBD, investing in new and innovative formulas, formats, and precision dosing methods.

A brief explanation and history of CBD

With the sudden rush of attention around CBD in recent years, one could be forgiven for thinking that it’s a new discovery. In reality, CBD was first isolated from the cannabis plant all the way back in 1940. However, it would be a long time before we came to understand its potential. As with any medicinal drug, and particularly with one associated with cannabis, the road to understanding and legitimacy has been long and slow for CBD.

Dr. Roger Adams and a team of chemists at the university of Illinois were the first to discover the compound, though based on the paper that the team published in 1940, it’s clear that Adams and his team had no idea what they had discovered. The paper described CBD as “very toxic,” something we now know to be far from the truth.

It would take until 1963 for researchers to take another serious look at CBD when Dr. Raphael Mechoulam of the Hebrew University of Jerusalem determined the compound’s exact structure, opening CBD up for research as a pharmacological substance. In 1973, the first suggestions of CBD’s therapeutic potential were made when Brazilian researchers found reductions of the symptoms of epilepsy in animals. Further studies over the following two decades yielded promising results, showing a diminishment of convulsions in epilepsy patients, and promise for treating psychosis and anxiety. The discovery of the endocannabinoid system in 1988 shed light on how cannabinoids naturally work with the human body and further increased interest in cannabinoids as therapeutic medicine.

This research continued into the 21st century but it would be the plight of a little girl in Colorado that would bring the compound to mainstream attention. The high CBD/low THC cannabis strain Charlotte’s Web was developed in 2011 and named for Charlotte Figi, a then five-year-old girl with Dravet Syndrome, who was suffering from up to 300 grand mal seizures each week. As numerous other medications and therapies failed to help and Charlotte’s quality of life rapidly declined, her parents turned to CBD, a treatment that was unheard of for children at the time and extremely controversial. To the astonishment of Charlotte’s parents and physicians, the hail mary treatment did in fact reduce her seizures, completely.

Charlotte’s story attracted serious media attention from outlets all over the world, bringing attention and education on medicinal CBD to the public. Since then, the market for CBD products has exploded. CBD is now commonly used for serious disorders like Charlotte’s, for chronic pain and ailments, and as a general health and wellness product.

The CBD market has evolved significantly from its days as a last resort treatment for people like Charlotte. As CBD’s benefits become increasingly and widely understood, and as innovation has opened new segments, the market is expected to have a compound annual growth rate of  39.19 percent up to 2021.

Today, with CBD products increasingly available throughout Canada and the United

States, innovation is the name of the game for CBD players looking to set themselves apart from the competition. To that end, CBD products can now be found in a huge range of forms. These include the standard tinctures of oil, edible products like candies, sport drinks and protein shakes formulated specifically to aid with post-workout aches and pains. Skin care product manufacturers have also taken notice of CBD’s utility for improving the look and feel of skin when used topically and have partnered with licenced producers to integrate CBD into their products.

Another big area of innovation in the CBD space is in precision dosing technology. Since cannabis and CBD products first began gaining steam as medicinal and wellness products, the question has been how best to ensure consumers are getting consistent and exact dosages for their specific needs. A number of companies in the space have worked out solutions. Canadian licensed producer Emblem Corp (TSXV:EMC,OTCQX:EMMBF) has partnered with Canntab Therapeutics (CSE:PILL) for the exclusive right to utilize Canntab’s Extended Release (XR) cannabis tablets in Canada. These proprietary time-released tablets are designed to release a predetermined and consistent portion of cannabinoids over an extended period of time, giving the consumer a longer lasting period of effect with reduced worry of side effects.

NanoSphere Health Sciences (CSE:NSHS) is another company focused on precision dosing technology. Nanosphere’s proprietary ‘nano-particle delivery’ system uses nanotechnology to encase cannabinoids in a phospholipid membrane similar to the membranes that protect cells in the body. This method ensures that a greater percentage of cannabinoids make it into the bloodstream, allowing for a more predictable dosage.

Regulatory status in Canada and the United States

In both Canada and the United States, the market is shifting in ways that create new opportunity for CBD products. Cannabis products, including CBD, remain illegal at the federal level in the US, but CBD is increasingly being allowed even in states that maintain tight prohibitions on THC cannabis. Currently, all but three US states have made exceptions to their anti-cannabis laws to allow for the sale of CBD. Federally, upcoming potential changes to the Farm Act could end the country’s prohibition on THC-free hemp, from which CBD can be extracted. The United States opening doors for CBD is one of the driving factors that could cause the American CBD market to grow faster than the legal THC cannabis market.

In Canada, the cannabis act will allow for the sale of recreational cannabis to adults, with tight restriction. Some licensed producers are hopeful that this massive regulatory shift will open the door for parliament to remove hemp-derived CBD from the controlled substances list entirely. This move would allow CBD products to move out of the dispensary and into broader market places like grocery stores and mainstream drugstores, allowing for a wider market reach for CBD.

This article was written by INN according to INN editorial standards to educate investors.