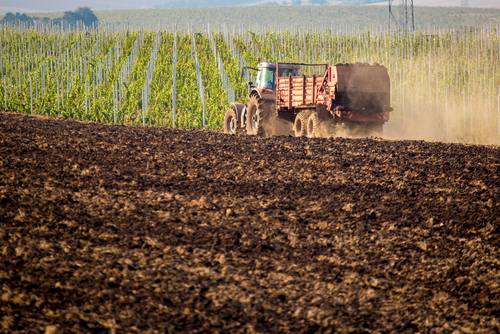 In the United States, the impact of nutrient runoff from the agricultural industry has reached a crisis point. The US Environmental Protection Agency (EPA) recognizes excess levels of nutrients such as nitrogen and phosphorus as one of the greatest challenges to the nation’s water quality. Government expenditures on wastewater treatment surpassed $114 billion in 2010 and today that figure is believed to have grown by at least another 10 to 20 percent.

Decades-old water treatment strategies and policies are proving ineffective in addressing excess nutrient runoff into local and downstream water supplies. Declining water quality and rising treatment costs in many of the nation’s major watersheds are leading agricultural industry and government leaders to look to the private sector for lower-cost solutions to address nutrient runoff.

As a result, state and federal policies are evolving to encourage private sector participation in the development and implementation of sustainable agriculture solutions. These policy directives could not only potentially represent significant amounts of federal funding, but they also have the potential to open up a new investment space in the agricultural sector.

Livestock manure is one of the largest unregulated sources of nutrient runoff. The US livestock industry consists of more than 9 million dairy cows, 85 million beef cattle, 60 million swine and 2.2 billion poultry. Each year, the livestock industry produces over a billion tons of animal waste, which is later spread on the ground, untreated, as fertilizer — a small-scale farming method that has disastrous results when used in an industry dominated by large-scale facilities.

The ineffectual management of billions of tons of animal waste is responsible for a very large part of the nutrient runoff in several major US watersheds, particularly in the nation’s largest estuary, Chesapeake Bay, as well as in the Great Lakes and the Mississippi River Basin/Gulf of Mexico.

Excess nutrients in these watersheds are causing algae blooms that lead to hypoxic dead zones that are annihilating fish, crab and oyster populations. These algae blooms are increasingly becoming toxic, with implications for both ecosystem and human health. This pollution has drastically altered the surrounding ecosystem, contaminating drinking water and impacting the entire food web while posing a significant risk to human health, including access to clean water and important food resources. Nitrate-contaminated drinking water that has been directly linked to livestock production has already been identified in a number of US states.

In order to restore water quality, the US EPA estimates that more than 1 billion pounds of nitrogen and phosphorus will need to be removed from these major watersheds.

Making matters worse, the mismanagement of livestock manure causes the release of greenhouse gases, disease-carrying pathogens and significant amounts of ammonia into the environment. Ammonia emissions can lead to the formation of small inhalable particulate matter that poses its own set of serious health risks.

Market-driven strategies at the state level

Some of the major hurdles to reducing the impact of livestock waste on the nation’s watersheds are outdated water treatment policies. Under the prevailing legislation, the 1972 Clean Water Act (CWA), the majority of water treatment efforts have targeted “point sources” with a measurable discharge. The CWA defines point sources as smokestacks or discharge pipes from municipal sewage treatment facilities, power and manufacturing plants.

Agricultural waste such as livestock manure is considered a non-point source and is not subject to CWA regulations.

In the nearly 50 years since the passage of the CWA, the agricultural industry has grown considerably. More than 70 percent of today’s livestock production takes place not on small-scale family farms, but on large-scale Concentrated Animal Feeding Operations (CAFO) facilities. However, CAFOs still use small-farm strategies for disposing of animal waste, and about half the crops in the US are fertilized this way. An ineffective waste strategy, coupled with little meaningful regulation, poses a major hurdle for the rehabilitation of US watersheds.

“The problem has not been dealt with at its source,” Craig Scott, director of communications for advanced livestock waste treatment technology developer Bion Environmental Technologies (OTCQB:BNET), told the Investing News Network. “Instead, billions of dollars are being spent to upgrade downstream wastewater treatment plants and to construct large-scale stormwater projects that re-collect and treat the nutrients AFTER they have been released to contaminate the environment. This is not an acceptable solution — from either a cost or a common sense perspective.”

Several US states are now ramping up strategies to address livestock waste at the source.

Pennsylvania, a major agricultural center in the Chesapeake Bay watershed, conducted a bipartisan legislative study in 2013 that showed a competitive bidding process to support livestock waste treatment could save the state upwards of 80 percent ($1.5 billion) annually on its EPA-mandated Chesapeake Bay cleanup costs. The study was updated in 2018, and reflected potential savings of over 90 percent. In 2017, the US EPA expressed support for such a process and encouraged the state to engage the private sector.

In the first half of 2019, the Pennsylvania Senate will be reconsidering legislation that aims to establish a competitive procurement program for low-cost private sector nutrient reductions, through a trading program that monetizes the value of those reductions. Bion, which helped to draft the bill and has an agreement to provide waste treatment at the largest livestock farm in Pennsylvania, has stated it can provide large quantities of nutrient credits as low as $8 per pound.

A growing number of livestock industry leaders, including those in the US dairy industry, are supportive of such market-driven strategies. “The largest livestock facilities, with their scale and concentration, offer the best opportunity for high-impact, cost-effective nutrient reductions,” said Scott. “The real issue is how to stimulate and pay for widespread cleanup. Engaging the private sector and especially livestock production will provide large-scale solutions that will accelerate cleanup and drive down current taxpayer-funded costs.”

However, some states have been reluctant to move forward on water quality trading programs “without federal guidance, especially on waters that cross jurisdictions,” noted Steve Zwick, managing editor of Ecosystem Marketplace.

There are clear signs that the US Federal Government will provide funding for nutrient control strategies and private sector solutions. In December 2018, the US EPA and the US Department of Agriculture (USDA) notified state and tribal regulators that they are committed to working with all stakeholders to adopt market-based approaches in the fight to clean up America’s watersheds and prevent livestock waste from further contributing to the crisis. The agencies said this commitment could include technical and financial support for water quality credit trading programs and public-private partnerships.

Further proof that federal policymakers are serious about opening up the wastewater treatment industry to private sector participation is on the horizon.

Lee Forsgren, deputy assistant administrator, EPA Office of Water, has said he expects new federal guidance on water quality trading programs by the end of 2019 that will align with the EPA’s February 2019 memo. “The biggest environmental water quality issue that’s facing this country right now is nutrient loading in our waters,” said Forsgren. “The only way we’re ever going to address that is to find creative ways to stop the flow of nutrients into the waters.”

There are a few commercial-ready technologies available today that can address the problem of excess nutrient runoff from large-scale agricultural operations. Newtrient, a business collective of the leading US dairy farmers, has curated an inventory catalog of the best technology and waste management practises in the agricultural industry. The most advanced technology in the sector is Bion Environmental Technologies’ comprehensive environmental management system designed for the largest livestock facilities and focused on maximizing resource recovery.

Bion’s patented 2G (second generation) technology has been commercially proven to substantially reduce pathogens from livestock waste while eliminating up to 90 percent of greenhouse gases and ammonia emissions, and 95 percent of nitrogen and phosphorus. The waste management system harnesses the power of naturally occurring bacteria to convert nitrogen and phosphorus into solid forms that are removable by other processes.

Livestock waste treatment technology not only provides clean water solutions, but it also creates new sources of revenue, including the production of value-added products such as fertilizers. Bion’s patented 3G technology recovers stable concentrated ammonium bicarbonate, a quick-release nitrogen fertilizer, from livestock waste without the use of chemicals. This product is well suited for a wide range of applications in the organic markets. According to Markets and Markets researchers, the market for global organic fertilizers is expected to grow from US$6.3 billion in 2017 to US$11.15 billion by 2022.

The US water quality crisis requires immediate action on the part of legislators, regulators and agricultural industry leaders. Federal and state governments recognize that the only way to curb this crisis is to stop nutrient runoff at its source. New policies coming out of the EPA and USDA in 2019 aimed at private sector participation, combined with advancements in large-scale livestock waste treatment technology, are paving a path toward a new investment space in the agricultural industry.

The information contained here is for information purposes only and is not to be construed as an offer or solicitation for the sale or purchase of securities. Readers should conduct their own research for all information publicly available concerning the company. Prior to making any investment decision, it is recommended that readers consult directly with Bion Environmental Technologies and seek advice from a qualified investment advisor.