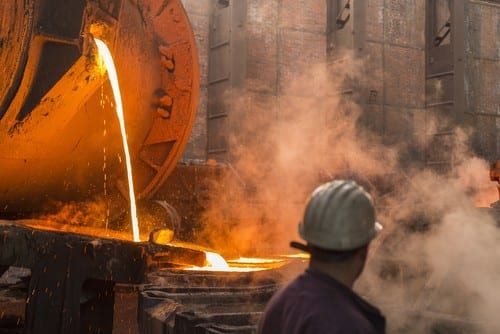 Mining companies that want to shorten the path to production are looking towards joint ventures in British Columbia to accelerate progress.

In 2017, British Columbia’s mining and exploration industry grew for the first time since 2012. Fueled by rising resource values and looming supply crunches, resource companies are once again taking a greater interest in Canada’s westernmost province and its potential for some of the most in-demand metals and minerals. BC contains several styles of porphyry copper deposits, which have become valuable assets as copper demand has risen.

Concurrently, junior exploration and mining companies are increasingly finding that they work better together, getting the best of both worlds by embarking on joint ventures, mergers and acquisitions. As British Columbia’s resource industry continues to heat up, we could see more companies come together with joint venture partnerships to maximize resource project opportunities in the province.

Joint ventures in the resource sector

Joint venture partnerships in the mining industry often take the form of a major company acquiring a majority interest in a property owned by the junior by providing the capital needed for exploration and production. This type of partnership strategy can be highly advantageous for all involved, playing to the strengths of both junior and major miners. Junior companies often acquire untested exploration properties with high upside. However, these companies often lack the capital or technical resources necessary to fully develop these properties. On the other hand, major mining companies are often much better equipped to explore a property and move the project towards production. Additionally, in cases where one party in a joint venture is foreign to the country hosting the project, joint ventures with local companies allow both parties to enjoy the tax and regulatory benefits granted to domestic miners.

Strategic partnerships can have a hugely positive impact on the potential of a project, to which Canadian junior resource company Copper Fox Metals (TSXV:CUU,OTC Pink:CPFXF) and major mining company Teck Resources (TSX:TECK.B,NYSE:TECK) can attest. Back in 2002, Teck, unsure of the potential of its Shaft Creek property in Northwestern British Columbia, optioned the property to Copper Fox while maintaining a “back in” right for up to 75 percent, pending the results of a feasibility study completed by Copper Fox.

The company completed the Schaft Creek feasibility study in 2013 and the results were encouraging enough for Teck to buy back in for the full 75 percent and assume operatorship of the project. From the perspective of Copper Fox, Teck’s return is a vote of confidence for the project.  The joint venture agreement (subject to certain conditions) requires that Teck provide the funding and make cash payments to Copper Fox based on certain project milestones being achieved. In addition, as operator, Teck brings its experience in developing large mineral projects to take full advantage of and de-risk the Schaft Creek project.

“Large projects like Schaft Creek need the expertise of a major like Teck. These large projects are capital intensive, have long lead times and require a specific level of operating expertise to successfully construct, start up and operate on a year-round basis,” Copper Fox CEO Elmer Stewart told the Investing News Network (INN). “The joint venture with Teck on Schaft Creek is very important in that it validates the project and provides Copper Fox a high level of comfort due to the expertise Teck brings to the project.”

Copper Fox and Teck’s joint venture has been effective in minimizing the risk for both parties until the full value of the project can be assessed. The 55,779-hectare property contains recoverable concentrations of copper, molybdenum, silver and gold, all of which were found in the company’s 2013 feasibility study. The 2013 feasibility study was based on proven and probable reserves totaling 940.8 million tonnes grading 0.27 percent copper, 0.19 grams per tonne (g/t) gold, 0.018 percent molybdenum and 1.72 g/t silver containing 5.6 billion pounds of copper, 5.8 million ounces of gold, 363.5 million pounds of molybdenum and 51.7 million ounces of silver.

In March 2019, Imperial Metals (TSX:III,OTC Pink:IPMLF) announced that the company had entered into a joint venture with Newcrest Mining (ASX:NCM,OTC Pink:NCMGF) that will see Newcrest acquire a 70 percent interest in Imperial’s Red Chris copper and gold asset in Northwest British Columbia. The project gives Imperial the financial security to move forward on the project while also giving the company access to Newcrest’s technical expertise in block caving operations, allowing the two companies to extract maximum value from the mine. Analysis of the Red Chris site suggests that block cave mining would likely serve as an ideal means of accessing the site’s deep-lying copper and gold mineralization. Newcrest has utilized the technique to great effect at the company’s Cadia operation in Australia, making the company uniquely suited for Imperial’s project.

In February 2018, NorthIsle Copper and Gold (TSXV:NCX) and Freeport-McMoRan (NYSE:FCX) announced a joint venture in which Freeport will earn a 49 percent interest on NorthIsle’s 33,000 hectare Pemberton Hills property on Vancouver Island. The deal will have Freeport spending C$4 million over three years while granting NorthIsle access to Freeport’s extensive experience in porphyry copper terrains.

“Having Freeport become involved in the project brings us two votes of confidence,” NorthIsle CEO Jack McClintock told INN. “The first is that, to come in, Freeport had to be convinced that there is potential to find a world-class copper-gold porphyry deposit on the property. Secondly, Freeport would not be investing in the project if they did not think that they could develop a mine at the northern end of Vancouver Island, where our project is situated.”

Demand for copper is expected to rise steadily in the coming years as the electrification movement continues. As a major copper jurisdiction, British Columbia could see significant development interest. Mining companies with the foresight to create a joint venture are potentially positioning themselves to maximize the value of their projects, uniting lucrative projects with the capital and expertise needed to extract maximum value.

This article was originally published by the Investing News Network in May 2019.

The information contained here is for information purposes only and is not to be construed as an offer or solicitation for the sale or purchase of securities. Readers should conduct their own research for all information publicly available concerning the company. Prior to making any investment decision, it is recommended that readers consult directly with Copper Fox Metals and seek advice from a qualified investment advisor.