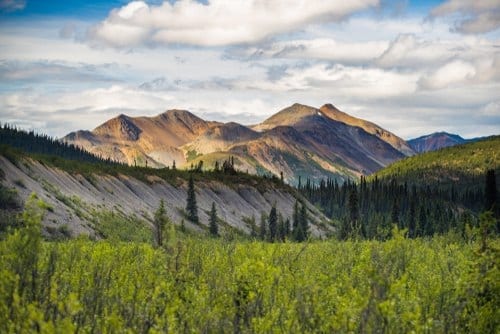 The mineral-rich Northwest Territories stands to become a key contributor to the green energy revolution on the strength of its untapped high-grade lithium deposits.

As the market for rechargeable batteries, electric cars and solar panels continues to expand, so does the market for one their instrumental materials: lithium. Supporting this growth, lithium mining in the Northwest Territories (NWT) is becoming a reliable source for the energy metal.

As such, mining firms are searching the globe for economically viable lithium deposits to fulfill the burgeoning market deficiency and meet the explosive demand for the metal. Some companies are turning their efforts towards the NWT as a jurisdiction historically associated with diamonds and gold, but with massive untapped potential for lithium extraction.

Much of the history of mining in the NWT is in the southern region of the territory; the north remains one of the largest untapped mining areas in the entire world. Commercial mining began in the NWT with the Eldorado uranium mine in 1932, followed by the establishment of the Con, Negus and Rycon gold mines later in the decade. Gold mining in the NWT continued to blossom throughout the 1940s and 1950s, and would almost exclusively dominate the mining sector until the establishment of both the Cantung (tungsten) and Pine Point (zinc–lead) mines in 1962.

Collectively, these four mines work in tandem to make mining the most significant private sector contributor in the territory’s economy, making up 30.7 percent of the region’s gross domestic product and furnishing the NWT with employment and business opportunities for its inhabitants. Mineral-related investment continues to increase, up 29 percent from 2016 to 2017. Diamond mines alone have spent upwards of $13 billion in the NWT since 1995, and over $5.6 million dollars of this spending has gone directly to indigenous businesses.

The territorial government has invested in constructing mutually beneficial relationships with mining companies and residents to create symbiotic value for both private and public communities. Attitudes towards mining companies are consistently polled to be favorable amongst NWT citizens. This is in no small part due to programs such as social economic agreements, which are specially engineered to cultivate local industry, foster a skilled workforce and empower the community at large. The success of these programs stems from a long history of mining companies, government institutions and indigenous governments working in harmony to ensure that the employment, infrastructure and social conditions mining projects create are healthy, environmentally friendly and accessible to all communities.

The Department of Industry, Tourism and Investment is a well-developed and experienced regulatory body, responsible for policy development and planning, as well as administration of third-party rights and royalties. The region’s mining code is highly transparent, conducive to investment and continually revised to promote economic self-sufficiency.

While the NWT currently only hosts active diamond mines, the region is still home to a number of mineral opportunities. The Cantung mine produced both tungsten and copper until a precipitous drop in the price of tungsten forced it to shutter its doors in 2015. Meanwhile, the Howard’s Pass district in the north of the territory contains at minimum 15 zinc-lead deposits, many of which are in the process of being assessed for development.

A surge in demand for lithium is spurring an escalation in the search for untapped lithium deposits, especially within North America. The nascent lithium-ion battery industry is seeking dependable sources of supply, and presently the only active lithium mine in the US is the Silver Peak brine lithium mine in Nevada. Accessible, highly mineralized lithium deposits provide a major opportunity for exploration companies to meet the needs of rapidly increasing market demand.

As such, one of the most intriguing developments in the NWT’s mineral economy has been the discovery of high-quality lithium-cesium-tantalum (LCT) pegmatite deposits, akin to the Greenbushes mine in Western Australia, the world’s highest-volume lithium mine, and a mine in which Albermarle (NYSE:ALB) has a 49-percent stake. The discovery of these LCT pegmatite deposits is driving major interest in the NWT area for lithium extraction companies.

Lithium exploration in the NWT

92 Resources (TSXV:NTY) acquired the 1,849-hectare Hidden Lake project, just north of Yellowknife in the NWT. Seven samples from surface trenches show between 1.37 and 3.01 percent lithium oxide. In 2018, Far Resources (CSE:FAT) entered into an option agreement with 92 Resources to acquire up to 90 percent of the property, of which it has so far earned 60 percent. Drilling work conducted by Far Resources targeted four known pegmatites, with all 10 holes intersecting spodumene.

Alongside three other properties across North America, Equitorial Exploration (TSXV:EXX,FWB:EE1,OTCQB:EQTXF) is developing its flagship Little Nahanni Pegmatite Group (LNPG) project in the NWT. LNPG hosts LCT pegmatite deposits, and sampling of these has returned grades spanning from 2 to 3 percent lithium oxide, which is significantly higher than the industry average grades of between 1 and 1.5 percent.

The toughest hurdle for any new mining project in a relatively remote region is usually a lack of infrastructure. However, Equitorial’s project is uniquely suited to overcome this challenge. The LNPG property is located 37 kilometers northwest of the aforementioned Cantung tungsten mine, non-operational since 2015. A well-maintained, gated road that stretches northwest from Cantung also cuts within 5 kilometers of the property. Additionally, a separate, fully operational road to the Howard’s Pass zinc deposit lies nearby.

The provincial government of the NWT is presently responsible for the required clean up of the Cantung mine, but the government is open to possibility of Equitorial revitalizing the mine. Of course, this would require additional licensing and a retrofit. Stephanie Palma, a spokesperson for Indigenous and Northern Affairs Canada, told the CBC that the department “remains open to expressions of interest in [Cantung].”

The future of lithium mining in the Northwest Territories

If mining companies can surmount infrastructure issues within the NWT, there is little doubt that the potential for economically viable extraction lies within the region. Further, the NWT has a demonstrated history of being a jurisdiction congenial to the efforts of private mining operations. There exists a major opportunity for the NWT to become a hub of lithium production, and the mining companies that operate within it to consequently become integral components of an economic climate that is slowly distancing itself from the deleterious effects of fossil fuels.

This article was originally published by the Investing News Network in August 2018.

This INNspired article is sponsored by Equitorial Exploration (TSXV:EXX,FWB:EE1,OTCQB:EQTXF). This article was written according to INN editorial standards to educate investors.

Albemarle Could Take Controlling Stake in Greenbushes Lithium Mine
Q1 Lithium Results Are In — Key Takeaways from Top Miners
Lithium and COVID-19: Who’s Reacting and How?
Trudeau and Ford Visit, Batteries Shine and More: PDAC 2020, Day 2