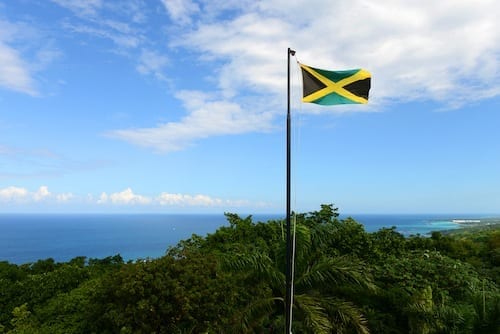 Opportunity is massive for legal cannabis in Jamaica and for Jamaican cannabis abroad.

As legal cannabis markets open up around the world, massive opportunity can be found in growing cannabis in Jamaica.

Few, if any, other countries have the association with cannabis that Jamaica has in the eyes of the world. Despite the possession and recreational use of the plant only becoming decriminalized as recently as 2015, tourists have been flocking to the country for decades often with the dream of enjoying some ganja on one of the Caribbean nation’s pristine beaches. Bob Marley, Jamaica’s most internationally iconic son, has become a global symbol for cannabis and the fight for legalization that is increasingly being won in countries around the world.

Today as more and more countries legalize medical cannabis and Canada leads the way towards an international recreational market, Jamaica isn’t looking to be left behind. Jamaica is in the process of establishing the framework that will make it a major supplier to the global cannabis market and the country’s natural gifts that helped make it a hotbed of cannabis culture in the first place are likely to be invaluable for low cost, high-quality products to serve its domestic market and beyond.

Cannabis first came to the island of Jamaica in the 19th century when after slave rebellions forced the abolition of slavery on the island and plantation owners began bringing indentured servants over largely from East India. These workers brought with them cannabis seedlings which thrived in Jamaica’s hospitable tropical climate. East Indian users of the plant referred to it by its Hindi name ‘gāṁjā,’ which became anglicized to ’ganja.’ Over the following years, cannabis caught on among the Jamaican working class and quickly became a staple of everyday life in Jamaica’s poorer neighborhoods. Jamaican cannabis continued to thrive into the 20th century even as the Jamaican government outlawed the plant in 1913 at the behest of plantation owners. As the religious and social movement Rastafarianism took root in Jamaica in the 1930s, cannabis use was adopted by devotees as a spiritual sacrament. Referred to in the Rastafarian tradition as ‘the holy herb,’ cannabis is an integral part of Rastafarian ceremonies and meditations as a way to open minds and connect with Jah (God).

As the decades rolled on, Jamaica developed an international reputation for cannabis which became ever more widespread in the 1960s as Bob Marley and the Wailers became an international sensation, further cementing the relationship between Jamaica and cannabis in the international eye. Pleasure seeking tourists began flocking to the island for vacations full of sun, ganja and reggae, despite the fact that cannabis has remained illegal. Finally, in 2015 the Jamaican government opted to decriminalize the possession of up to two ounces of cannabis. Also in 2015 came the establishment of Jamaica’s Cannabis Licensing Authority (CLA) to create regulation granting licenses to legal cannabis businesses in the country. In September 2018, the first legal cannabis export from Jamaica was completed with a shipment of medical grade extract to Canada, a milestone that has been seen as the beginning of international cannabis commerce and the next step for the Jamaican cannabis industry.

According to data by London-based cannabis market analysis and consultancy company Prohibition Partners, the Jamaican cannabis industry’s total market value could reach US$73.7 million by 2028 should the industry receive the proper support needed to flourish. So far, the regulatory climate does seem to be moving in the right direction. As of April 2018, the CLA has given conditional approval to 142 cannabis businesses and granted 16 licenses.

At the announcement of the first legal cannabis export from the country, Jamaican minister of commerce, industry, agriculture and fisheries Audley Shaw noted the potential presented to Jamaica by cannabis exports. “Jamaica is uniquely positioned to be a global player and we are committed to providing the leadership and resources required for opening the international markets, including Canada and Europe, for our licensed and regulated Jamaican companies,” Shaw said in a statement. Indeed, the cannabis industry is opening up and the demand is massive. Even in Canada where the cannabis industry is well established, domestic production has not been able to come close to reaching demand. This type of supply deficit has also been seen in California and most other legal US states and will likely be the case as more jurisdictions legalize.

Meanwhile in Jamaica, it’s not just the regulatory climate that’s friendly to cannabis production but the actual climate as well. The island’s tropical climate and biodiversity make it the perfect environment for outdoor cultivation of high-grade cannabis, which is a big part of why cannabis flourished in the first place all those years ago for those East Indian laborers. The fact that outdoor cultivation is viable without sacrificing quality is key to Jamaica’s cannabis potential because outdoor cultivation carries significantly lower production costs compared to greenhouses and indoor growing facilities which must be lit, ventilated, climate controlled and maintained at the expense of the grower. Furthermore, cannabis grown under the Caribbean sun has an appeal to some naturalist minded consumers who prefer completely organically produced product over that which is grown hydroponically.

So far Jamaica’s legal cannabis industry has focused on medical cannabis, but Shaw and the CLA have made clear that the door is open for Jamaica to begin exporting recreational ganja to the world. This will likely be a much greater opportunity for the country’s cannabis industry because Jamaican cannabis has a built-in brand that will likely prove a powerful sales driver. Jamaican cannabis already has a reputation comparable to that of French wine, Swiss chocolate or Cuban cigars, and as cannabis consumers become accustomed to more choice in their purchases it is likely many will go for something exotic that’s seen as high end. Authentic Jamaican ganja could serve as a way for a consumer in Ontario to take a tropical vacation from his frozen-over porch.

Timeless Herbal Care is the company that made history in September 2018 by being the first company to legally export cannabis product from Jamaica. Kaya Farms is another Jamaican licensed grower that had already begun legally harvesting cannabis and the company opened its first cannabis retail store in Jamaica in March 2018.

Legal cannabis markets all over the world present an enormous opportunity for Jamaica and the companies that operate there. Jamaica has the potential to become a global hub for low-cost, high-quality cannabis production and the reputation of Jamaican cannabis is likely to make it a sought-after commodity all over the legal cannabis world.

This INNspired article is sponsored by Weekend Unlimited Inc. (CSE:POT,OTCQB:WKULF,FWB:0OS1). This article was written according to INN editorial standards to educate investors.