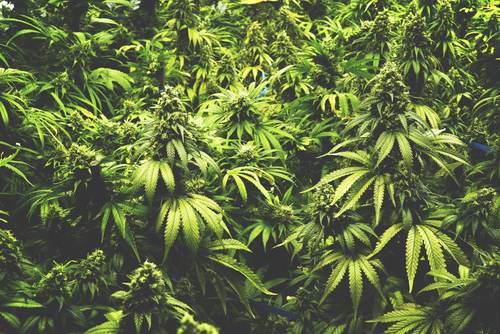 Canadian demand for cannabis is massive, and not coincidentally cannabis mega facilities in Canada are being constructed to meet that demand.

The Canadian demand for cannabis is massive, and not coincidentally, so are the facilities being constructed to meet that demand.

Recent estimates have the Canadian cannabis market hitting $9.2 billion by 2025. In the shorter term, analysts are predicting a shortage in the legal market following legalization day on October 17, 2018.

As Canada’s legal cannabis industry prepares for the post-prohibition era, licensed producers are investing hundreds of millions of dollars into massive state of the art growing facilities to prepare for this intense demand, and reap the benefits. Some of these mega facilities are nothing short of monolithic, with the largest of them approaching 4 million square feet.

That’s why these facilities are filled with cutting edge growing technology, the result of millions of dollars’ worth of research and engineering. The goal for any company making one of these massive investments is to have an optimized facility capable of producing huge amounts of top quality product at a lower price per gram than their competitors.

The economies of scale

An important feature of the largest cannabis facilities is all-inclusiveness. These mega facilities include not just grow space but also processing capabilities, research and development space, manufacturing, shipping and receiving and more. This comprehensive design also allows for easier quality control and more efficient oversight. Some facilities even include their own electrical substations to produce power for their operations at a lower cost. Having the entirety of a company’s operations under one roof allows a producer to optimize the economies of scale to lower overhead costs and maximize efficiencies while providing maximum flexibility for growth and adjustment as the operation matures.

As the legal cannabis industry grows, licensed producers will need to be able to scale up their production along with it. Facilities built today need to be designed not just for the size of their current operations but also for how large they are likely to grow down the line.

The cutting edge of growing tech

The size of the operation is only one part of the equation. Having access to modern state-of-the-art equipment can make all the difference for the quality of the project as well as the efficiency and overhead cost. Medical cannabis producer Aphria Inc (TSX:APH) was able to bring production costs down 36 percent from $1.73 per gram to $1.11 per gram in 2017 by updating their growing techniques for better growing conditions.

The specific lighting system used plays an important role in determining overall quality and efficiency of a grow operation as well. Modern LED lighting systems are able to cut down on energy consumption over high-pressure sodium lights by as much as 50 percent. Modern hydroponic systems have also been perfected over the past several decades to the point where they use a fraction of the water consumed in traditional growing methods. Moving beyond hydroponics, some facilities are now using aeroponics systems where plant roots are given water and nutrients via an atomized mist, saving even more water than with hydroponic systems.

FSD Pharma (CSE:HUGE) owns the largest legal indoor cannabis growing facility by footprint on the planet, and they’re well on their way to completing the retrofit of the facility in stages. The company is in the process of transforming a former Kraft Foods (NASDAQ:KHC) facility into the largest hydroponic indoor growing operations in the world. Located in Cobourg, Ontario, Canada about an hour drive away from Toronto, the existing facility includes 620,000 square feet of building space. The 70-acre property gives the company room to grow and FSD Pharma plans to expand to approximately 3.8 million square feet of total cultivation space. FSD’s facility includes its own sub-station capable of powering over 9 million watts of grow light bulbs as well as natural gas lines and rail lines that run directly into the facility. In addition to grow space, the facility will feature extensive research and development areas focused on the next generation LED grow lighting, nutrient testing, breeding and genetics research. The latest phase of cannabis grow expansion development is currently being financed and built by its joint venture partner Auxly Cannabis Group (TSXV:XLY).

Like FSD Pharma, Canopy Growth (TSX:WEED) has also breathed new life into an old food facility. Canopy purchased the historic site of the former Hershey Chocolate (NYSE:HSY) factory at 1 Hershey Drive in Smith Falls Ontario in 2016 and has since turned it into a 168,000 square feet grow facility on approximately 60 acres of land. The site also serves as the head office for the world’s largest cannabis company by market capitalization and features research and development space and oil extraction facilities.

Cannabis is now officially big business, and this means that small scale operations alone simply are not going to cut it. The biggest cannabis companies know that now is the time to establish operations that are not only big enough to meet the massive demand on legalization day, but also expandable to the point where they can serve an even larger global market in the future.

This INNspired article is sponsored by FSD Pharma (CSE:HUGE). This article was written according to INN editorial standards to educate investors.