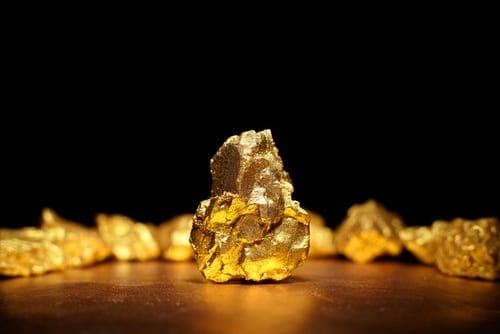 The Quebec mining industry is known the world over due to its considerable resources and mining-friendly policies.

Quebec’s mining industry consistently ranks as one of the world’s leading mining jurisdictions. The province is the second largest gold producer in Canada and home to the country’s largest gold mine, which is also the tenth largest in the world. It’s no wonder Quebec is world famous for its gold resources. Furthering its long-storied history as a premier gold mining region, the province continues to birth huge discoveries for gold exploration companies like Imperial Mining Group (TSXV:IPG), which owns a collection of properties in Quebec, including the Opawica and La Roncière gold projects.

Why does Quebec attract so much mining investment?

Quebec’s mining-friendly policies, ease in obtaining permits, high-quality infrastructure and extensive mineral wealth are extremely attractive to mining companies, not to mention the province’s abundant supply of hydroelectricity, which gives it the cheapest electricity rates in North America. Low-cost utilities can go a long way in the mining industry. The province also has more mineral refineries and smelters than any other province by far. Quebec’s economic development strategy, known as Plan Nord, largely centers on stimulating mining development north of the 49th parallel and giving a leg up to the province’s resource sector. This is expected to be realized through direct and indirect investments in private sector projects, which could result in the mitigation of project development risks.

For these reasons, Quebec ranks fourth in Fraser Institute’s 2018 index of the world’s most attractive mining jurisdictions, coming in second in Canada behind Saskatchewan. When it comes to policy perception, Quebec ranks in the top 10 in the world.

“Without a doubt, Quebec has consistently recognized the importance of the financial contribution that the mining industry has had to the province’s economic wellbeing. The province has enacted strong fiscal support measures that recognize the inherent financial risks related to mineral exploration, such as a direct exploration tax rebate of 28 percent (37.75 percent north of the 49th parallel), as well as the 12.5 percent mining duties tax rebate,” Peter Cashin, president and CEO of Imperial Mining Group, told the Investing News Network.

“When companies establish value-added processing capacity of mineral ores they get further fiscal support measures such as a 15 year tax holiday and a 24 percent refundable tax credit on plant construction greater than C$75 million. Quebec also gives a bump up on the fiscal benefits investors gain from Canadian flow-through share purchases.”

Quebec is well known for its gold output. The province was responsible for nearly a third of the country’s estimated 176 tonnes of gold production in 2017. Quebec hosts Canada’s largest gold producer and the world’s 10th largest gold producer, Canadian Malartic. A 50/50 joint venture between Agnico Eagle Mines (TSX:AEM,NYSE:AEM) and Yamana Gold (TSX:YRI,NYSE:AUY), the 55,000 tonne per day open-pit operation produces roughly 650,000 ounces of gold each year.

Canadian Malartic is only one of more than 100 mines forged within the Abitibi greenstone belt. A unique assemblage of volcanic, sedimentary and intrusive rocks, the belt is recognized as one of the world’s largest and most productive mineral repositories. The Abitibi has produced 180 million ounces of gold and hosts some of the world’s most productive mines. Between 1927 and 1976, the Horne mine, one of the largest volcanic-hosted massive sulfide deposits in the world, produced 11.6 million ounce ounces of gold and 2.5 billion pounds of copper. Agnico Eagle’s flagship LaRonde mine has been in production since 1988. In 2018, LaRonde produced 343,686 ounces of gold, 1,040,000 ounces of silver, 7,864 tonnes of zinc and 4,193 tonnes of copper.

The Abitibi region is still a hotbed of exploration and development activity. Osisko Mining’s (TSX:OSK,OTC Pink:OBNNF) Windfall Lake project is a prime example. The project currently has a May 2018 mineral resource estimate that includes indicated resources of 2.87 million tonnes grading 8.17 grams per tonne (g/t) and inferred resources of 10.35 million tonnes grading 7.11 g/t. The company is on track to increase that mineral resource estimate through its current infill and definition drilling program.

Since Osisko began its aggressive exploration campaign at Windfall in 2015, several important discoveries have been uncovered, revealing the potential for a district-scale mineralization system on the property. In May 2019, drilling led to the discovery of yet another new mineralization zone with results including assays of 393 g/t gold over 2.2 meters, 31 g/t gold over 6.1 meters and 82.9 g/t gold over 2.3 meters. In September 2019, infill drilling produced multiple high-grade intercepts, including 80.7 g/t gold over 5.8 meters.

Based on the positive drill results found in the Abitibi region, companies like Imperial Mining have begun to explore nearby properties. Imperial Mining’s projects in Quebec include the Opawica gold and La Roncière gold properties. Both are located near the past-producing Joe Mann and Bachelor Lake mines and are in close proximity to the custom 2,400 tonne per day Bachelor Lake gold mill, currently on care and maintenance. Imperial mobilized its exploration team to resume exploration of the Opawica gold project, where the company has conducted detailed geological mapping and geochemical sampling over the entire property. The work followed up on historical drilling from an area known as the central zone, which returned up to 6.9 g/t gold over 3.8 meters and 87.7 g/t gold over 1.5 meters. All drilling on the property was completed above the 125 meter vertical level. The results of the summer work are expected to help orient exploration crews so they can complete diamond drilling of the most favorable gold targets in the upcoming fall/winter season.

Quebec’s thriving gold mining sector is a significant factor in its top-ranking status amongst the world’s mining jurisdictions. Quebec’s mining-friendly regulations, supportive initiatives and favorable tax structure have the potential to further strengthen the case for mining investment in the region.