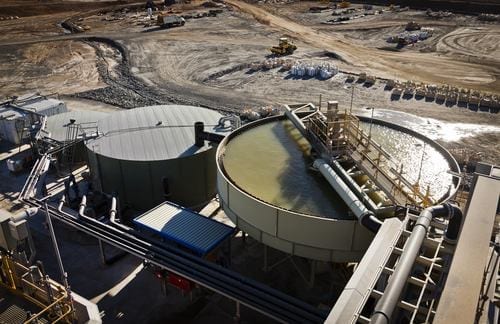 Global lithium market demand is now on the minds of industry leaders and governments as the world shifts away from fossil fuels.

Governments and industries around the world are looking towards the future of energy, and the future is expected to rely heavily on battery metals. From the rise of the electric vehicle (EV) to the growing adoption of renewable energy sources, the lithium-ion battery will likely be a key component to the global energy future. The base materials that make the technology possible will be critically important in the coming years.

The lithium-ion battery market is growing at a compound annual growth rate of 18.7 percent, which puts it on pace to hit US$139.36 billion by 2026, according to data by Statistics Market Research Consulting. Much like with oil and other economically important commodities before, governments are working to secure their lithium supplies as quickly as possible. The world has begun a race to prepare for a battery-powered era.

The root cause for the battery revolution is increasing concern over carbon emissions. As the effects of atmospheric carbon levels become harder to ignore, the shift towards renewable energy sources is continuing to accelerate. Since renewables like solar and wind power are irregular in their output due to the intermittency of solar light and wind, these technologies require the use of large-scale energy storage (LSES) to ensure a consistent base load. According to data from Bloomberg New Energy Finance, more than US$600 billion will be invested in LSES by 2040; however, the LSES market is still expected to be dwarfed by the growing EV market. The International Energy Agency projects that the number of EVs on the road globally will reach 125 million by 2030, up from just 3.7 million in 2017.

The lithium-ion battery market accounted for 40 percent of lithium demand in 2017, and that proportion is only expected to increase as EVs become more ubiquitous. These are the factors driving massive projected growth in the lithium market. Total lithium demand is expected to more than triple by 2027, according to Roskill’s 2018 lithium outlook report.

In these early days of the global shift to EVs, China has given itself a massive head start. The country is now by far the leader in EVs on the road, accounting for 37 percent of EVs produced globally since 2011. This has been partly due to pressure put on the Chinese government to address the massive pollution problem common in the country’s major cities. Unsurprisingly, China has become the world’s largest consumer of lithium. While domestic Chinese production only accounted for about 3,000 metric tons in 2017, Chinese entities control nearly half of all lithium production worldwide.

Chinese companies have made deals in some of the world’s largest lithium-producing nations, including Australia, Chile and Argentina. In South America alone, China has invested US$4.2 billion over the last two years. In May 2018, Chinese company Tianqi Lithium (SZSE:002466) acquired 25.9 percent of major Chilean lithium producer Sociedad Química y Minera (NYSE:SQM) for more than US$4 billion, giving China considerable control over Chilean reserves. Domestically, China also controls the second largest lithium reserve on the planet.

Europe and the US develop domestic capacity

China has a considerable advantage in terms of lithium supply, but other countries in North America and Europe have taken notice and are now making moves to secure their own lithium resources. The US and Europe both have strong enough lithium reserves within their borders to meet domestic demand. However, not all of these reserves fit with standards for “conventional” extraction. Today companies such as Standard Lithium (TSXV:SLL,OTCQX:STLHF,FWB:S5L.F) are working to develop new extraction methods to access “unconventional” deposits.

“The challenge that US and EU authorities are addressing is that many of these critical minerals are currently produced in minimal amounts. Most of the lithium resources in the US are considered to be of an ‘unconventional’ type resource. These resources are neither salar brine or hard rock deposits,” Standard Lithium CEO Robert Mintak explained. “The largest lithium deposits in the US are found in oil field brines and hectorite/clay deposits. These types of deposits have not yet been brought into commercial production. However, the distinction between conventional and unconventional resources is not fixed; as project economics and new processing technology change and advance, resources previously categorized as unconventional can become conventional.”

A number of North American producers are working to fill the gap and bring US lithium production back to its potential. Standard Lithium, for example, is working with global specialty chemical giant Lanxess to develop its 150,000 acre lithium brine project in South Arkansas to produce commercial volumes of battery-grade lithium compounds from brine that is a by-product of existing bromine production facilities run by Lanxess in the southern state.

The European Union is not planning to be left behind in the lithium race, either. In 2017, the EU began a push to develop battery production capacity with the formation of the European Battery Alliance, which joins European automakers with chemical and battery companies. Some key focuses of the European Battery Alliance are the consolidation of raw material reserves within European borders, identifying reserves for lithium and other battery metals throughout Europe and creating plans for sustainable exploitation. The alliance has identified strong lithium reserves in the Czech Republic, Portugal and Scandinavia, but has limited capacity for refining these resources.

The world’s economic superpowers know that the economic future is highly dependent on their ability to produce strong supplies of lithium-ion batteries, and that now is the time to build those supply chains. The development of lithium capacity is forward-thinking, representing a strong opportunity to get involved in what will certainly be a massive market going forward.