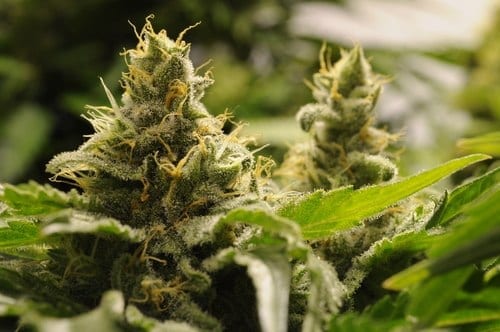 As the industry matures, small-batch craft cannabis could become the go to for connoisseurs.

Much has been made of the benefits of large-scale operations by major cannabis producers. The largest players in today’s cannabis industry love to talk about their massive facilities and their capacity for supplying national markets from coast to coast. In a quickly evolving legal cannabis industry, however, the future could hold a place for a very different (and much smaller) kind of cannabis producer. As the industry matures and cannabis consumers realize they are spoiled for choice, those with discerning tastes are expected to seek out quality wherever they can find it. Due to the logistical challenges facing large-scale cannabis operations, these consumers could look to smaller craft cannabis producers.

What is craft cannabis?

Craft cannabis can be defined as small-batch cannabis that is grown by smaller producers that use highly optimized growing techniques that are difficult to replicate at scale. Consumers expect a higher quality from craft cannabis products, as smaller operations enable optimal growing conditions, which in turn results in a superior product.

4Front Ventures (CSE:FFNT, OTCQX:CNXXF) is well on its way to becoming a leading vertically integrated multi-state cannabis company specializing in boutique cultivation, extraction and manufacturing as well as brand development, distribution and retail.Send me an Investor Kit

Major cannabis companies like Aurora Cannabis (TSX:ACB,NYSE:ACB) and Canopy Growth (TSX:WEED,NYSE:CGC) have already emerged as titans in the legal cannabis industry, but the North American cannabis market remains in its early stages. Craft cannabis producers are expected to challenge major players in the North American cannabis market in the same way craft beer producers have begun to eat away at market share from majors like Heineken (OTCQX:HEINY) and Molson Coors (NYSE:TAP). While the overall beer market shrunk slightly in 2018, the craft segment of the market grew by nearly 4 percent.

The factors that make craft beer appealing to a significant subset of beer drinkers run parallel to the factors that will give craft cannabis producers their place in the market. Both craft beer and cannabis products are seen as unique, offering quality products that are not available through major brands. Most importantly, craft cannabis producers are capable of delivering a consistent, quality product their major competitors cannot achieve through large-scale cultivation methods.

The expense and logistics associated with cannabis production often include prohibitively expensive licensing, making craft production difficult in some markets. To address this, a growing number of jurisdictions have set up separate licensing categories for micro-production. These licenses cost less while limiting the amount of grow space permitted. Some states like Oregon and Massachusetts have gone so far as to lower the regulatory burdens and reduce license fees for small-scale commercial cannabis production to ensure smaller producers have equal access to the market. These small-scale licensing schemes mirror the regulatory reforms of the 1970s that allowed craft beer production to thrive among the industry giants.

The idea that small growers produce a higher-quality product isn’t merely a matter of perception. While large growers generally focus on maximizing yield, craft producers working in smaller facilities tend to focus on quality within their defined grow space. Craft cannabis producers are able to control every parameter that can influence the growth of the plant, ensuring a consistent quality far superior to large-scale greenhouse operations.

Trimming buds by hand rather than using automated trimming machinery, for example, helps to preserve trichomes, but this method is impractical for mass growing operations. Ultimately, craft producers can use their size to their advantage by producing a better looking, tasting and smelling bud that will be more appealing to the consumer than the product offered by large-scale growers.

The major cannabis producers have thus far largely focused on scaling up, building massive grow spaces that allow them to produce cannabis at an incredible scale. This approach does, however, create challenges that often lead to compromises on quality. Large-scale grow spaces are at greater risk from insects and other pests, occasionally leading to a reliance on pesticides or product irradiation to control fungus. Small growers, on the other hand, are able to take more active measures, such as the use of organic pesticides, which are effective but labor intensive.

Today we’re witnessing the very early stages of the legal recreational cannabis market. As more jurisdictions open up new markets, companies are rushing to produce as much cannabis as possible. While this has been an effective strategy for a new industry, developing consumer preferences could change market dynamics. As new products hit the market and establish consumer preferences, it’s likely that the market could see a sizable contingent of cannabis buyers who are willing to pay a few more dollars per gram for a high-end experience. In general, large-scale cannabis producers are expected to compete below $1 per gram, while craft producers should be able to sell their product for well above $1 per gram. As we’ve seen in the beer and wine markets in recent years, local craft cannabis could rise in market share.

In the Canadian market, we have already seen a few examples of smaller craft growers making a name for themselves. Craft cannabis companies like Broken Coast Cannabis, Supreme Cannabis Company (TSX:FIRE) and Tantalus Labs have all become some of the most talked about brands in the industry while producing small batches, selling at comparatively high price points due to the tangible differences in quality.

4Front Ventures (CSE:FFNT,OTCQX:CNXXF) formerly known as Cannex Capital Holdings, is building a vertically integrated network of locally focused boutique brands, providing craft producers under the company’s umbrella with strong operations and experienced management while retaining craft growing methods and brands. The company has firmly established this model in its native Washington State with popular local brands like Northwest Cannabis Solutions. Cannex is now in the process of expanding into the emerging legal cannabis states of Illinois, Maryland, Massachusetts and Pennsylvania. From the company’s point of view, localized boutique branding of small-scale craft cannabis production could be the difference maker for successful cannabis brands.

Comments are closed.
×
See our exclusive index of INNspired companies on the move
EXPLORE
Tweets by INN_Cannabis