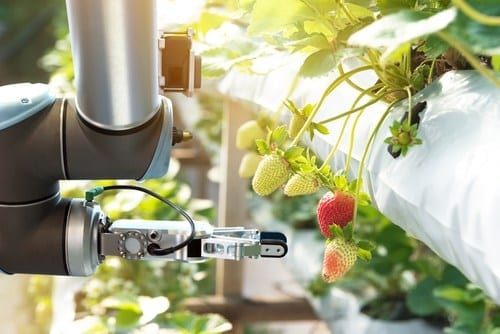 Latin America’s medical cannabis market may be a perfect fit for agriculture technology like precision irrigation.

The region is considered to be a leader in the adoption of agribusiness technology, according to Ciro Echesortu, agriculture technology program director at NXTP Labs, a tech startup accelerator for Latin America’s agribusiness technology industry. Latin America’s agricultural sector has benefited in recent years from advances in precision irrigation technology, which has contributed substantially to increased productivity. The global precision agriculture market is projected to grow from US$4.84 billion in 2018 to US$10.16 billion by 2024. According to a recent report by Global Market Insights, the precision agriculture market in Latin America is expected to experience a growth rate of 18 percent between now and 2025, mostly due to increasing demand for real-time data and analytics to improve productivity.

Latin America’s favorable growing environment makes it well suited for not only corn and coffee, but cannabis as well. The region is home to the first country in the modern era to fully legalize both medical and recreational cannabis. Uruguay’s 2014 legalization of cannabis touched off a movement toward more liberal cannabis policies in the region and led to the legalization of medical cannabis products in Mexico, Colombia, Argentina, Peru, Paraguay and Chile.

Thanks to this wave of cannabis legalization, Latin America is quickly emerging as a cultivation hub for the global medical cannabis market. Cannabis cultivators based in Latin American can export cannabis products at a lower cost than in North America and Europe. With a total population of 620 million people, Latin America’s medical cannabis market also offers another route to global expansion for the world’s leading cannabis companies. The growth potential in this market has attracted the world’s top cannabis producers, including Canopy Growth (TSX:WEED,NYSE:CGC), which launched a Latin American division in July 2018 with an acquisition in Colombia that could be worth US$96 million in Canopy stocks.

That same month, in a deal valued at C$193 million, Aphria (TSX:APH) acquired all of Scythian Biosciences’ (TSXV:SCYB) network of cannabis businesses across Jamaica, Argentina and Colombia. More than 40 licensed medical cannabis producers are currently operating in Latin America, with the majority holding licenses in Colombia.

In terms of global agricultural trade, Colombia is already an established leader. Colombia is the third largest coffee exporter in the world and the fourth largest banana exporter. As a member of the Organization for Economic Co-operation and Development, Colombia has free trade export agreements with most of its neighbors as well as countries in the EU and North America. Within Latin America, Colombia is ranked as the third easiest country in which to conduct business, according to the World Bank’s Doing Business annual report. The country also has the third highest GDP in South America.

The combination of ideal growing conditions and a relatively low cost of labor and utilities has made Colombia into one of the world’s top flower producers. Colombia’s exports of roses, carnations, orchids and other flowers total more than US$1 billion every year. The country supplies more than 70 percent of United States’ cut flower imports.

On top of its ideal growing climate, Colombia’s well-established flower industry has given the country the infrastructure and global trade experience to become a world leader in cannabis production. According to Reuters, Colombia’s medical cannabis exports could surpass the nation’s more traditional export products of coffee, bananas and flowers combined in only a few years.

“Cannabis is a water-intensive crop, and optimizing water input through precision irrigation systems can help maximize crop quality and yield as well as reduce costs and increase profit margins,”  Ohad Haber, CEO of Israel-based Water Ways Technologies (TSXV:WWT), told Investing News Network. Water Ways has provided irrigation systems to agricultural operators in Latin America for over 15 years. The company’s Data Ways System is a precise irrigation system that collects real-time data from sensors within the crop, enabling cultivators to collect and analyze data and control the system from a mobile device.

“Data Ways reduces water waste and maintains consistency in crop health through smart management tools such as remote sensors that can monitor a variety of metrics including moisture levels, automatically collect data and make rapid irrigation adjustments to ensure all plants are optimally watered and fertilized,” said Haber.

Recognizing the early entry opportunity in this emerging subsector, established agriculture technology companies are refining their products and services for the cannabis cultivation industry. Through a US$500,000 partnership with Kibbutz Gan Shmuel and Cronos Group (NASDAQ:CRON,TSX:CRON), Water Ways developed a customized cannabis irrigation, fertigation and Internet of Things control system for a 43,055 square foot greenhouse cultivation project in Israel.

The success of this project led Water Ways to leverage its experience in the Latin American agricultural market and implement its Data Ways system when planning a number of medical cannabis cultivation projects in Colombia. The company plans to build out its Latin American cannabis agriculture technology services into other neighboring markets, offering turnkey seed-to-packing project implementation and irrigation solutions to cannabis and hemp cultivators.

Latin America’s ideal climate for growing crops alongside a more liberal government stance on medical cannabis is attracting cannabis cultivators to the region. Latin American countries like Colombia represent an emerging market for not only the billion dollar cannabis industry but for agritech solutions as well. Those companies with proven cannabis-focused technologies that have established relationships in Latin America’s agricultural space could be well positioned to gain a foothold in precision agriculture.

The information contained here is for information purposes only and is not to be construed as an offer or solicitation for the sale or purchase of securities. Readers should conduct their own research for all information publicly available concerning the company. Prior to making any investment decision, it is recommended that readers consult directly with Water Ways Technologies and seek advice from a qualified investment advisor.