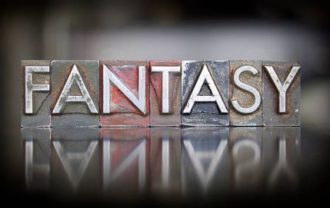 Nearly 60 million people in the US and Canada played fantasy sports in 2017, and investment opportunities are also on the rise.

When sports writer Daniel Okrent coined the Rotisserie League Baseball in the early 1980s, it’s unlikely that he imagined it would evolve into an overarching term for fantasy sports and evolve into the roughly $4 billion market it is today.

Of course, much of that growth and interest can be attributed to advancements made in technology. From fantasy baseball and football magazines and books published in the late 1980s; to websites launched in the 1990s dedicate to fantasy hockey, baseball and football–and the introduction of fantasy businesses; and to the boom of fantasy sport apps since 2012 and everything in between. In short, the growth of fantasy sports is second to none.

Case in point, it’s estimated that nearly 60 million people in the US and Canada played fantasy sports in 2017 alone, while the overall market is projected to reach $5 billion by 2020. Included in that growth is a rising interest in investing in fantasy sports stocks. While it’s still a relatively small market, given the fantasy sports boom over the last several years that is certainly poised to change.

How to invest in fantasy sports stocks

While most fantasy sports companies are private or under the umbrella of a related publicly traded company, there are select fantasy sports stocks to choose from, including:

Looking to the future, there’s certainly plenty of room for growth in the fantasy sports stocks industry.

Boom Fantasy, another private fantasy sports company, has raised a substantial amount of money since 2016: first it raised $1.4 million in early 2016, then raised another $2.5 million in September 2016, and then $2 million in May 2017. While it has raised a good portion of money, there is no word on whether or not the company will file an initial public offering.

FanDuel and Draft Kings previously looked to merge, although the companies abandoned that idea in July 2017. In November of last year, DraftKings CEO Jason Robins allegedly told Bloomberg that the company will look to file an IPO, although there has been no additional word on that possible development since then.

Still–with the number of people playing fantasy sports increasing at a rapid rate, it is no doubt promising for fantasy sports companies looking to make an entrance in the public trading market.

This is an update to an article originally published in 2017.

See our exclusive index of Gaming companies on the move
EXPLORE