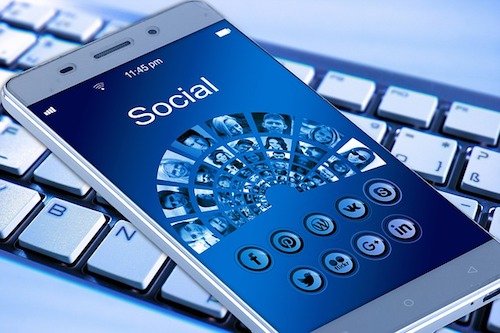 Social media has transformed how the world connects. Check out our social media stocks list to learn about the top companies in the space.

The rise of social media companies over the last decade or so has completely revolutionized the way we connect on the internet.

Similarly, social media has transformed where people are investing their money. With social media powerhouse Facebook (NASDAQ:FB) commanding a market cap of nearly US$400 billion, social media companies have a huge influence on the market.

Case in point: on web traffic data company Alexa’s Top 500 Global Sites list, social media platforms are front and center. Alexa calculates its rankings by looking at pageviews and average daily visitors, and as of late 2018 social media stocks had a strong presence, with some breaking into the top 20.

Here on this social media stocks list, we look at the five top public social media companies as per the information from Alexa. All numbers and figures were current at the time of publication.

It goes without saying that the most-visited site in the world is Google, whose parent company is Alphabet. That makes sense as many people have the search engine as their homepage, guaranteeing a certain amount of hits each day. In terms of social media, the Google+ social network is a Facebook rival that never really took off.

That said, Google receives many social media hits from its subsidiary, YouTube, which is the second-most-visited site in the world. YouTube was established in 2005, when the world’s first YouTube video was uploaded, and Google purchased the video-streaming site for $1.65 billion in 2006. Over a decade later, YouTube has more than 1 billion users who generate billions of views each month.

Interestingly, the way people watch YouTube is changing, as half of YouTube views now come from mobile devices. The company’s primary source of income is its advertising service Google Adwords, as well as sales for ads on its homepage, on its search results pages and within videos.

It’s no surprise that Facebook is on this social media stocks list. Based in Menlo Park, California, Facebook’s mission statement emphasizes its focus on sharing between friends as a means of connecting the world. Facebook has 15,724 employees, and according to Statistica, 1.34 billion people connect via Facebook on a monthly basis.

Facebook has been in the news this year for numerous legal disputes regarding the company’s privacy-encroaching business policies. There has been a class-action lawsuit against the firm over its facial recognition function, while in Germany a court judge ruled that Facebook’s use of personal data is illegal.

In addition, the Cambridge Analytica scandal has seen Facebook CEO Mark Zuckerberg on trial defending the company. The company’s share price suffered a dip in April, then rebounded for a few months before sliding back downwards in the second half of the year. The stock is currently down 25 percent year-to-date, so this could be perceived as a buying opportunity.

What’s left of Yahoo has been transformed into Altaba (NASDAQ:AABA), which CNN Money describes as a “holding company” for the remainder of Yahoo’s shares.

At number 12 on Alexa’s list, Twitter is a social media stock with a real-time conversation platform designed for self expression and conversation. Its advertising revenue is primarily generated from three products: Promoted Tweets, Promoted Accounts and Promoted Trends.

Twitter has historically seen an upward trend in monthly active users, as per Statistica, but not as of late. According to Techcrunch, in the third quarter of 2018 Twitter had roughly 326 million monthly users, and had a profit of $758 million, representing an increase in profit, but a small decrease in users.

LinkedIn was bought by Microsoft in December 2016. LinkedIn is a professional network that connects 467 million members across the world. The social media stock’s platform enables users to develop professional identities, connect with coworkers and peers and engage in professional networks spanning 200 countries and territories.

LinkedIn maintains a strong combination of daily visitors and pageviews, making it one of the most visible options for social media investing.

After reading this social media stocks list, which companies would you invest in? Tell us in the comments.

Securities Disclosure: I, Amanda Kay, currently hold no direct investment interest in any company mentioned in this article.