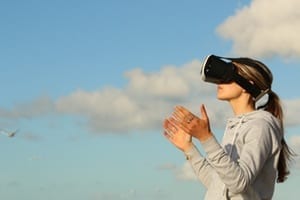 Here is a profile of eight emerging technologies to invest in that should pay dividends in the foreseeable future.

A report by PwC outlines top technology trends emerging now, whether they have been around the block already or are new on the scene. The omnipresence of technology combined with its low cost, global span and ease of use means that changes are being witnessed cross-industry wide.
If PwC think these are the megatrends then there is an opportunity for investors who focus on technology and the future. The speed in which these sectors are changing and growing means investors need to do their research and closely track company progress.
Here are the top technology trends to set your sights on, assessed by markers of projected commercial impact and viability in the next three to seven years.

Arguably the most commonly referenced in our collective consciousness, AI replaces humans in roles making decisions, recognizing speech and translating languages. One subsection is machine learning – programs that are self-taught to become cleverer when exposed to new data.

Additional visual stimulus is layered in the real world, with technology often driven by cell phones. Wearable technology like Google Glass is one example of AR that didn’t live up to the hype but smart contact lenses could continue the legacy. Pokémon Go is the latest tech phenomenon that has managed to match nostalgia with mobile apps. It was developed by Niantic, who used to be owned by Google (NASDAQ:GOOGL).

Distributed Ledger technology was first adopted in 2015 and is now accepted as an efficient and secure way of recording and confirming payments. Invoices and handwritten records will be a thing of the past in place of these automatically triggered electronic transactions.

Drones are aircraft capable of flying without a human pilot present. They are usefully deployed as the eyes in manhunts searching along inaccessible areas. They can be directed independently with onboard computers or managed remotely with a preprogrammed destination. GoPro (NASDAQ:GPRO) expects to enter the consumer drone market in early 2017, launching Karma, which will surely make the company more versatile and interesting for investors.

IoT brings the physical world to life, like your Bosch (NSE:BOSCHLTD) (a key enabler of IoT) refrigerator and thermostat, devices that can link to and read other inanimate objects as long as there is wifi.

These can perform human functions alone, as well as assist or enhance traditionally handheld/handmade endeavours in the surgical arena, obeying a computer’s instructions. TransEnterix (NYSE MKT:TRXC) is a medical device company that is pioneering the use of robotics to improve minimally invasive surgery.

Different to AR in that it operates within a confined space and recreates an entire 3D world. Wearing a headset, users are immersed in a lifelike environment.

Otherwise known as additive manufacturing, objects are created based on digital models and parameters. The “digitization of matter” technique employs inks, for example, glass, metal, plastic and wood. There is good news for pharmaceutical companies and epilepsy sufferers as 3D printed drugs have now been approved by the US Food and Drug Administration (FDA) and printed by Aprecia. Spritam is dissolvable so patients are less likely to skip their medication and risk a seizure.

Don’t forget to follow us @INN_Technology for real-time news updates!
Securities Disclosure: I, Emma Harwood, hold no direct investment interest in any company mentioned in this article.