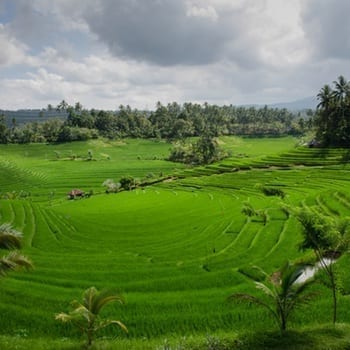 The global biofuels market is said to grow steadily at a compound annual growth rate of 5.87 percent from 2016 to 2020.
Agriculture feedstocks go hand in hand with biofuel production. Robert Wisner, Professor of Economics and Energy Economist in Iowa State University, wrote in an article that due to the rapid growth of the ethanol industry, corn has slowly become an energy crop, apart from being a feed grain. In fact, in 2014 alone, 5,200 million bushels of corn in the US were used for alcohol for fuel.


A company that is poised to benefit from this growing market is biofeuls company Gevo (NASDAQ:GEVO). Headquartered in Englewood, Colorado, the company produces renewable jet fuel, renewable gasoline (isooctane), and isobutanol (IBA). Its isobutanol is produced in a facility in Luverne, Minnesota, while its jet and isooctane are from a biorefinery in Silsbee, Texas.
Recently, Gevo was ranked #10 in the “50 Hottest Companies in the Advanced Bioeconomy” by The Digest, a publication focused on biofuels.
INN spoke with Gevo CEO, Patrick Gruber, about the company, the challenges in the renewable technology sector, and why there has been a huge decline in the stock since last year. Some highlights of our conversation include:

Continue reading below for the full transcript of our conversation with Gevo’s Patrick Gruber. It has been edited for clarity and brevity.
INN: Can you tell us about isobutanol and how it helps the agricultural sector?
Patrick Gruber: Isobutanol is a chemical product that has four carbons and it’s pretty useful in that it makes for very excellent gasoline blend stock, and increases performance: it is non-water soluble, has low vapor pressure and contains high octane and high energy. So it’s attractive in that regard, but it also has many other applications, such as it can be readily converted into making renewable gasoline or into jet fuel, and it also has a market in chemical products. So the target markets of isobutanol are very large. Isobutanol is made from carbohydrates, and carbohydrates are made by plants, and so this is where it starts to impact the agricultural sector — it creates new opportunities for growing things that produce carbohydrates.
The potential of isobutanol is that it can use sugars or carbohydrates from many different kinds of agricultural feedstocks. That will be the case as we hopefully deploy the technology around the world. Here in the US, we focus on using cornstarch. Right now, we also have a partner working to adapt it to molasses in India, and we’ve done work on sugars that come from wood. In fact, we’ve already converted wood sugars into jet fuel and flown this fuel with Alaska Airlines.
INN: How far along is your company in the process, in terms of offtake agreements and testing isobutanol for jet fuel?
PG: We have been producing jet fuel since late 2011. We have a demonstration plant down in Silsbee, Texas, at South Hampton Resources. It took us about six years to get the ASTM certification — ASTM is the large voluntary standards developing organization where volunteer members that are producers, users, consumers, government, and academia from more than 140 countries participate and say what works and what doesn’t. Our fuel finally got cleared through the ASTM process last year, and now we’re able to sell it as jet fuel to be used to power commercial flights.
This certification process took a lot of fuel over the years, and a lot of money to accomplish. Since then, we have a “Heads of Agreement” or an LOI that we announced with Lufthansa. We’re in discussions with lots of other airlines. We’re trying to pin everybody down to see how much do they want exactly, on what terms and when do they want it.
What’s different about us compared to a lot of companies looking to produce renewable jet fuel is that our technology isn’t hypothetical. Our goal is to have multiple airlines participate, and so that’s what we’re working on in discussions with some of the key players.
INN: Does your LOI with Lufthansa have a set quantity?
PG: The way that we do the business development is that when we approach an airline, we want to pin down the tough things. Usually that’s about price, volume and timing — the most important things. Because we want to make sure that everyone understands how much money is at stake. We pin it down that way to save time. We usually want those signed off at a senior level because that saves time when it comes to dealing with lawyers where we actually spend real money to get contracts done. That’s why we do it that way, but the tricky parts are always getting agreement on price. So that’s what we accomplished already with Lufthansa. That helps us understand what price is acceptable in the marketplace as well as a benchmark that helps with everybody else. So that’s where the LOI stands.
INN: So, how does this work in other sectors like rubber manufacturing?
PG: So, with isobutanol, if you strip off the alcohol group from it, i.e. strip off the oxygens, it can be converted into isobutylene. Isobutylene can be further converted into synthetic rubber, in a standard process. Lanxess had worked with us on that long ago. However, butyl rubber has been under price pressure in recent years, so we haven’t focused on it lately because we’ve been making too much progress on the jet fuels and the isooctane.
INN: Does that mean your focus is now on the jet fuel side versus manufacturing or agriculture?
PG: No, think of it as I have several target markets that are attractive: isobutanol for gasoline blends, chemical markets for isobutanol, and isooctane – isooctane is a chemical product used to make renewable gasoline – it’s a way of putting in very high renewable content into gasoline – and then I have jet fuels. And so those are the markets that we think about and in each of them, we have things in the works. All of them have in common that the end products are made from renewable resources, i.e. carbohydrates that will be processed by fermentation, with chemical processes then used to turn the isobutanol into hydrocarbons.