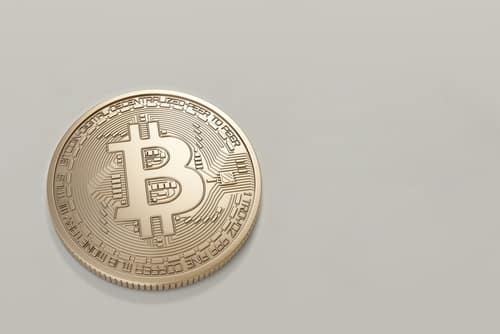 Blockchain technology is regaining momentum after the crypto-winter slump of 2018.

Given its resilience, many believe that blockchain is not going away anytime soon. The technology has been around a lot longer than one might think, and it’s worth attention from tech-focused investors.

A blockchain is a digitized and decentralized public ledger of all cryptocurrency transactions. Blockchains are constantly growing as completed blocks are recorded and added in chronological order, allowing market watchers to track digital currency transactions without central record keeping.

Interest in blockchain development has increased rapidly in recent years, and many are looking for ways to cash in on this exciting industry. Read on for a look at the basics of how to invest in blockchain.

This article continues below the Blockchain Investing Table of Contents.

The articles listed below provide an overview of investing in blockchain from Blockchain Investing News.

Before exploring how to invest in blockchain, it’s important to know its origins. The story more or less starts in 2008, when Satoshi Nakamoto published a paper on bitcoin and the idea for two people or companies to transfer payments without the need for a third-party financial institution.

The first bitcoin was mined in January 2009, and it didn’t take long before cryptocurrency hype began.

Today, blockchain technology is being used in various industries, though it is still mainly used to verify transactions. The appeal is that this technology creates an unalterable record whose authenticity can be verified by anyone using the blockchain — not just a third-party financial institution like a bank.

A blockchain begins with a genesis block that births other blocks, or bundles of transactions. The parent block is always the previous block. The “tip” or “top” is the most recently added. The chain then becomes fossilized under layers of children and subsequent generations of grandchildren.

As mentioned, there are many different uses for blockchain. Unsurprisingly, banking is one of them, with other places it has been implemented including the cybersecurity, networking, internet of things and online music industries. More applications are seen emerging in the future.

How to invest in blockchain

As blockchain technology continues to grow, there will be many opportunities for investors. Blockchain is not a physical asset that can be purchased, so many are turning to other ways of getting exposure. Here’s a look at the three main options for how to invest in blockchain.

Stocks — Investing in stocks is the obvious place to start when thinking of how to invest in blockchain. Below are just a few for investors to choose from. For a more exhaustive list, click here.

Exchange-traded funds (ETFs) — ETFs offer a lower-fee alternative to stocks, and provide access to a basket of blockchain companies to invest in. Here are a handful of blockchain ETFs available in the market. For a more extensive overview, click here.

Crowdfunding — While it might not be an immediate choice on how to invest in blockchain, crowdfunding platforms are an attractive way for investors to jump into blockchain investing. As Ameer Rosic, CEO of Blockgeeks, has said, crowdfunding is an easy way for innovative projects to obtain money.

Uncoupled from bitcoin, blockchain’s future outlook is fascinating and promising. While estimates for market size vary wildly, the consensus seems to be that growth is inevitable once the needed technological infrastructure is in place.

What’s more, in the last few years, 40 central banks have reportedly deployed blockchain technologies, according to the World Economic Forum, and it’s expected that this number will increase dramatically in the coming years. Blockchain is expected to save banks up to $27 billion annually by 2030, says Juniper Research, thereby providing incentives for banks the world over to jump aboard the blockchain train.

In short, it’s clear that blockchain is here for the long haul, which should ease the minds of those who have been wondering how to invest in blockchain.

Editorial Disclosure: Codebase Ventures is a client of the Investing News Network. This article is not paid-for content.