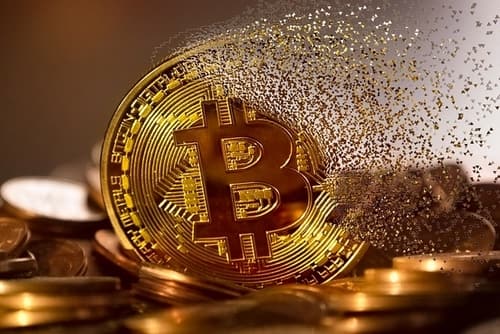 Bitcoin has plummeted a whopping 80 percent since its record highs of just under US$20,000 in December of last year.

Bitcoin plummeted below the US$4,000 threshold on Sunday (November 25) for the first time this year, further extending its record 2018 losses over the last two weeks.

On CNBC’s Squawk Box on Monday, Anthony Pompliano from Morgan Creek Digital Assets, said that an 85 percent decrease from bitcoin’s record high is where the digital currency will end up, which he says puts it at around US$3,000.

When asked about investors who have left the market due to its price decline and if they will ever re-enter, Pompliano explained that bitcoin was already overvalued a year ago when it reached near US$20,000.

“There were more sellers than buyers this year, so the price goes down,” he said, and explained that there are three things investors should remember.

Pompliano said said the first thing to keep in mind is that bitcoin is a transaction settlement layer and is the most secure in the world. “It’s got to be worth something, it can’t be worth zero.”

The second thing to keep in mind is that bitcoin is still the best performing asset class over the last decade, which is up over 400 percent since its inception.

“The third thing is that was all done by retail [investors],” he said.

Pompliano added that one thing to remember about bitcoin’s 2017 bull run is that it was driven by retail investors and 2018’s focus has shifted to institutional investors entering the market.

“Most of these institutional [investors] are not buying on [cryptocurrency] exchanges, they’re buying on the [over-the-counter] OTC market, which we don’t have great transparency into or insight.”

Bitcoin’s latest drastic tumble seems to be a ripple effect from the Bitcoin Cash hard fork that took place on November 15. In the hard fork’s aftermath, there has been arguments on the status of Bitcoin Cash’s future as an asset class, according to Cointelegraph.

One response to “Bitcoin Plunges Below US$4,000”