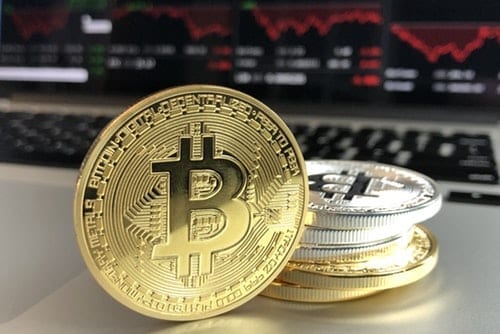 For the first time since October 2017, top digital currency bitcoin hovered around the US$5,000 mark on Monday. This is the second time in a week that bitcoin has fallen to new 2018 lows.

Bitcoin is not exactly having the same year-end push as it did in 2017.

Case in point, the top cryptocurrency has reached new 2018 lows twice in the last week alone and, in turn, its lowest levels since October 2017. On Monday (November 19), bitcoin fell to US$5,101.87 as of 1:48 p.m. EST, according to data from CoinMarketCap.com.

As of the time of this writing, bitcoin is down 9.13 percent over a 24-hour trading period and over 10 percent in the last five days. 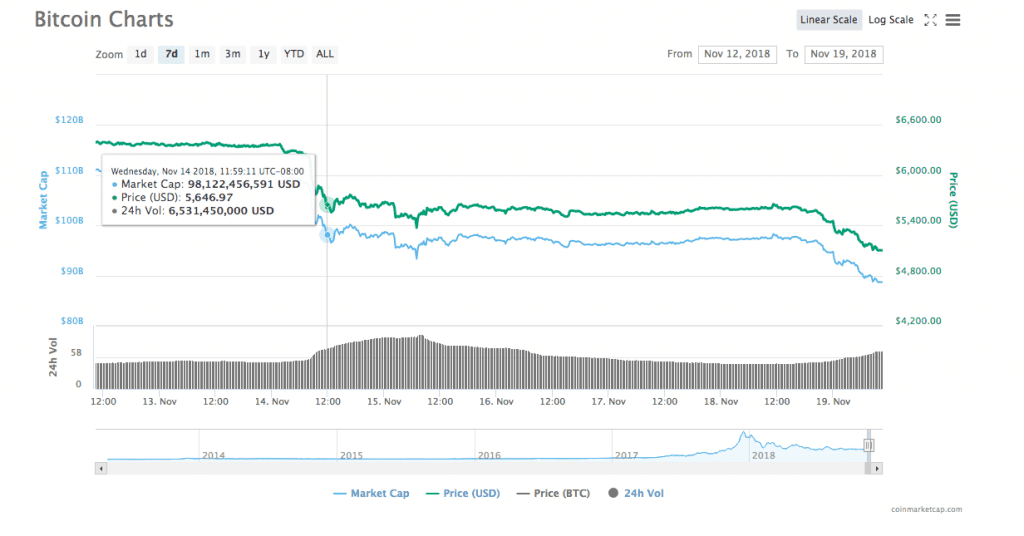 “While most are blaming the Bitcoin cash ‘hard fork’ as a key player behind Bitcoin’s weakness, technicals could have played a role,” Lukman Otunuga, research analyst at FXTM, told Business Insider. “The weekly close under the $6,000 level was a bearish confirmation of further downside.”

“The cryptocurrency has scope to extend losses if sellers are able to conquer the $5,000 level,” Otunuga said.

According to eToro analyst Mati Greenspan, the next “logical level” of support for bitcoin is US$5,000. Should that not hold, the next isn’t until US$3,500.

“With all the falling prices lately, this definitely fits the definition of a buyers market,” Greenspan said, according to CNBC.