By Dave Brown – Exclusive to Resource Investing News At the end of the year when many of the charts representing the historical valuation of the markets are printed, the graphs will show an insignificant marginal gain for the S&amp;P 500 on a week-to-week basis. White washed in this obscurity will be the … Continued 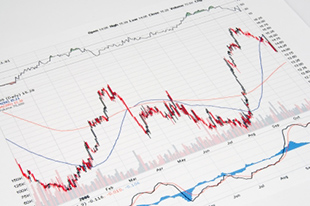 At the end of the year when many of the charts representing the historical valuation of the markets are printed, the graphs will show an insignificant marginal gain for the S&amp;P 500 on a week-to-week basis.

White washed in this obscurity will be the incredible volatility and turmoil which troubled the world of investments and the activity which reflected the intra week behavior of investors. After plummeting 5 per cent in the wake of Lehman Brothers Holdings Inc.’s insolvency, the Bank of America Corp.’s takeover of Merrill Lynch &amp; Co., and the government seizure of American International Group Inc, the S&amp;P 500 finished strongly by jumping 9 per cent in two days on the government’s bail out plans and measures to eliminate the short positions.

The significance of the week was captured in a Reuters article espousing that Friday book ended “a week when the financial landscape underwent the most dramatic reshaping since the Great Depression”. If this did not provide enough excitement for resource investors, futures contracts for commodities and resource equities were over exposed to the volatility; as a result of options and futures on individual stocks expiring at the close of trading on Friday, because of the quadruple switching that occurs once every three months on the economic calendar.

Copper: Cannibalizing Zinc production down under

Even though copper prices have been on the decline, they have not fallen as steeply as some other metals. Due to plummeting zinc prices, OZ Minerals (ASX: OZL) is slashing zinc production at its Golden Grove polymetallic mine in Western Australia, and turning production towards more-profitable copper. On Thursday, the company announced that it would produce about 50,000 tonnes less of zinc in concentrate at Golden Grove than previously announced, electing instead to increase copper production by 14,000 tonnes at the mine. At current London Metal Exchange spot metal prices, the 50,000 tonnes of zinc represents a loss of about US$85 million, while the increase in copper represents about US$95 million.

OZ Minerals is third largest diversified mining company and is the world’s second largest producer of zinc. The company is headquartered in Melbourne and possesses an extensive portfolio of exploration projects and joint ventures across Australia, Asia and North America. Industrial metal copper did experience a sharp, short-term rally on Friday with renewed confidence for the potential U.S. debt rescue plan. Amid some belief that Chinese demand may strengthen as activity resumes after the Olympics, the outlook for the U.S. construction activity has weakened; however for OZ investors exposure to the Chinese is of paramount importance since China consumes about 25 per cent of global copper production, while the United States is estimated to consume 15 per cent.

Uranium: Opportunities in the Land of Oz

In West Australia, the Labor Party is no longer in power, after losing to the Liberals in last Monday’s state election. Toro Energy Ltd. (ASX: TOE) and Energy &amp; Minerals Australia Ltd. (ASX:EMA) led gains in shares of Western Australian uranium explorers earlier this week, as the country’s entire uranium sector shared the positive news of the win by the Liberals, who have promised to allow uranium mining in the state.

Bloomberg has reported that the Liberals want to open the state to uranium miners such as Canada’s Cameco Corp., the world’s biggest producer, and BHP Billiton Ltd. Western Australia holds roughly 10 per cent of the world’s known uranium reserves, with an estimated worth of about US$32 billion at current valuations.