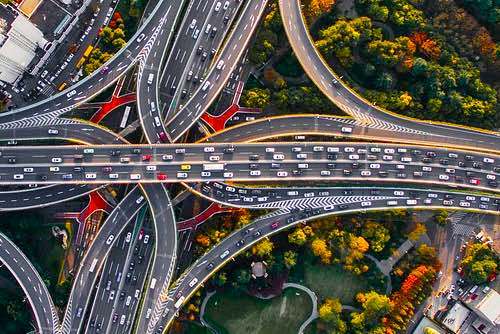 At PDAC the Investing News Network asked industry insiders where the US stands in the battery metals and EV story — and it isn’t in the lead.

In late February of this year, a high-profile, American-made entrant into the electric vehicle (EV) market — the Chevrolet Volt — ceased production in Detroit, Michigan.

The Volt, which was a hybrid, was General Motors’ (NYSE:GM) first foray into EVs, and received high praise from then-US President Barack Obama, who, after a test drive, said that when his presidency was over he’d buy one himself.

The little Volt sedan had a problem, though; it wasn’t a truck, and got the axe when General Motors announced an “accelerated transformation” that “optimized” the Volt and other models built at the Detroit-Hamtramck plant out of existence.

While electric cars and all of their predecessors, current models and derivatives are a long way down the supply chain, in recent months, the strengths and weaknesses of the US’ standing in the EV story have been brought into question, and, according to those in the industry and on the sidelines, it’s mostly a case of weakness in areas from mines, refineries, research and development, to production and sales.

Speaking with the Investing News Network (INN), Corporate Investment Consultant John Pfahl of SRK Consulting said that when it comes to EVs, it is China that is leading the way.

That’s not a unique opinion; in a testimony to the US Senate Committee on Energy and Natural Resources in February, Benchmark Mineral Intelligence Managing Director Simon Moores labeled the US a “bystander” in what he called the “global battery arms race.”

US leaves EVs in the cold

The EV story is as complex as they come, but while the inevitability of EV uptake appears to be locking in around the world, control of the story itself is another matter as China and Europe pull ahead of the US in EV sales.

INN took to the floor at the Prospectors and Developers Association of Canada convention in Toronto to ask battery metals-focused companies what they think of the EV story so far, and how American carmakers fit into the narrative.

The takeaway from multiple interviews was summed up by Michael Dehn, who is vice president of exploration at Jourdan Resources (TSXV:JOR), a lithium exploration company.

“The North American auto producers outside of Tesla (NASDAQ:TSLA) have not embraced EVs,” he said.

Dehn said that within the EV supply chain, the only parts of the industry that have woken up to the US falling behind are the battery producers — reflecting Moores’ take on the US’ role.

He said that the US is “definitely behind Europe and Asia. [The] only place that’s close is California, and they’re not even close.”

The only major carmaker with skin in the game is Ford (NYSE:F), said Dehn, who noted that it is doing deals to incorporate other companies’ technology rather than doing all of its own research and development like Tesla has.

Vice President of Corporate Communications at eCobalt Solutions (TSX:ECS,OTCQX:ECSIF) Fiona Grant Leydier agreed wholeheartedly with Moores’ assessment that the US is, by and large, a bystander.

“In terms of this whole EV revolution, China has been the leader in that space, and Tesla,” she said.

“The issue in the US is there’s no refining capacity for cobalt […] We can produce the cobalt, but then we have to send it out of the US to be refined.”

When it comes to EVs and market uptake, she added that the adoption story is “nebulous” because it’s so early.

Similarly, Frank Santaguida, vice president of exploration at First Cobalt (TSXV:FCC,OTCQX:FTSSF), agreed that the story is happening in Asia.

“The push really is over in Asia — the people that produce the batteries are Japanese and Chinese.”

Rather than simply falling behind, Santaguida said that, in North America, the industry is “losing out on that market.”

Drawing on Moores’ comments on supply security and the US’ place in the arms race, Santaguida noted that it is “becoming a real sentiment that we need to be in control of these things ourselves” when it comes to raw materials such as cobalt — which the US government designated a critical metal in 2017.

The Volt, though, was not a big deal because “Japanese automakers make EVs” and many of those automakers operate in the US.

Santaguida had a similar assessment to Dehn, saying that Ford seems to be the primary mover on securing upstream resources: “I don’t see them allowing themselves to be left behind.”

Bruce K. Richardson of PolyMet Mining (TSX:POM,NYSEAMERICAN:PLM), which is developing a nickel–copper mine in Minnesota, said that “General Motors’ decisions won’t cloud what we’re seeing globally” when it comes to EV uptake, and as for companies operating in that space, it is imperative to “look beyond the North American market.”

Like his colleagues, Richardson pointed to the EV story being mostly in China for now, as it is the primary driver for developments in the market.

Pfahl said that subsidies in China are the major force behind the uptake of EVs there, noting that in the US, “the current administration hasn’t been really supportive” of EVs.

“I think more aggressive subsidies in the US would certainly help, but it doesn’t look likely, and some of the bigger European markets are the only place where you’d see it, but right now, it can all happen in China […] as long as they keep being aggressive with the subsidies,” he said.

When asked if China is making EVs its own story, Pfahl said it doesn’t have to be all about China, “but China is pushing the hardest, so [the country is] making it [its] story.”

For Pfahl as well, the demise of the Volt didn’t register as a major event.

“The Volt was never a big seller anyway, and plus the Volt was a hybrid — it wasn’t a true EV.

“I think that that was simply [the] manufacturer recognizing early development vehicles probably weren’t for the masses, and you might as well cut a vehicle that’s not cutting it and build something that works better,” he said.

General Motors’ commitment to EVs will be through its Cadillac luxury brand, as per its 2019 outlook. Notably, Cadillac has a major presence in China, with its facilities manufacturing six models there for the Chinese market. In the same outlook, General Motors said that its largest market, the US, is backed by its portfolio of trucks.

Pfahl said that General Motors’ commitment to EVs is tough to assess, but added that its sole fully electric offering on the American market, the Bolt, “is a much better vehicle from an EV standpoint than the Volt ever was.”

For now, the EV story might appear to be a Chinese one — or, at least, a story that the US doesn’t lead the way in. Manufacturers are giving consumers in the States what they want: SUVs, which European carmakers are starting to convert into EVs, anyway.

In 2019, over two years after Obama’s presidency ended, there’s no word on whether he’s humming around silently in a Volt.

See our exclusive index of Resource companies on the move
EXPLORE