In an interview with Resource Investing News, the bourse’s president stressed communication and flexibility in dealing with the sector’s struggles, but disputed predictions of a looming shakeout. 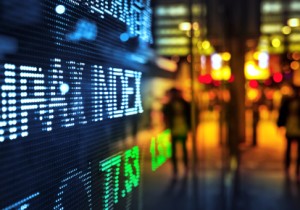 The TSX Venture Exchange, where most Canadian junior resource stocks are listed, saw a significant drop in trading volumes last year, with the number of shares changing hands falling 32.8 percent and the overall value of those trades slumping 44.5 percent. That’s according to a January 4, 2013 press release from TMX Group (TSX:X), which owns and operates markets such as the TSX Venture, the Toronto Stock Exchange, the Montreal Exchange (for derivatives), the Natural Gas Exchange and the Boston Options Exchange.

In the last 12 months, the TSX Venture Composite Index has fallen roughly 30 percent, closing at 1,022 points on Friday, a level it hasn’t seen since April 2009.

At the same time, as we reported on April 9, pundits including John Kaiser, publisher of the Kaiser Bottom-Fishing Report newsletter, are warning that as many as 500 juniors are about to be wiped out. In a December article, Kaiser revealed that of the 1,803 junior mining companies he was tracking, 632 had less than $200,000 of working capital on hand.

John McCoach, president of the exchange, acknowledges the struggles that juniors are currently facing, but feels that predictions of the imminent demise of so many TSXV-listed firms are off the mark.

“Certainly the market is challenging for a number of our customers, and many are having a more difficult time raising funds,” he said in an April 12, 2013 phone interview. “However, many are still raising money and still have cash from when the market was stronger in 2009 and 2010.”

In light of the challenging conditions, McCoach said the exchange is doing what it can to help “minimize the pain” for companies that are running short of cash. For example, it has introduced temporary relief measures; these were set to expire this month, but will now be extended until August, according to an April 12 press release from the exchange.

“The main measure is that we’re waiving a rule that prohibits financings under $0.05 a share,” he said. “We normally encourage companies to consolidate instead of financing for pennies a share, but consolidation takes time. So we’re waiving that rule with certain provisions. For example, we’re asking companies to show us that it’s a maintenance financing, or to keep operations moving, and not to make an acquisition, for example. We’re also limiting the number of shares issued to insiders.”

Some estimates put the cost of keeping a company listed on the TSXV at up to $200,000 a year. In light of juniors’ struggles, would the exchange consider lowering its fees? “I won’t argue with the $200,000 figure, but there is a wide range, depending on how active the company is, the number of acquisitions it makes, the number of financings and so on. For a company that’s simply focusing on advancing a project, the cost is less than $100,000. I don’t think [lowering fees from this level] is going to move the needle much.”

Despite the challenging conditions, McCoach took issue with doomsday forecasts like Kaiser’s. “We are close to the situation, constantly in contact with our customers and monitoring conditions very carefully,” he said. “I don’t believe there will be a dramatic number of companies that delist. It’s too early to predict, but it will be nothing close to 500. A few companies unfortunately won’t make it, but I think the story will be that the pundits got it wrong. The number of companies that have paid their sustaining fees so far this year, for example, is actually ahead of past years.”

Earlier this year, MacDonald Mines Exploration (TSXV:BMK) put out a press release in which company CEO Kirk McKinnon laid out a laundry list of troubles that he sees as bedeviling the sector. One issue he pointed to was the practice of high-frequency trading, which involves the use of powerful computers to scan markets and place buy and sell orders, many of which are later canceled, in fractions of a second. These trades are often made using automated algorithms.

John Mavridis, a lawyer at business law and consulting firm Newhouse Strategic Counsel, laid out the problem posed by high-frequency trading in a January 17 Resource Investing News article. “Say a particular stock closes at $0.10,” he said. “The next morning at 9:26, just before the market opens, an algorithm places a bid for a huge number of shares at $0.09. A few minutes later, an offer appears from the same bank to sell the same amount of shares at the same price or slightly higher. That creates an artificial confusion in the market. People see these big orders, particularly when no news appears to be driving them, and wonder what’s going on. It freezes them up.”

“I saw that press release and spoke to Mr. McKinnon,” said McCoach. “He’s a person who cares about the market, and a number of people share his view, while others don’t feel it’s a major problem. Right now, high-frequency trading accounts for about 6 percent of the volume on the TSX Venture Exchange, though it’s not spread evenly across all companies. There are lots of opinions about the problems facing the markets right now. Some feel high-frequency trading is the problem, others see costs as an issue, while others feel changes to the know-your-client form for brokers are hurting interest in junior mining stocks.”

“My view is that markets are affected by dozens of factors that all play a part of the market cycle, including macroeconomic factors such as resource prices,” he added. “Right now, high-frequency trading is not at a level that it is creating problems in and of itself.”

As the Financial Post reported on April 10, the TSX Venture Exchange is planning to hold two town hall meetings, one in Vancouver and one in Calgary, later this month. McCoach also said the exchange is considering adding two more sessions, in Montreal and Toronto, though the details haven’t been finalized yet.

He sees these meetings as a way to brainstorm new approaches to the industry’s struggles. “These meetings are an opportunity to bring the Venture community together, including companies, lawyers, analysts and other stakeholders,” he said. “It’s important to share ideas. Some will want to talk about the problems we’re facing, but the focus will be on how we can work together.”

Rick Rule, Mickey Fulp, Lawrence Roulston: What to Do With Your Depressed Junior Mining Stocks