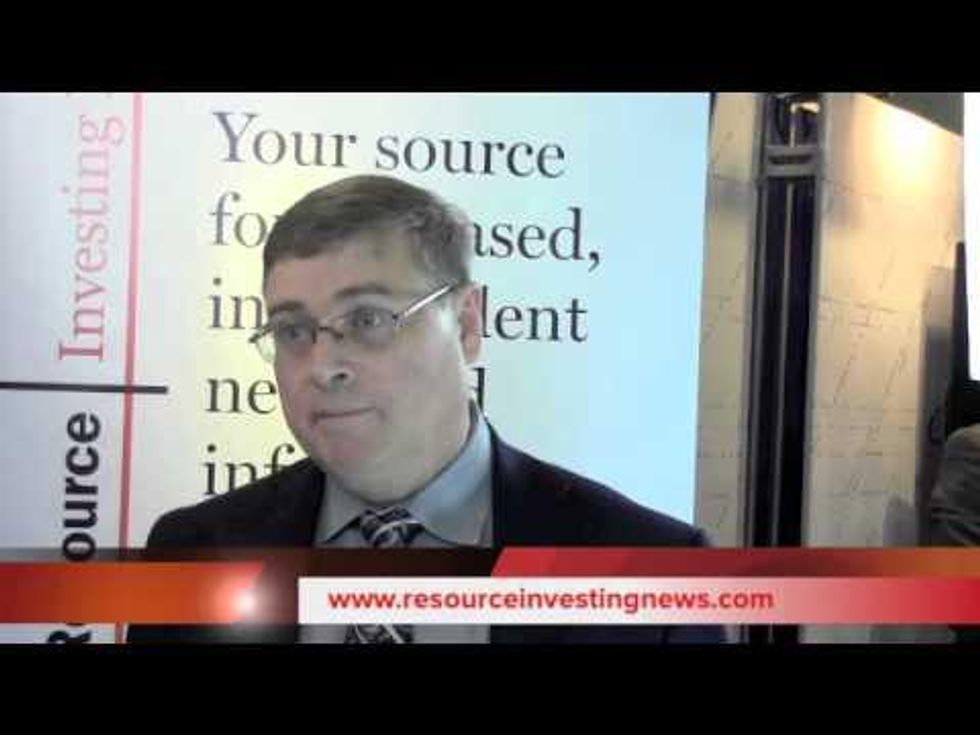 How huge automated buy and sell orders are freezing out investment on the TSX Venture exchange.

MacDonald Mines Exploration (TSXV:BMK) recently put out a press release that grabbed a lot of attention in the junior mining community. The release, which came out on January 9, is an update on the drilling program the company plans to conduct at its Butler property, located in Ontario’s Ring of Fire, early this year.

But it also contains what the company calls a “background on [the] current mining exploration environment.” And that environment is looking increasingly difficult, according to MacDonald’s president and CEO, Kirk McKinnon, who states in the release that the industry is being “decimated” as juniors continue to struggle to secure financing.

McKinnon is not the only one concerned about the sector. Other industry watchers, like John Kaiser, publisher of the Kaiser Bottom-Fish Report newsletter, have also commented on the industry’s struggles. In a December article, Kaiser revealed that of the 1,803 junior mining companies he is currently tracking, 632 have less than $200,000 of working capital.

Making matters worse, according to McKinnon, is the practice of high-frequency trading (HFT), which involves using powerful computers to scan markets and place buy and sell orders — many of which are later canceled — in fractions of a second. These trades are often made using automated algorithms based on preset criteria. Speed is the key: so important is fast execution that some HFT firms place their servers next to exchange servers in order to shave milliseconds off the communication time between the two, a Financial Times article notes.

HFT activity has exploded in recent years. The Investment Industry Regulatory Organization of Canada (IIROC) recently released a study of HFT on Canadian equity markets. It analyzes traders that were flagged as employing these types of strategies.

The question for individual investors is why HFT, which is typically employed on the major exchanges, is being used on a relatively small exchange like the TSX Venture.

“Algorithmic trading works well with high-volume stocks, but there is no money in it with these penny stocks,” said John Mavridis, a lawyer at business law and consulting firm Newhouse Strategic Counsel, in a January 17 phone interview. “These are just algorithms. There is no one awake at the switch. A portfolio manager simply says ‘go out and find me the best price on these types of stocks,’ and the algorithm works by firing off orders. It doesn’t pay attention to the companies themselves.”

The TSX Venture, however, has always been more of a retail exchange, said Mavridis, aimed at giving smaller companies access to capital markets. That makes it unsuited to high-speed tactics like these.

“Say a particular stock closes at $0.10,” he said. “The next morning at 9:26, just before the market opens, an algorithm places a bid for a huge number of shares at $0.09. A few minutes later, an offer appears from the same bank to sell the same amount of shares at the same price or slightly higher. That creates an artificial confusion in the market. People see these big orders, particularly when no news appears to be driving them, and wonder what’s going on. It freezes them up.”

“As well, because these orders are placed before the market opens,” he added, “they can get in ahead of individual investors.”

John Kaiser, a mining analyst who runs the Kaiser Research web portal, said in a recent interview with the Investing News Network that algorithmic trading ignores company fundamentals and wreaks havoc in the trading system.

As Mavridis points out in an August background paper on the effect of trading algorithms on the small-cap market, IIROC has rules in place to deal with potentially manipulative or deceptive trading activity. But as he notes, the rules “are contravened only if there are trades with the intention to create a false or misleading appearance of trading activity or interest in the purchase or sale of a security or an artificial bid, ask or sale price.”

However, it’s hard to ascribe intent to an algorithm. “There is no outward criminal intent,” said Mavridis. “People are just using the system as it exists.”

Investment firms also need to be more careful about the stocks their programs target. “You just need to put in a trigger. Say if a stock’s trading volume is less than 1 million shares in a week, it stays off your radar. The cost of fixing the software would be peanuts compared to the amount of damage these trades cause to investors and companies over a period of years.”

McKinnon, for his part, has a simpler solution: “Stop the high-frequency trading,” he wrote in his press release.