A look at 15 mining and energy stocks that beat the odds and put on strong runs this year. 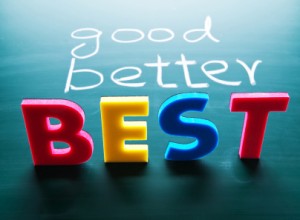 With the slowdown in China, a sluggish recovery in the US and a tight financing market for juniors, it’s been a challenging year for resource companies. But despite the tough market, some firms made big resource discoveries, attracted takeovers and had other huge successes that caused their stock prices to skyrocket — making their shareholders very happy.

Here’s a look at 10 stocks on the Toronto Venture Exchange and 5 on the Toronto Stock Exchange that gained the most this year. We used year-to-date gains as our criteria. If there is a stock that we missed, let us know at editor@resourceinvestingnews.com.

Emperor has exploration properties and projects nearing production in Turkey and Sudan. Operating in these countries can be risky, but Emperor continues to invest, and recently signed a memorandum of understanding to acquire 85 percent of a 50-percent interest in the 10,000-square-kilometer Block 7 concession in Sudan. “East Africa wants oil development,” Emperor’s CEO, Andrew McCarthy, was recently quoted as saying by Seeking Alpha. “Infrastructure is an issue, though Sudan is in much better shape than most here.”

Based in Thunder Bay, Ontario, Zenyatta is currently exploring for nickel, copper and platinum group metals at its Albany project in the James Bay Lowlands. Cliffs Natural Resources (NYSE:CLF) owns 12.7 percent of Zenyatta. The stock rose sharply in April and May as the company’s drilling intersected wide zones of graphite at Albany.

Reservoir is developing metals- and mineral-exploration projects in Serbia and Western Africa. The stock began moving up in earnest in July, after the company said it had struck significant copper and gold mineralization at its Timok project in Serbia. It jumped again in early September on more positive results from Timok, as well as news that the company had raised $5.5 million from the exercise of warrants issued in 2011.

Vancouver-based Africa Oil is focused on its oil and gas assets in Kenya, Ethiopia, Mali and Somalia. The stock’s sharp rise began in March, after the company announced that it had discovered 20 meters of net oil pay at its Ngamia-1 well in Namibia. However, it recently gave back some of those gains after a recent oil discovery at its 50-percent-owned Twiga South-1 well in Kenya disappointed some analysts.

Goldeneye is a capital pool company that aims to evaluate assets or businesses with the goal of making a qualifying transaction. In November, Goldeneye entered into a letter of intent to acquire an interest in the Keyes Dome project in Oklahoma, which consists of 3,200 acres in five sections of oil and gas leases.

7. Rotation Minerals (TSXV:ROT); current price: $1.86; year-to-date gain: 272 percent; 52-week high: $4.10; 52-week low: $0.50. Focused on British Columbia and Alaska, Rotation mainly explores for gold and silver. The company holds an option to acquire 50 percent of the Four J’s property in Stewart, BC, as well as options to buy stakes in other assets. Rotation is relatively new to the TSX Venture Exchange, having only begun trading in October 2011.

Toronto-based Changfeng aims to become one of Southern China’s predominant natural gas service providers. The company owns a gas-distribution utility in China that serves commercial, industrial and residential customers. It also operates a compressed natural gas station in Changsa City, Hunan Province. The company recently said that it plans to repurchase and cancel up to 3 million of its shares.

Argex is transitioning from being an exploration company to being a near-term producer of titanium dioxide, iron and vanadium pentoxide. The company has developed a process for producing titanium dioxide at a high level of purity; this strategy is now running at its mini plant in Mississauga, Ontario. Argex also owns 100 percent of the Mouchalagane iron ore property in Canada’s Labrador Trough.

PetroAmerica is focused on light and medium oil in Colombia, where it has assembled a number of prospective oil properties. The stock recently jumped after the company reported positive testing results from its Las Maracas-5 well.

Polaris sells aggregates such as sand, gravel and concrete from its Orca quarry in California. These products are used in a range of infrastructure projects along the Pacific coast of North America. In its latest quarter, Polaris sold 632,000 tons of aggregates, up 31 percent from a year ago. Revenue rose 35 percent, to $9.1 million. The company lost $3.4 million, or $0.06 a share, a slight improvement over the $3.5 million, or $0.07 a share, that it lost a year earlier.

DeeThree mainly explores for and produces oil, gas and natural gas liquids at its properties in the Peace River Arch area and the Brazeau region, both in Alberta. In the third quarter, it achieved record output of 4,692 barrels of oil equivalent per day, up 120 percent from a year ago. Cash flow from operations soared 276 percent, to $14.3 million.

Corvus currently holds four early-stage to advanced exploration projects in Alaska, one in Nevada and one in Quebec. The company recently added approximately 23.5 square kilometers of land to its North Bullfrog project in Nevada after discovering a high-grade gold-silver vein on the property.

Petrowest is an energy services company that focuses on exploration and drilling activity in Western Canada. It also provides services for civil and industrial projects, disposes of hazardous waste, crushes gravel and hauls heavy loads, such as mining equipment and pipe. In the latest quarter, Petrowest’s earnings jumped to $6.7 million from negative $220,000 a year ago. Revenue hit $59.9 million, up 8.3 percent from a year ago.

Caza acquires, develops and explores for oil and gas in the US, specifically in the Permian Basin and the Gulf Coast. The stock recently rose after the company reported initial production at its Caza Ridge horizontal Bone Spring well in New Mexico.

5 Top Weekly TSX Stocks: Oil and Gas Stocks Up
As Psychedelics Go Mainstream, Can the Industry Keep its Heart?
The Copper Price Today: A Brief Overview
Is Peak Copper Coming?