By Melissa Pistilli-Exclusive to Resource Investing News Copper Investing News Copper futures fell early in the week as US consumer confidence lagged and a stronger dollar over a weak euro pushed prices down. Despite this short-term downturn, longer term projections for copper are positive as world copper stockpiles are expected to fall with mining companies … Continued 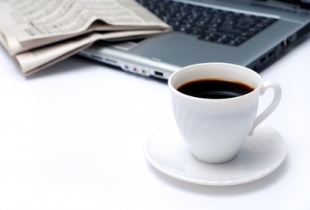 Copper futures fell early in the week as US consumer confidence lagged and a stronger dollar over a weak euro pushed prices down.

Despite this short-term downturn, longer term projections for copper are positive as world copper stockpiles are expected to fall with mining companies struggling to increase output.  Some expect demand to rise by 6 per cent this year amidst volatile prices.

Companies making news include Anglo American, Lundin Mining and Augusta Resource Corporation. Anglo American is selling off assets to focus more on copper and iron ore in South America. The company has $1 billion in development expenditures planned for mines in Chile this year.

Lundin Mining’s measured and indicated copper reserves have increased by 44 per cent. The addition of three deposits at its Tenke Fungurume joint venture in DR Congo has increased its share of proven and probable reserves from 1.1 million tonnes of contained copper to 4.2 million tonnes.

Augusta Resources is seeking to raise C$32,505,000 for general working capital and to advance the Rosemount Copper property in Arizona to development.

Worries over a deepening recession, Greece’s sovereign debt issues and a stronger dollar pushed gold down as low as $1087.70 an ounce in early trading Thursday; but gold managed to bounce back to close around $1106 an ounce on technical buying and sketchy rumours involving China and IMF gold purchases.

Gold’s status as a safe haven investment has really changed over the past several months as low interest rates have contributed to turning the yellow metal into a risk play that loses investor interest once risk-aversion sets into the market and traders flock to the dollar instead.

Some analysts expect gold to hold in the range of $1074 and $1130 an ounce over the short- to medium-term while the more bullish set still see gold breaching $2000 this year or next.

India, the biggest importer of potash in 2009 and fully reliant on foreign supply, is looking to secure potash supplies for the rest of the year and there are rumours India will offer a max of $350 per tonne for the year starting April 1.

India’s growing budget deficit means it must try to secure supply at lower prices in order to cut fertilizer subsidies and still ensure the health of the agricultural sector, the country’s largest employer. But, resurgence in global demand may make it hard for India to find a supplier willing to meet such low prices.

In company news, MagIndustries Corporation has received final approval on its Environmental and Social Impact Assessment Study for construction of its Mengo Potash Project in the DR Congo.

Over the medium- to long-term, analysts expect strong industrial demand and continued investment demand to support higher silver prices, which is good news for silver companies.

Some of my favourites are making the news this week: Silvercorp Metals [TSX: SVM], Hecla Mining [NYSE: HL] and Silver Wheaton [TSX: SLW].

Silvercorp is picking up the Silvertip advanced silver-lead-zinc property in northern BC from Silver Standard Resources [NASDAQ: SSRI] for C$15 million.

Last year was a record year in silver production fro Hecla with a 26 per cent increase over 2008. The company is “in the best shape it has ever been in” with $105 million in cash, no bank debt and about $165 million available to grow its current projects and make acquisitions.

Silver Wheaton is looking to pay $230 million to Rosemont Copper for the rights to all future silver and gold by-product produced from the miner’s proposed copper project in Arizona.

Apple recently published a report addressing how they are taking their suppliers to task for labour and ethical standards including their tantalum capacitor suppliers. The company says it is actively looking for ways to identify problems in its supply chain and to ensure their products are free of conflict minerals.

Apple is a member of the Extractives Workgroup, which is “focused on the extraction of minerals used by the electronics industry and their movement through its supply chains.” The group has commissioned RESOLVE to map the tantalum and tin supply chain. The Enough Project is way ahead of them and their findings are discussed in “From Mine to Mobile Phone” available on their website.