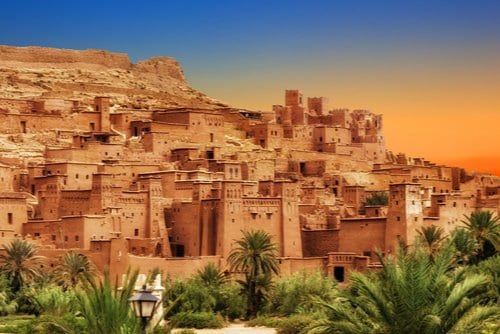 Trigon Metals has entered into a deal to acquire the Silver Hill project in Morocco, where the company hopes to build its copper business.

Africa-focused junior Trigon Metals (TSXV:TM) has entered into a deal to acquire the Silver Hill project in Morocco.

The Anti-Atlas region of Morocco, where Silver Hill is located, is home to some of Africa’s most prolific silver deposits and operations.

However, Trigon’s interest in the project centers around the significant copper mineralization at the site.

Early surface exploration performed by a governmental organization indicates that “mineralization at high grades distributed over a wide surface area.”

According to the company, ancient slags with a 2.5 percent copper grading are widely distributed across the concession surface, which is indicative of ancient mining and primitive metal recovery.

There are also evidence of historical shallow mine shafts, which Trigon believes alludes to the potential of the project at depth.

“New areas of copper production are important as production declines from the Andean resources on which the world has come to depend for the last 30 years,” reads the company’s announcement.

“We aim to explore and develop new copper resources in mining-friendly African jurisdictions. Strong silver grades at Silver Hill fit nicely with the Kombat mine, our asset in Namibia, where silver is already a meaningful by-product credit.”

As mentioned, Morocco is one of the continent’s premier sliver-mining jurisdictions; however, the African nation is also home to a number of other sectors. Most notably, 90 percent of the world’s phosphate supply originates in Morocco.

Trigon will pay an initial C$500,000 in cash to the undisclosed vendor. The company will also issue common shares totaling C$750,000.

Once a resource estimate for Silver Hill is complete, and Trigon has indicated a deposit of at least 100,000 metric tons of contained copper, it will issue C$1.2 million in shares to the vendor.

Best Junior Gold Stocks of 2020 on the TSXV
9 Top Iron-producing Countries
Fertilizers: The Difference Between Potash and Phosphate
Top Cobalt Production by Country