While investor demand for silver is credited for such a bullish outlook amongst analysts, a new report from VM Group/Fortis Bank Nederland shows industrial demand, especially from new uses and increased demand from China, will have a significant impact on silver prices going forward. 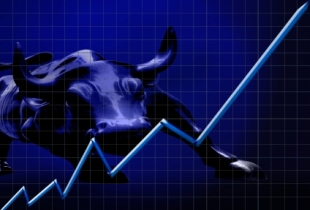 Weekend news that China would grant more flexibility in the yuan dominated the markets, which foresaw a weaker dollar, pushing precious metals and other commodities prices higher.

After breaking past the $19 level and climbing to its highest point in four weeks, the price of silver suffered a huge drop Monday afternoon in New York to close at $18.72 an ounce. The Chinese currency story had wetted speculators appetites for risk, leading to sell-offs in safe-haven positions to free up cash. As the dollar gained, the white metal traded mostly sideways along with gold on Tuesday for a close of $18.80. Wednesday, silver prices started the trading day off with an over .40 cent drop as gold lost a few bucks.

Despite recent favorable supply/demand fundamentals reports linked to silver’s industrial role, the precious metal looks to be following the price trajectory of its yellow kin. However, recent forecasts from analysts at major financial institutions show silver prices gaining further ground over the next few years.

Merrill Lynch analysts Francisco Blanch, Alex Tonks and Michael Widmer’s recent report shows confidence in precious metals price performance in the medium to long term. The trio sees “further upside” for silver prices with an average of $21 an ounce in 2012.

“Our positive view on gold and silver prices is heavily influenced by the current macroeconomic environment,” say the analysts who believe the rise in money supply brought on by central banks’ monetary policies, soaring sovereign debt and the potential for depressed GDP growth will have a “significant impact” on silver and gold.

Eugene Weinberg, head of commodity research at Commerzbank AG, says silver may reach as high as $21 an ounce by the end of this year, climbing to as much as $23 in 2011, moving higher with gold and the global economic recovery.

While investor demand for silver is credited for such a bullish outlook amongst analysts, a new report from VM Group/Fortis Bank Nederland shows industrial demand, especially from new uses and increased demand from China, will have a significant impact on silver prices going forward.

Growing global demand for silver from both the investment and the industrial markets is likely to put a squeeze on available supply. No doubt the long term fundamentals for silver are “more convincingly bullish that they have been for some time,” notes the Silver Book.

The Silver Book forecasts a 50 million ounce increase in global demand by 2011, pointing to recovery in industrial demand. The fields of solar energy, medical and water purification will have an even greater influence over the next ten years as demand for silver from these sectors is likely to increase by 400 percent and account for about a quarter of total global silver demand, according to the report.

Since demand from the photographic sector and the jewelry industry has waned, supply has grown resulting in a market surplus of 7,200 tons this year. Investment demand has become the basis for price support over industrial demand the past few years, but as new technologies boost demand for silver, that may soon change.

“We estimate these new end uses, comprising solar, medical, textile, radio frequency identification, water purification, and food hygiene, among others, will more than offset the decline in photographic consumption and lead to the silver market surplus eroding significantly by 2020,” said the Silver Book.

The Global X Silver Miners ETF [NYSE:SIL] provides serious investors with a great opportunity to gain exposure to rising silver prices that may even offer better returns than ETFs based on holdings in the physical metal.

Since its launch in April, the fund has drawn a lot of interest and has risen in value by around 12 percent, compared to 5 percent by iShares Silver Trust [NYSE:SLV], notes The Street’s Don Dion.

Dion adds the important caveat, “SIL should not be considered a safe-haven investment like gold or silver. Instead it is more of an aggressive play for investors that want to catch a rally in silver prices.”