William Tankard, director of precious metals and mining at Thomson Reuters, believes that silver is “probably at or around the turning point.” 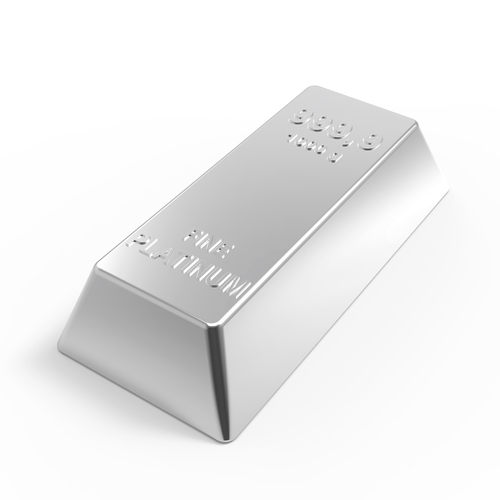 Last week’s PDAC convention, held in Toronto, brought dozens of thought leaders into the same space. And while gold may have garnered the most focus, other commodities certainly got some attention too.

On the silver side, one highlight was the presentation given by William Tankard, director of precious metals and mining at Thomson Reuters. While he gave some insight on platinum and palladium as well, he also spent a good chunk of his talk discussing the white metal and what’s in store for it moving forward.

Looking back at silver

Before discussing his outlook for silver, Tankard took the time to go over what’s been going on with the metal as far back as the last decade.

“I think it’s interesting to see that within the silver market what has happened is the market has always expanded quite materially … but what we’ve seen is jewelry remain relatively sturdy over that period of time in market share,” he said. “You’ve seen strong increases in the role of investment, up from less than 10 percent to around 20 percent, one-fifth of the market,” while demand from the photography sector has waned. Meanwhile, industrial fabrication has “expand[ed] from less than half to over half of the demand.”

Amid those developments there’s been a “curtailment of scrap flow” on the supply side and “an increase in mine production,” said Tankard. Specifically, “production from the mining space [has increased] from … just over two-thirds to close to five-sixths.” That, he noted, largely came on the back of “the run up in the silver price over the course of the last decade,” but another driver has been “the increasing role of the other metals that are complementary to silver in the supply-side equation.” As Tankard pointed out, only about a quarter of silver production comes from primary silver mines, with the rest coming from gold mines, lead–zinc mines and copper mines; when prices for — and production of — those metals rose, more silver also came online.

Looking at silver’s more recent past, Tankard noted that what’s interesting to him is that despite silver’s low price these past 18 months, “you have not yet seen a supply-side response … or certainly not one that you would logically correlate.” Expanding, he said, “over the course of those 18, 24 months you’ve actually seen producers responding to low prices with a view to protecting margins, looking to extract ores at a higher grade.” The result has been an increase in silver production.

That, he said, has “placed an emphasis on investment demand,” with investors “very happy” to take up the increased silver on the market. As a result, though there’s been “a drop off in investment in dollar terms as the price of silver has been on the slide, what you’ve actually seen is investment in absolute terms, in terms of millions of ounces, remain relatively robust” over the last five years or so.

In terms of demand, Tankard said he finds the way the ETF market has behaved “particularly interesting.” He noted that from 2013 onward there was “a real pullback in the amount of gold being taken on by the ETFs,” while in the silver market “holdings increas[ed] and then remain[ed] relatively steady — “certainly [there was] unabated investment demand.”

It’s his belief that the difference is the result of the fact that silver market investment is “somewhat more retail investor based,” with participants “less likely to be moving in in a big way and then moving out quickly.”

On a different note, Tankard pointed out that “discretionary purchases of silver jewelry and silverware” are likely to increase now that silver is under $20. That’s an aspect of demand that suffered when the white metal climbed near $50.

Summing up his thoughts on silver, Tankard commented, “looking at what we see over the course of the next year or two, on balance I think it’s fair to say that we’re cautiously optimistic.” It’s his opinion that while silver has taken a hit thus far in 2015 — recently dropping to its lowest point in three months — “we’re probably at or around the turning point.”

Expanding, he noted that while the prospect of the US Federal Reserve tightening interest rates has been a “specter” for the last six to nine months, that threat has “progressively pric[ed] investor positioning into a lower silver price.” As a result, he’s of the view that “the likelihood of things developing adversely once we get to the position of a lift in rates is probably relatively subdued.”

Danielle DiMartino Booth: “The Fed Has Overstepped its Bounds”
Ways to Invest in Agriculture
How Low Could the Silver Price Go?
What Was the Highest Price for Silver?