Silver prices fell as ECB announced lowering both interest rates and bank reserve ratios to create liquidity for European banking institutions. While the announcement should have stimulated the markets, the ECB stated that it would not purchase bonds in order to ease sovereign debt issues. 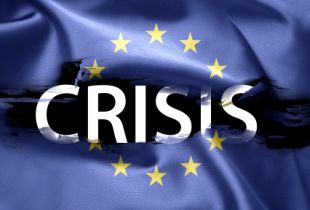 Silver prices were down on Thursday with renewed anxiety in European capital markets. The sell-off for silver may also have been exacerbated by a positive US economic data and a stronger greenback. On the day, silver prices dropped $0.85, down to $31.66 per ounce, a decline of 2.61 percent.

The new ECB President Mario Draghi, cut interest rates by a quarter of a percent, negating the previous rate hikes from the former president. In order to ease liquidity the ECB also lowered the reserve ratio for European banks. While this was hoped to have a calming effect in the Eurozone, the announcement had quite the opposite effect. The S&P 500 has fallen 2.11 percent, the DIA, NASDAQ, and both silver and gold prices fell.

The negative reaction to the announcement is due to the remarks the bank’s Chief made when asked whether the ECB would increase bond purchases to stabilize the sovereign debt crisis, Draghi’s answer was simply, no.

The announcement came as European leaders meet in Brussels in an effort to deal with the crisis.

“Never has the risk of Europe exploding been so big,” stated French President Nicholas Sarkozy, adding, “The diagnosis is that the euro, which should inspire confidence, is not inspiring this confidence. If there is no deal on Friday, there will be no second chance.”

While the market has been focused on the economic scenario in Europe for a while now, the reluctance to act in the short term has put the focus right back on to Europe. More importantly, the lack of a concise plan to deal with the debt issues has led investors to pull money off of the table.

“The market is once again completely focused on what’s going on in the Eurozone,” stated Matthew Zeman, a strategist at Kingsview Financial in Chicago. He added, “Gold has been acting like any other risk asset. When people go into risk-off mode, gold suffers the consequences, like everything else, while the dollar and treasuries benefit.”

This is precisely what happened. The euro lost ground falling to 1.3346, and the US dollar index gained 0.41 percent up to 78.82. The US dollar was also helped by positive jobs data showing new jobless claims have fallen to a nine-month low.

All of these factors are weighing down commodities as the threat of another recession looms. For silver, the fear of reduced industrial demand, as well as a stronger greenback is prompting investors to vote with their feet, and walk away. For silver prices in the near term a plan to deal with sovereign debt issues is vital.

According to precious metals analyst Jim Wyckoff of Kitco, technical support is at $30.74 per ounce (the November low), and resistance is $34.00 per ounce.