Wayne Atwell, Managing Director at Casimir Capital, attributes much of silver’s recent success to investors looking for a less expensive “safe-haven” alternative to gold, in light of worries over the future of global monetary systems, particularly, in the United States and some European Union nations. 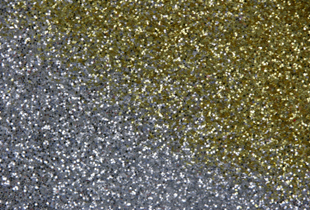 The gold to silver ratio—the number of silver ounces needed to buy an ounce of gold—dropped to just above 45:1 on Tuesday February 8, 2011, marking silver’s highest value relative to gold in the past five-years.

Wayne Atwell, Managing Director at Casimir Capital, attributes much of silver’s recent success to investors looking for a less expensive “safe-haven” alternative to gold, in light of worries over the future of global monetary systems, particularly, in the United States and some European Union nations.

“Suddenly with the anxiety level that’s surfaced about sovereign debt and municipal deficits, people are turning to alternative ways to hedge themselves and I think people felt silver was cheap based on where it has been historically, so they jumped on the bandwagon,” says Atwell.

A change in the gold to silver ratio can either come from gold dropping in value and silver holding its own, or silver moving up against the price of gold in relative value. In this case, Atwell says that the ratio change in silver’s favor is more an indication of investors looking for another second safe investment in precious metals than a lack of interest in gold.

“It doesn’t reflect poorly on the performance of gold, it reflects the fact that silver had not participated as much and now suddenly people are figuring it’s going to play catch-up,” said Atwell. “Gold has been very strong until up about the last month or so as it’s been going through a bit of a correction. Silver was initially left in the dust, but now people are gravitating towards it and it’s been a lot stronger in the past six to 12 months.”

For centuries, the historical norm for the gold to silver ratio was below 20:1, averaging at about 15:1. Gold discoveries caused the ratio to rise, meaning silver became less valuable relative to gold. Finally, on August 15, 1971, US President Richard Nixon announce that gold would no longer be pegged to the dollar, and since that time the gold to silver ratio has soared. In early 1991, the gold to sliver ration reached an all-time high of 100.82. Since then, the gold-to-silver price ratio never went below 41.51.

Silver, more commonly used on an industrial level, is not a place investors usually turn to as an initial hedge against inflation. Atwell says that now, the mineral is riding on a lot of momentum from speculative investors anticipating a rise in interest for the precious metal.

“If a metal or a commodity or a stock is moving upwards, has broken out to new highs or is very bullish, then people tend to jump on board,” says Atwell. “At this point silver has momentum and gold doesn’t.”

Will this trend continue in silver’s favor? It could, at least for the time being. Atwell says that although he is still more optimistic about gold’s long-time upward trend, in the near future, the momentum of silver investment will likely keep it rising in relation to gold.

“We would expect gold to make a new high later in the year, but in the mean time it could be in this range-bound phenomenon where it really doesn’t go anywhere for a while. Silver has momentum, so I would tend to think that the ratio will continue to come down, at least for a period of time.”