The growing attitude towards silver as an investment tool in China is adding significant demand for the white metal. Imports of silver to China reached a record last year, and continue to be strong. As concerns about the strength of the economy grow, Chinese citizens are looking to silver as a safe haven asset. 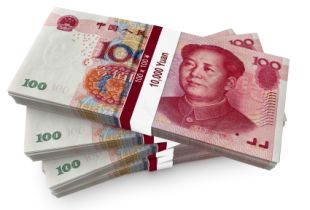 Silver demand in China is soaring. Imports of silver to the Asian giant have reached new highs, and analysts maintain that demand for this year will only continue to grow. The growth comes not only from industrial and jewelry demand, but also from the increased investments in silver as a hedge against market losses and inflation.

New reports show that net imports of silver to China have risen dramatically and will continue to do so going forward. In 2010, the net import of silver quadrupled, hitting a record of 3,500 tonnes. The pace of Chinese imports since the start of 2011 is still strong.

“China imported 245.6 metric tonnes of silver in February. The figure was so close to the 260.6 metric tonnes that the country imported last February and it showed that China was willing to shell out money for the white metal at over $30 per ounce,” stated Manikbhai Shah, a silver retailer in Mumbai.

Analysts see growing demand for silver in China, as well as India, rising by as much as 30 percent on the year. The increase in demand is also strong for Chinese silver ‘Panda’ coins, prompting the Peoples Bank of China to double the maximum issuance of coins for the year.

“[S]howing the big pick up in demand for silver in China, the PBOC says that it is doubling the maximum issuance of one ounce silver Panda coins from 3 million to 6 million.  To emphasize this growth in demand the issuance in 2010 was 1.5 million,” reported Lawrence Williams, for MineWeb.

The growing demand for silver and gold coins underscores the concerns of the Chinese middle-class towards their economy. The weak economic data worldwide may dampen the outlook for the industrial use of silver; however, inflation concerns in China will most likely draw more investors into the silver market.

Since October of 2010, the Chinese central bank has raised interest rates four times in efforts to curb inflation. New data has shown that the Chinese CPI rose 5.5 percent in May, the fastest increase in inflation in nearly three years. The inflation increase will likely prompt another interest rate “hike as soon as this weekend,” reported MarketWatch. The higher than expected inflation will play into increased demand for silver and gold as a safe haven asset hedge against inflation. The next round of Chinese inflation data is set to be released on July, 15.

“Bank shares fell and bond risk rose on concern that the banks will be unable to absorb losses on defaults should property prices drop. Moody’s estimates that local governments’ debt is about a third more than the audit office’s findings last week of 10.7 trillion yuan. Non-performing loans could reach as much as 12 percent of total credit,” reported Stephanie Tong, for Bloomberg.

Precious metals prices exploded in the wake of credit defaults and loose monetary policy in the US and Europe. The growing concerns of credit defaults in China may have the same effect for precious metal demand, supporting prices going forward. Look for the next round of inflation data from China as a major factor in the silver market.