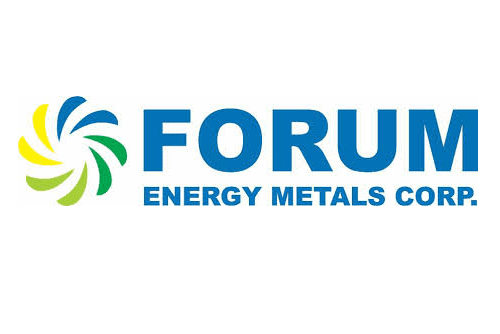 Forum Energy Metals Corp. (TSXV: FMC) (“Forum”) is pleased to announce that it has received positive assay results from the first two holes drilled by Rio Tinto Exploration Canada (“RTEC”) on its Janice Lake sedimentary-hosted copper project. Copper mineralization has been significantly expanded along strike and down dip from the initial drilling success by Forum on the Jansem showing last year. Highlights from the first two holes are:

Rio Tinto Exploration Canada completed 21 holes totalling 5,209 metres this summer under an Option Agreement to earn an 80% interest in the Janice Lake project by spending $30 million in exploration. Nine holes have been completed on the Jansem target, nine on the Janice target and three on the Kaz target (Figure 1). Results from the remaining holes will be reported once received from RTEC.

With these first two drill holes, the mineralized zone at Jansem is now a minimum of 294m in strike length, 130m in width, and with an estimated true thickness varying from several metres to more than 50m. Drill holes were orientated to crosscut the stratigraphy as close as possible at right angles, as the interpretation is that the copper is mostly stratabound.

All drill core samples have been sent to ALS Global in Vancouver, BC for assay. Ken Wheatley, P.Geo. and Forum’s VP, Exploration and Qualified Person under National Instrument 43-101, has reviewed and approved the contents of this news release. 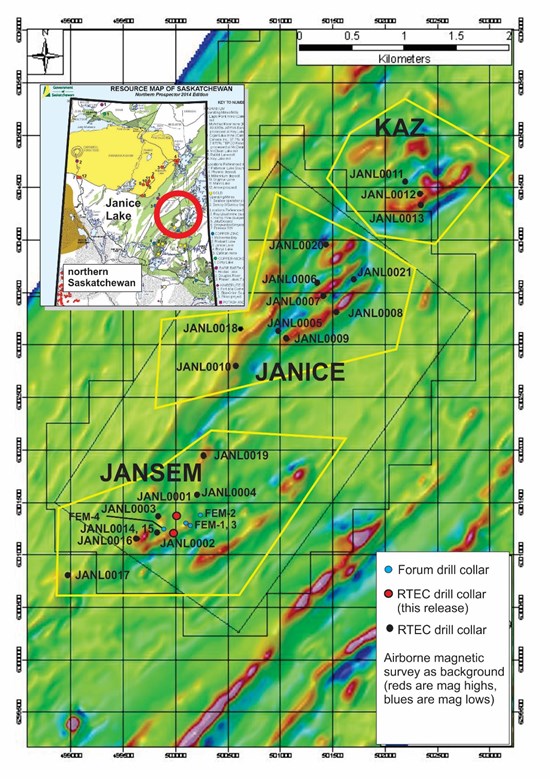 Figure 1: Location of the Target Areas on the Janice Lake Project 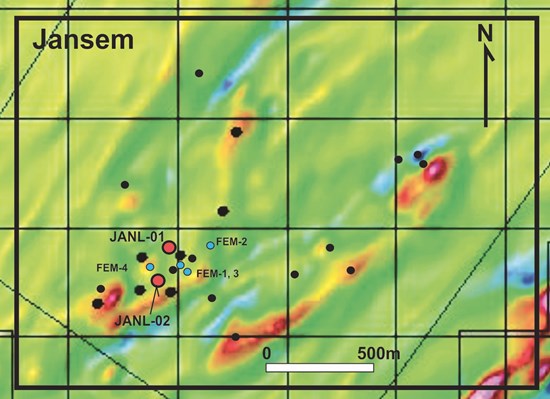 Core samples were sawed in half, keeping the half with the reference line for orientated core in the box. Samples averaged 2 metres in length through the mineralized zone, 4 metres in length in the unmineralized zone, however these lengths varied depending on stratigraphy, alteration or mineralization. Standards were introduced after every 20th sample, using a high grade, low grade or unmineralized, depending on the surrounding core. Duplicates were also introduced on every 20th sample, quartering the core. Blanks were used for the first sample of the hole and at the beginning and end of a mineralized interval, using certified rose quartz. The first two holes of this drill program had blank material inserted after every sample that had visual chalcocite and native copper to determine the potential smear effect. This would allow to modifications in the sample preparation for future holes in this program.

A 4-acid digestion was used on the samples at ALS lab in Vancouver, followed by analysis by ICP-MS (the ME-MS61L package). Higher grade samples will be run again through copper screen using the coarse reject material.