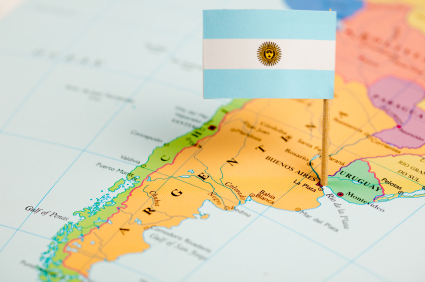 The two companies have entered into a subscription agreement under which 1,500,000 common shares of Golden Arrow priced at $0.35 each will be issued to Silver Standard in exchange for shares of Pretium Resources (TSX:PVG,NYSE:PVG). After the transaction closes, Silver Standard will hold about an 8-percent stake in Golden Arrow.

According to Golden Arrow, its plan is to sell the shares of Pretium it receives from Silver Standard, then use the proceeds for general working capital and to continue work at Chinchillas. The Pretium shares will be “free-trading and unencumbered,” so it appears that Golden Arrow will be able to translate them into cash relatively quickly.

That might sound like a roundabout way to get funding, but Golden Arrow definitely seems pleased with the plan. Joseph Grosso, the company’s president and CEO, commented positively on the deal in Wednesday’s press release, noting, “[t]his investment by an experienced operator and significant silver producer like Silver Standard validates the quality of our Chinchillas Silver Project. This financing ensures that Chinchillas continues to advance creating value for all of our shareholders.”

Looking more specifically at what’s set to happen at Chinchillas, the company states that at the moment it’s updating the geologic model and resource estimate for Chinchillas so that they include new diamond drill results from the ongoing Phase IV program at the project. Golden Arrow expects that a “significant portion of the resource” will be bumped up to the measured and indicated category.

Results from that Phase IV program were last released on April 15, and at the time, Golden Arrow said it was 11,000 meters into the 16,000-meter program. Recent highlights include a 107-meter intersection of silver, lead and zinc averaging 89 g/t silver equivalent. According to the company, in combination with other drill holes, it “may indicate a significant extension to the Socavon Basement zone on the eastern side of the deposit.”

Wednesday’s transaction is expected to close on or around June 4, 2015, though of course it’s subject to regulatory approval. Moving forward, investors will also no doubt be looking to see how much money Golden Arrow is able to raise from the transaction and how its Phase IV drill program at Chinchillas finishes up.