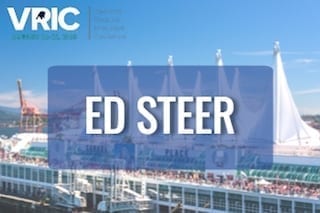 And if you’re not positioned the day before it ends, “you’re going to be out of luck,” says Steer in this video interview.

Ed Steer presented earlier this week on silver market manipulation at the Vancouver Resource Investment Conference, and stopped by the Investing News Network booth after to offer further insight.
Steer, who publishes Gold and Silver Digest and is a member of GATA, discussed the recent drop in Scotiabank’s short position in the silver market, commenting that it “has gone from a really huge number down to a number that’s … certainly [not] what it was before.”
JPMorgan (NYSE:JPM) has “assumed the lion’s share of that,” he said, though the other large traders that are short on the COMEX silver market have also assumed some of Scotiabank’s position. Even so, Steer doesn’t see the shakeup as a game changer — JPMorgan is the major player, he said, and until something happens with JPMorgan, “nothing changes.”
When asked what advice he would give investors, Steer said that they should “know … that when they are investing in the precious metals that the markets are managed by the central banks of the world, [with] JPMorgan being the main culprit … but like all market rigging operations, it will end.”
He added, “I think this price management scheme’s days are numbered … [and] I can tell you right now if you’re not positioned the day before, the day after you’re going to be out of luck.”
Don’t forget to follow us @INN_Resource for real-time news updates!
Securities Disclosure: I, Charlotte McLeod, hold no direct investment interest in any company mentioned in this article.
Editorial Disclosure: The Investing News Network does not guarantee the accuracy or thoroughness of the information reported in the interviews it conducts. The opinions expressed in these interviews do not reflect the opinions of the Investing News Network and do not constitute investment advice. All readers are encouraged to perform their own due diligence.