While focusing on what may happen in Europe, investors appear to be overlooking what is happening in China and what it could mean for silver. 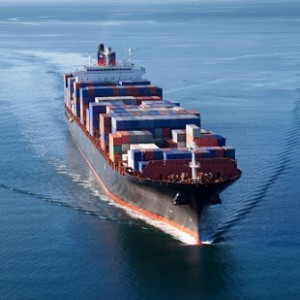 Markets have been gripped by tunnel vision. Recently, investors have focused their attention on Europe, occasionally glancing up at road signs pointing to the US before they turn their attention back to the Eurozone. In doing so, it appears silver investors may have missed some important developments out of China−exports and their contribution to economic growth are currently declining.

Silver investors, if aware, showed little concern about this news. Instead, attention was captured by the European summit and what would come from it.

CME Group’s Friday morning silver market report said silver looks to take a lot of direction from the ultimate “risk-on” or “risk-off” environment that could present itself in the wake of the EU summit dialogue.”

Though it may be premature or even unnecessary to make moves based on the announcement about Chinese exports, it too can be seen as a risk and certainly should not be dismissed as irrelevant to silver investors.

China has displayed a ravaging appetite for the white metal over the past several years, changing from the suit of a net exporter to a net importer, and thereby increasing its significance in the market.

Though the nation has seen a strong domestic demand for silver, both for investment purposes and through the sale of silver-based goods, China’s economy, like its exports, is reportedly cooling down. Also, it must be remembered that Chinese manufacturers consume a lot of silver in making products for foreign markets, such as electronics.

China’s fabrication demand for silver this year was projected to exceed 177 million ounces, according to CME Group. Silver investors may now want to start considering whether declining exports may have negative effects on demand going forward. Solar panels, which have been noted as one of the bullish emerging applications for the metal, may be a product that highlights that possibility.

Chinese companies are major suppliers and spend $2 billion importing raw materials including silver paste to construct solar products. The largest solar panel markets, however, are in Europe. According to Bloomberg, tightening credit lines in the industry have begun to translate into curbed demand for these products.

Further threatening to weigh on Chinese solar exports are allegations in the US that China’s manufacturers are jeopardizing the US solar industry with unfairly cheap products. North America is China’s third largest solar market, importing $3.5 billion worth of related goods last year, but now a group of solar companies have petitioned the US government to impose hefty tariffs on Chinese solar products.

Those investors who know that Europe is a major trading partner for China may have already factored in some downside risks stemming from the Eurozone crisis. What fewer may realize is that China is expecting weak demand next year from not only Europe but also from the US. And, the slowdown has already begun.

Export growth reportedly dropped to the lowest level in eight months in October and then declined further in November.

Shouwen said demand will not improve in Europe and the United States and costs such as wages and land prices are rising.

Pan Jiancheng, Deputy Director of the China Economic Monitoring Analysis Center at the National Bureau of Statistics acknowledges that next year exports will not be as forceful as an economic driver as it has been but says that the slowdown will not significantly affect the country’s economic growth.

Shouwen also revealed that China aims to counter the effects from declining exports to the EU and US by concentrating on boosting exports to emerging markets. That plan could fare well for exporters, including those of silver-containing products, but it will likely face a number of obstacles.