By Melissa Pistilli-Exclusive to Silver Investing News
As was to be expected, action in the precious metals markets was rather slow over the holiday week. Gold saw little movement, while silver actually posted a few gains last week as the US dollar weakened.
We can expect trading to remain light through New Year’s, however any moves down […] 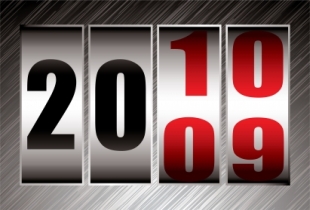 As was to be expected, action in the precious metals markets was rather slow over the holiday week. Gold saw little movement, while silver actually posted a few gains last week as the US dollar weakened.

We can expect trading to remain light through New Year’s, however any moves down will be exaggerated as small orders can have a larger than normal affect on prices during periods of thin trading. Analysts are advising investors to wait until after January 4, to make a better assessment of true price action for gold and silver.

On Monday, gold and silver prices actually moved a smidge higher as the greenback slipped. Gold managed to close slightly above $1,100 an ounce and silver closed at $17.41 an ounce.

The dollar continued to post gains against the yen and other major currencies Wednesday sending gold and silver prices to test further lows. Hope of US economic recovery on the horizon is fuelling the greenback’s rise and taking steam away from the precious metals rally that saw gold move past $1,200 an ounce and silver push past $19 an ounce earlier this month.

Dollar bulls point to a few seemingly positive reports about consumer confidence and a slightly lower unemployment rate and are now encouraged that the Fed may raise interest rates earlier than expected in 2010, a move that would detract from gold’s safe haven appeal. Those bullish on the dollar see gold falling to as low as $900 an ounce early in the new year, dragging silver with it.

However, some currency analysts say the dollar’s current resurgence is actually due in large part to waning investor demand for higher-yielding currencies on the heels of poor economic data from the euro-zone.

While some promising economic data out of the US has also helped the dollar, its current strength has more to do with weakness in other global economies than any actual strength in the still faltering US economy. A fact that gives precious metal bulls reason to tout gold and silver’s fundamentals as still strong.

Precious metal bulls are still confident hyperinflation is likely to takeover in the next few years and that Asian nations (and others) will continue diversifying out of US dollars. These analysts expect further dollar weakness in 2010, lending support to gold prices.

“As long as we see a zero interest-rate policy in the US and the probability of continued big fiscal deficit, the dollar is going to be under pressure again,” said GFMS Ltd chairman Philip Klapwijk, “this year’s most accurate forecaster,” say Bloomberg reporters. Klapwijk expects gold to continue to post gains in 2010 as inflation concerns increase and dollar weakness.

Other factors contributing to bullish sentiment for silver and gold prices include further bullion purchases by central banks, low interest rates, and an end to covering of short dollar positions in the early part of 2010.

Silver also has support from renewed growth in industrial demand out of recovering economies like China. So, while the short-term picture for silver seems bearish, the long-term forecast still remains bullish.

Demand for silver as an investment vehicle took off in 2009. Silver began the year at around $11.00 an ounce, hit $15 by late May before losing ground to the $13 range over the summer doldrums and bounced back during the fall to test the $19 level.

In 2010, industrial demand for silver is expected to carry the silver price out of the current end-of-year slump to test new highs.