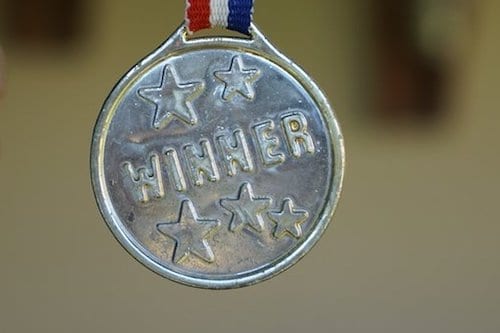 Palladium has lapped gold as the most expensive precious metal thanks to a surge in demand linked to smog reduction through vehicles.

After four months of consistent rallying, palladium has finally surpassed gold as the highest-trading precious metal, thanks to concerns over supply creating a surge in demand.

Palladium, which hasn’t matched gold prices in 16 years, made gains on the back of buyers scrambling for supplies of the metal, which is most commonly used in vehicle smog-control devices. Demand continues to rise as consumers are opting for gasoline-powered cars, which tend to use more palladium in autocatalysts over diesel vehicles.

“People are grasping for whatever ounces of material they can get,” said Tai Wong, head of base and precious metals trading at BMO Capital Markets.

“It’s very expensive to borrow, and that is perhaps the biggest factor driving the spot price higher,” he added.

According to Bloomberg, palladium for immediate delivery climbed around 1.7 percent to a peak of US$1,252.68 an ounce Wednesday (December 5). Comparatively speaking, spot gold was 0.2 percent lower at US$1,236.29 per ounce.

“The supply of palladium is very restricted,” noted Chirag Sheth, a consultant with London-based Metals Focus.

Bloomberg notes that the cost to borrow palladium for a month was at a record 22 percent, more than seven times higher than the 10-year treasury yield. Additionally, holdings of exchange-traded products backed by the metal are at the lowest since the beginning of 2009.

While many industry insiders believe that supply will remain relatively stable in 2019, there will still be growing demand from the automotive sector.

In fact, consumption of palladium in autocatalysts could rise in-line with the production of electric vehicles as the world continues to cut emissions for cleaner air.

Eily Ong, an analyst at Bloomberg Intelligence, said, “The EU has a binding target of cutting emissions by at least 40 percent by 2030 from 1990 levels, while China aims for 26-28 percent cuts from 2005 levels.”

Moving forward, market watchers will likely keep their eyes on how junior companies react to the jump in palladium prices. While these miners remain flat at the moment, the idea of an uptick in trade value is a realistic possibility.

Gold Price Well Above US$1,600 as COVID-19 Cases Increase
Indonesia: Coronavirus Will Delay US$11 Billion in Projects
Remi Piet: Mining on Indigenous Land in Brazil Would Trigger Conflict
Top Cobalt Reserves by Country