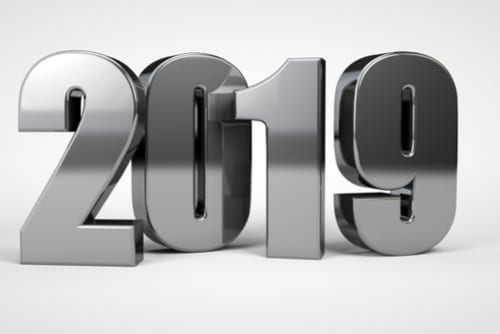 Palladium prices have climbed almost 18 percent over the course of the year. Read on to find out about the 2019 palladium outlook.

The price of palladium has climbed almost 18 percent over the course of the year, pulling ahead of its sister metal platinum and rivaling gold.

The precious metal received a demand boost this year, with environmental concerns causing a global shift from diesel to gasoline and hybrid vehicles, which use more palladium in catalytic converters.

Both the increase in demand and the threat of a supply deficit were crucial in palladium’s upswing during 2018. However, a strong US dollar softened some of the metal’s rise. As of late December, palladium was trading at about US$1,245 per ounce.

As 2018 comes to a close, many investors are looking ahead to what will happen to palladium in 2019. Here the Investing News Network (INN) details palladium’s price performance this year and what companies and analysts anticipate from the palladium outlook next year.

Unlike platinum, palladium saw an upswing in demand throughout 2018. Paired with tight supply and an increase in interest from investors, prices have been trending upwards since the beginning of the year.

As the chart below from Kitco shows, the palladium price reached its yearly peak on December 5, when it traded at US$1,252.68 and finally surpassed gold as the highest-trading precious metal.

In contrast, the metal’s lowest point of the year came in mid-July, when it was around US$886. At the time, FocusEconomics noted, “[palladium] was down 3.6 percent from the same day of the previous month. In addition, the price was 12.9 percent lower on a year-to-date basis.”

“That said, palladium prices are still above the prices seen last summer after climbing steadily at the end of 2017 and start of 2018. The price was up 2.8 percent from the corresponding day last year.”

Despite any dips the precious metal took, some market participants, such as Thomson Reuters GFMS, were optimistic and believed that palladium was in for a healthy 2018.

In the company’s Platinum Group Metals Survey 2018, released this past summer, the firm said, “palladium is set to exceed platinum on an annual average basis for the first time in 2018. We also expect further bouts of tightness in supply leading to higher lease rates.”

Platinum-group metals miner New Age Metals (TSXV:NAM,OTCQB:NMTLF) also believed that both palladium and platinum would do well this year. Harry Barr, chairman and CEO of New Age, told INN, “we expected 2018 to be a year where there was a resurgence of interest in the mining sector.”

While these expectations did not materialize for platinum, palladium was a different story.

Reflecting on what happened to the metal throughout the year, Barr stated, “2018 was a banner year for palladium as in October it reached its all-time high, and prices remain extremely attractive.”

FocusEconomics added, “part of the recent increase in palladium prices can likely be attributed to speculative buying, as investors pile into the commodity on optimism about future prospects.”

This is impressive considering 2018 was a year in which many investors lost interest in the precious metals thanks to a strong US dollar.

Despite a strong US dollar occasionally offsetting palladium’s climb, GFMS noted that consistent demand kept the metal trending upward. “Our longstanding bullishness for this metal continues to being underscored by the growth in demand from the automotive sector which is set to continue apace despite record prices as substitution is not happening at present.”

The analysts added, “[a] further prop is set to arrive from declines in mine output from the two dominant producing countries, Russia and South Africa.”

As Barr pointed out, this “further prop” did take place before 2018 was over. He explained, “palladium is a rare mineral and is usually mined as a by-product, meaning there are very few primary palladium mines in the world and only two in North America. Russia is the primary producer of palladium for global supply, and with the exception of 2010 and 2014, Russian palladium output has been declining.”

2018 has been driven by an increase in demand, slowly fading supply and an upswing in investor interest towards the second half of the year. But what will happen to the palladium price in 2019?

Looking ahead, analysts at FocusEconomics see prices retreating slightly in 2019 due to the fact that “speculative buying has likely caused prices to slightly outstrip fundamentals.”

However, they also added, “palladium prices should still remain elevated by historical standards, supported by the ongoing supply deficit, and the shift away from diesel vehicles buoying demand.”

For his part, Barr believes that the trend palladium saw in 2018 will continue on into next year. Barr noted that “an increase in demand for palladium and insufficient supply” will support the metal throughout the year.

If supply does continue to shrink in 2019, this will more than likely raise or maintain boosted prices as concerns over a potential supply deficit could cause investors to spring into action to make sure that they possess the metal in their portfolio.

For his part, Rohit Savant, director of research at CPM Group, told INN, “palladium prices are likely to remain strong into the first quarter of next year.”

He added, “seasonal strength and momentum from the fourth quarter of 2018 should help keep prices strong in the first quarter of 2019.”

However, despite the gains that Savant sees palladium making in Q1 of next year, he does not think that they will be sustainable throughout the entire year thanks to a slowdown in demand.

“The US and Chinese auto markets, which are primarily gasoline engine markets and use palladium-intensive catalysts, are expected to slow in the coming year. Furthermore, demand from the electronics sector could also see a slowdown, with chip makers forecasting a slowdown in demand in the coming quarters,” he said.

The auto and electronics industries are the two largest users of palladium, accounting for around 80 percent of total fabrication demand.

“Signs of weakness in fabrication demand could result in investors liquidating their inventories, which could eliminate the backwardation in the market and bring palladium prices down,” he added.

Despite the various factors in play for the precious metal, many market watchers are keen to believe that what happens to the greenback in 2019 will have some effect on palladium. Since many are expecting a softer US dollar, it is possible that commodities will be more appealing to investors in 2019.

Looking ahead at price expectations for 2019, firms polled by FocusEconomics estimate that the average palladium price next year will be US$1,050. The most bullish forecast for the year comes from Citigroup Global Markets, which is calling for a price of US$1,175; meanwhile, Liberum Capital is the most bearish with a forecast of US$941.