This week, palladium finally began to follow gold and lose some of its safe haven appeal. After holding steady and resisting gold’s sell-off, platinum and palladium have finally succumbed, dropping rapidly in this morning as poor auto industry numbers rolled in. 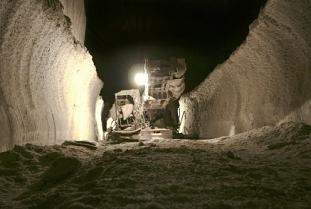 This week, palladium finally began to follow gold and lose some of its safe haven appeal. After holding steady and resisting gold’s sell-off, platinum and palladium have finally succumbed, dropping rapidly in this morning as poor auto industry numbers rolled in. Palladium tracked platinum in Asia and London; it dropped to $189 ahead, it finally closed at $190.

Anglo Platinum has confirmed today its PGM production suffered considerably over the course of 2008. The company, the world’s largest platinum producer, revealed that output of palladium production was down from 1,389,700 ounces to 1,318,800 ounces.  Production values of the company’s other key metals, platinum, rhodium, and nickel were also down. The figures came in despite the company having a strong fourth quarter of 2008.  Commenting on the results, Chief Executive Cynthia Carroll told Reuters: “As we begin 2009, the economic outlook remains weak, with limited visibility and we are continuing to experience volatility and downward pressure on commodity prices.” Ms Carroll revealed that the firm will cut production throughout the year, and will also cut 19,000 jobs by the end of 2009.

Impala Platinum confirmed that it recorded a year-on-year pgm production decline of 13.2 per cent in the six months to the end of December 2008.The South African company revealed that its total pgm production fell to 1.717 million ounces, in comparison to the figure of 1.979 million ounces for the equivalent period in 2007. The company also reported declining nickel and rhodium output; however, the two main contributors were platinum, which was down by 14.8 per cent from 1.031 million ounces to 878,000 oz, and palladium, which was down by 17.3 per cent from 573,000 oz to 474,000 oz.

Just last week, interest in palladium investing was rising. ETF Securities confirmed that holdings in its Physical Palladium exchange-traded commodity rose by 30 per cent in the week. The company increased the amount of metal it holds to back the Exchange Traded Fund. Commenting on the news, Nicholas Brooks, Head of Research at the firm, explained that the recent upturn in palladium prices has attracted the attentions of investors. ETF Securities launched the first ever ETC in 2003, along with the World Gold Council. There has been update to how the fund responded this week while spot prices took a turn for the worse.