With the Federal Reserve promising to keep US interest rates at a record low of near zero for the foreseeable future, analysts expect gold and other precious metals to fetch higher prices in the coming months. Palladium prices have been playing catch-up after plummeting in response to sluggish industrial demand and is expected to be a better show than gold in 2009. 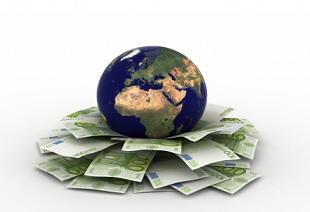 Palladium gains interest and an escape from inflation

The Fed policy has led the way. Fed Chairman Ben Bernanke said last week that the US central bank was ready to “tighten” monetary policy. This has led to an overall rise in the price of precious metals.

The Fed has kept its benchmark lending rate between zero and 0.25 per cent since December to counter the effects of the recession.

While gold closed above the $1,000 level for the ninth day in a row on Monday, other metals too gained ground. Gold, which has captured increased investor attention amid inflation fears and concerns about the strength of the US dollar, helped lift prices across precious metals.

With the Federal Reserve promising to keep US interest rates at a record low of near zero for the foreseeable future, analysts expect gold and other precious metals to fetch higher prices in the coming months.

Analysts maintain that a “riskier” market like palladium would gain as appetite for higher-risk investments improves. According to Credit Suisse Group analyst Stefan Graber, “The break of the $300 mark has spurred further buying,” he said.

Deutsche Bank too has moved to a more bullish outlook for platinum and palladium – both used to make autocatalysts.

“We expect investment demand combined with a rebound in platinum jewellery demand in China and strong emerging market auto sales to offset weaker autocats demand in the developed markets,” the bank said in a note.

“With only a weak recovery in primary supply we expect this will lead to a deficit market in platinum over the next two years and a declining surplus market in palladium over the same period.”

Even as gold extends its own record, palladium prices have been playing catch-up after plummeting in response to sluggish industrial demand.

Palladium and silver are the year’s best-performing precious metals, gaining 70 per cent and 65 per cent respectively, compared with gold’s 21 per cent increase. Both metals have seen increased investment demand as investors seek hedges against inflation and are especially appealing to investors who are bullish on global recovery prospects.

However, since the metals are linked to industrial activity, they don’t offer the same protection against deflation that gold does.

Well-known commodities-investing expert Jim Rogers said Thursday, in an afternoon speech at an ETF Securities event, that he was bullish on commodities and Asian demand. Rogers said silver and palladium are better investments for the rest of 2009 than gold or platinum.

Although gold has dazzled with its recent record-breaking rise, its year-to-date rise is just a third of silver’s gains, Barclays Capital analyst Suki Cooper said in a Thursday note.

Price spike in the offing?

In the short term, no, primarily because a large part of the year’s supply of palladium inventory in Zurich, held either by investors, or the Russians themselves, was bought at prices higher than today’s prices.

The metal will be released, in times of shortage, provided the price incentive is there. The release is unlikely to be in a way that will allow a sudden return to $1,000/oz.

Palladium is the underdog in the precious metals market. It took a big hit in the summer of 2008 until December 2008, but it’s bottomed out and appears to be on a slow march upward.

Earlier this year, the platinum to palladium price ratio reached 5.5 to 1, indicating that platinum was significantly overvalued relative to its cheaper sister metal. Since then the ratio has narrowed to 4.2 to 1 today. This was partly due to expectations car makers will push to substitute platinum for palladium in auto catalysts.

Russia is the main palladium producer. And unlike South Africa, where mining output has stalled, Russia continues to supply the palladium market. However, Russia’s palladium stocks are sliding and that has given hope to miners across the world that the metal’s prices will go up.

African Rainbow Minerals‘ palladium-rich mines are now hopping that the slump time is over and the Russian stock fall will help rise prices. The company’s annual results showed a 42 per cent lower headline earnings to R2.3-billion. Norilsk of Russia, which ARM partnered in nickel in South Africa, was currently down to its normal monthly levels of palladium production.

Norilsk has no stockpile of palladium now. They only have normal production in the pipeline.

Impala Platinum marketing executive Derek Engelbrecht called an end to Russian palladium destocking on Friday, but cautioned about a residue of Russian palladium in Zurich, which remained in bond and unpriced.

Engelbrecht expected palladium to be in deficit when developed-world car sales takeoff, combined with Asian growth and thrifting into palladium.

China is a gasoline market, as is India, and they are using predominantly palladium catalysts and those markets are growing, Engelbrecht pointed out to Mining Weekly Online.

The Russian stockpile has been one of the main palladium price inhibitors, to the detriment of new platinum mines on the Bushveld Complex’s eastern limb, which are palladium rich.

Palladium companies appear to be diversifying into the yellow metal.

North American Palladium Ltd is planning to raise about C$50 million by issuing flow-through shares as well as units on a bought deal basis. The proceeds from the unit offering will be used for exploration and development expenses at the company’s Lac des Iles property and Sleeping Giant gold mine, as well as for general corporate purposes, including future acquisitions.

Toronto-based North American Palladium (NAP) poured the first gold at its Sleeping Giant mine, in Quebec, this week. The mine, which NAP acquired when it bought Cadiscor Resources earlier this year, will ramp up to a commercial production rate of 50 000 oz/y during the fourth quarter.

Until the Cadiscor deal, NAP’s only mine was its Lac des Iles palladium operation, in Ontario, which was put on care and maintenance in October last year, after platinum-group metals prices dropped. The company has said it will restart the operation when prices strengthen and is continuing exploration at the asset in the meantime, and working on a plan to expand the underground operations.

Over the last seven months, NAP has restarted the mine on a C$7,5-million budget.

“Becoming a gold producer is an important milestone in attaining our vision of being a diversified precious metals company operating multiple mines in mining friendly jurisdictions,” CEO William Biggar said in a statement.

The company also announced that it has exercised its right to buy back a 1 per cent net smelter return royalty on the mine held by Iamgold (TSX:IMG), for $1-million.

Platina Resources is also set to focus on a high grade gold zone in its giant Greenland platinum-palladium project. A positive independent scoping study on the Skaergaard platinum group metals-gold project in Greenland will now see a focus placed on a high-grade gold zone, as part of an ongoing pre-feasibility study.

Platina owns Skaergaard 100 per cent and has a package of PGM-gold projects in Australia including Munni Munni in Western Australia’s Pilbara region.

5 Top Weekly TSX Stocks: Silver Bull Rises Over 25 Percent
Australia’s 5 Most Valuable Mineral Exports
When Will Gold Go Up?
When Will Silver Go Up?