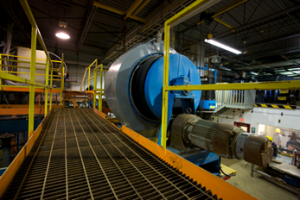 The longtime striking of South African platinum-group metals (PGMs) miners has finally ended, but palladium and platinum are still on a roll, having previously been forecast to rise. Supplies are still tight overall for the metals, and investors and analysts are looking at both companies producing PGMs outside of South Africa and Russia and companies focused on innovative new ways to recover platinum and palladium.

Today, NovX21 (TSXV:NOV), a company focused on low-cost, clean technology for the recovery of PGMs, announced that it has chosen an existing building at the Thetford Mines industrial park to develop Quebec’s first commercial precious metals recycling plant. A press release states that the decision is “a milestone on the road to commercial-scale deployment of NovX21′s patented technology for the recovery of precious [PGMs] from end-of-life vehicles.”

NovX21′s president and CEO, Sylvain Boulanger, has cited several reasons for the selection of the site. “We looked at multiple options for the site of the new plant, both in Quebec and elsewhere,” he is quoted as saying in today’s press release, “and Thetford Mines was the obvious choice, particularly given its strategic location and the availability of skilled labour in the region, but also because of its vibrancy and the entrepreneurial attitude of its representatives.”

Palladium Investing News (PIN) recently spoke with Nicole Blanchard, NovX21′s communications strategist and investor relations specialist. As well as announcing the location of its new PGMs recycling plant today, NovX21 has continued to work hard to move forward with its proprietary technology since January, when PIN last talked to the company.

“We raised $3 million at the beginning of the year,” Blanchard told PIN. “That allowed us to go and showcase the technology for the first time to the industry, mostly in Europe.” Back in March, NovX21 flew across the pond to attend a conference on automobile recycling. “That was the first time we actually showcased this technology,” Blanchard said. NovX21 uses a dry chlorination process that is cleaner and safer than existing recovery methods.

In terms of how the recycling technology was received at the conference, Blanchard was positive. “It was very, very well received, especially in Europe, because they want the green label. It brought us to further conversations and negotiations with industry recyclers and refiners.”

Additionally, the European Union’s new End of Life Vehicle Directive regarding automobile component recycling was discussed at the conference, which Blanchard said was “very significant” for NovX21. She noted that the directive “forces the automobile industry to recycle 95 percent of all the automobile components by next year. So they’ve been preparing for many years, and we were showcasing the technology for the first time. We bring clean tech, and we extract up to 97 percent of PGMs from used catalytic converters.”

NovX21′s prototype plant is already receiving material from several suppliers and is “currently running two shifts a day, or 16 hours.” The agreements for supply to the prototype plant are key; as Blanchard said, “this should lead to serious negotiations in order to supply our first commercial plant next year. It will recycle 500,000 catalytic converters per year, so it’s an important step to secure supply from these recyclers.”

To be sure, larger PGMs deposits are being found outside of Russia and South Africa, for example, in Yukon and in Montana. However, given expected shortages, it is interesting for investors to take note of the growing importance of PGMs recovery techniques.

“NovX21 has a 21st century disruptive technology,” Blanchard concluded. “It’s addressing the need to supply PGMs for the automobile industry, and it comes at the right time in the mining world. As you know, there is a trend to recover metal in a cleaner, more efficient way and at low cost, low energy consumption and low CAPEX compared with building mines.”

Editorial Disclosure: NovX21 is a client of the Investing News Network. This article is not paid-for content.