Weak auto sales numbers and the fears of a double-dip recession hindered the price of palladium in early July. However the metal has been rebounding due to better than expected earnings in the US, as well as on the promising news of European bank stress tests. 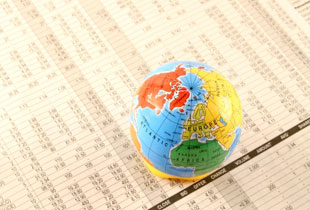 The price of palladium has gone through a turbulent month. At the start of July, the price of the platinum group metal had fallen from the $470 mark in late June down to $430 an ounce. Since then, the metal has regained its losses and closed on  July, 28at $468 an ounce. The drop in price was mainly due to concerns of inflation and the possibility of a double-dip recession. The concerns over the return of the recession, and the lackluster performance of palladium were based on weak car sales worldwide after promising numbers from the first two quarters, especially in Asia. Palladium’s main industrial use is in the manufacturing of catalytic converters.

Lingering debt concerns in the western world are still a factor; however, after European banks passed their ‘stress tests,’ the markets surged. In the US, better than expected corporate earnings helped the markets after weak jobs reports had been a dark cloud on Wall St.

Auto sales worldwide have been less then stellar after promising numbers from the first few months in China and India. “A downturn in the auto industry indicates that consumption of platinum and palladium will continue to drop. Automobile sales in the U.S. have decreased 10.8% from around 1.1 million units in May 2010, to almost 982,000 in June,” reported Karvy Global, in a very informative look into platinum group metals market for The Street.

The outlook for car sales was the same in China, as auto production is down 6.9 percent from the first quarter. In India, car sales dropped 5 percent. Despite the downturn in auto sales, many analysts see a rebound in platinum group metals by the fourth quarter as sales in the Asian continent are expected to rebound. The move to palladium based catalytic converts from the standard platinum converters bodes well for the palladium market as well.

The only miner of palladium in the US, Stillwater Mining [NYSE:SWC], has been out-performing the price of other North American Platinum group metals (PGM) mining companies and the price of palladium itself. For the year Stillwater has gained 38.5 percent, while North American Palladium [AMEX:PAL; TSE:PDL] is down over 10 percent and PGM’s have lost over 20 percent of their value.

Stillwater recently released earning figures for the Q2. “Stillwater Mining Company today reported net profit for the 2010 second quarter of $14.6 million, or $0.15 per diluted share… This compares to second quarter 2009 net income of $4.6 million, or $0.05 per diluted share,” stated the press release. The company benefited from higher prices for the metals year-over-year as mining production fell 18.2 percent.

2 responses to “A Turbulent Month for Palladium”