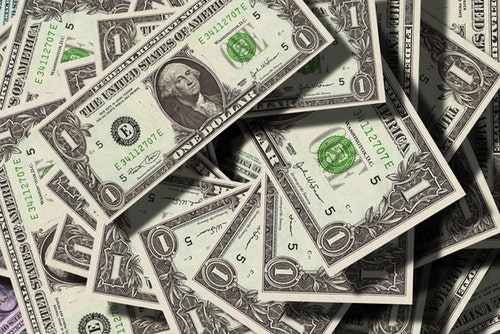 The gold price remained above $1,270 on Thursday after the US faced one of its most economically challenging weeks in 2018.

The gold price made gains on Thursday (December 27) in the wake of one of the most economically challenging weeks this year for the US.

The yellow metal has not reached these price levels since June.

“The risk-averse sentiment is the most dominant force today. Investors are busy profit-taking in equities, which is benefiting gold,” Naeem Aslam, chief market analyst at Think Markets UK, said in a note obtained by Reuters.

“There has been an extensive surge in the gold exchange traded fund holdings and there is absolutely no shortage of momentum there. Investors are just preparing themselves by buying gold as there are several uncertainties heading into 2019.”

Political turmoil in the US was partly to blame for struggling markets last week as the country went into a partial government shutdown.

The shutdown, which remains in place, came as the result of a dispute between US President Donald Trump and Democratic officials over Trump’s proposed US$5-billion border wall with Mexico, which Democrats have been actively opposing.

While the Dow made an impressive comeback on Boxing Day (December 26), seeing a recovery of over 1,000 points, it quickly plunged 500 points on Thursday.

The drop followed news that China has drafted a foreign investment law that proposes a ban on forced technology transfer. The move comes after China was accused of unfair trade practises by the US, including intellectual property theft.

According to Reuters, the draft law says China would maintain the right to retaliate with “corresponding measures” to countries that discriminate against Chinese investment, further fueling fears about the US-China trade war.