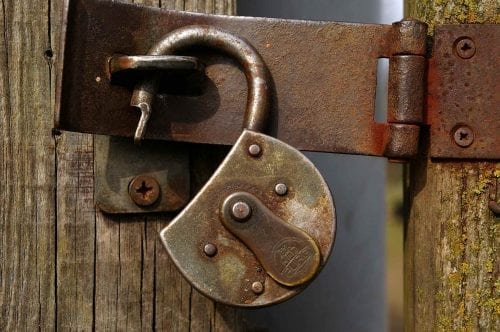 Canadian miner Tahoe Resources says there appears to have been an attempt to steal gold from its La Arena mine in Peru.

Tahoe’s employees came across five holes which had been dug on top of a pipeline carrying a solution of gold and cyanide in an attempt to steal gold from the mine.

The company said that bags of carbon were placed on the tampered holes in order to illegally extract the gold, which then caused a blockage on the pipeline leading to a leak, which allowed for solution to flow into a storm water collection pond designed to discharge clean water into the Sayapampa Creek.

“Based on the company’s initial investigation, it is estimated that around 600 cubic meters of pregnant solution may have flowed into the Sayapampa Creek via the storm water management system,” Tahoe stated.

“Upon identification of the discharge, the company immediately initiated our emergency response protocols including conducting extensive inspections of the surrounding areas from the operation and assessing the potential impacts to the communities and environment downstream,” the company added.

Following the incident, the company made a formal report to the Agency for Environmental Assessment and Control, the Ministry of Energy and Mines, the police and the public prosecutor.

The surrounding communities have also been notified in an additional attempt to find the guilty party or parties.

Tahoe expects that the damage caused by the attempted theft will be repaired over the next several days, once all relevant authorities have conducted their initial investigations.

The company has wasted no time in addressing the contamination to the stormwater management system and as a result, it does not anticipate a material impact to production at this time.

A full internal investigation and review of security procedures will be conducted in order to avoid and prevent future incidents.

“Tahoe holds itself accountable for ensuring safe operations for our environment and our communities and we expect all of our employees and partners alike to operate to the highest standards,” the company noted.

The attempted theft is the second crime against the company in under a week. On Friday (August 25), Tahoe reported that twelve of Minera San Rafael’s unarmed security contract workers were attacked, kidnapped and held at gunpoint at Tahoe’s Guatemalan unit before eventually being released and escorted by the Guatemalan Civil National Police back to Jalapa where they were treated for their injuries and trauma.

The abductors identified themselves as the “Peaceful Resistance Group of Mataquescuintla.”

“On behalf of everyone at Tahoe and Minera San Rafael, I would like to express our sincere sympathies and concerns to the families of the twelve contractors who were abducted and injured on Friday night. Tahoe condemns violence of any kind in the strongest possible terms,” stated Jim Voorhees, president and CEO of Tahoe.

“We are treating these developments with the utmost seriousness and are taking appropriate measures to ensure the safety and security of all of our employees and contractors, their families, and local community members,” he added.