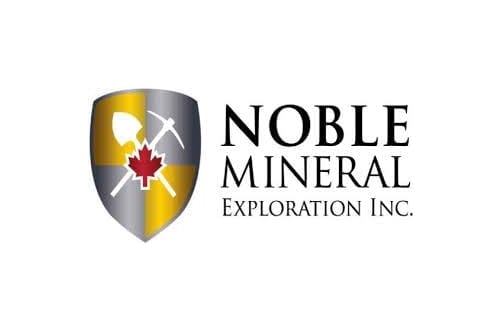 Noble Mineral Exploration Inc. announced that the Company has entered into the definitive agreement.

Noble Mineral Exploration Inc. (TSXV:NOB, OTC:NLPXF) (“Noble” or the “Company”) today announced that further to the letter of intent signed by the Company as announced on October 1, 2019, the Company has entered into the definitive agreement for that transaction on the same basis.

“This transaction will unlock significant value for Noble as we participate in advancement of the Crawford Nickel-Sulphide project in a dedicated nickel company led by Mark Selby, a recognized leader in the global nickel industry given his experience and network successfully advancing the Dumont nickel Project” said Mr. Vance White, President & CEO of Noble. “I look forward to future transactions utilizing our project generator model on the many nickel, copper-zinc VMS, and gold targets on our strategic Project 81 land package.”

The planned consolidation of the Crawford Nickel-Sulphide Project (“the Project”) will be put into effect under the terms of an implementation agreement dated as of November 14, 2019 (the “Implementation Agreement”) that has been entered by Canada Nickel Company Inc. (“Canada Nickel”), Noble, Mark Selby (a principal of Canada Nickel), Spruce Ridge and certain private investors (the “Investors”) based on the previous agreed terms in the binding letter of intent announced October 1, 2019.

The net result for Noble of the proposed transactions under the Implementation Agreement (the “Transactions”) is:

As described in the Implementation Agreement, the Transactions will facilitate the reduction of the current royalty on Project 81 from 5% to 2%.

As previously announced, Noble has entered into a royalty assignment agreement for the purchase of the current 5% royalty. (See Noble’s news release of October 24, 2019.) Noble has also entered into agreements with Franco-Nevada Corporation (“Franco-Nevada”), as holder of certain rights, including a right of first refusal, in respect of the 5% royalty. Pursuant to these agreements, the existing 5% royalty on approximately 55,000ha of patented properties in Project 81 (including the patented properties within the Crawford Nickel-Sulphide Project) will be acquired by Noble for payments of $2 million, in instalments, to the holder of the 5% royalty. The 5% royalty will be terminated and replaced by a 2% royalty payable to Franco-Nevada and Noble will issue shares to Franco-Nevada having an agreed value of $500,000. The $2 million cash payment will be funded from the cash received by Noble from Canada Nickel and from the anticipated $1 million convertible debt funding. Closing of these transactions, including the issuance of shares, is expected to occur by mid-December.

As of November 28th, Canada Nickel has raised $2.9 million under the $5 million non-brokered fully subscribed private placement (the “Private Placement”) described in Noble’s news release of October 1, 2019 and expects to complete the balance on or before the completion of the Transactions.

Subject to the receipt of regulatory and shareholder approval, it is expected that the consolidation of the Crawford Nickel-Sulphide Project will be completed early in January 2020.

Noble Mineral Exploration Inc. is a Canadian-based junior exploration company which, in addition to its shareholdings in in Spruce Ridge Resources Ltd. and MacDonald Mines Exploration Ltd., and its interest in the Holdsworth gold exploration property in the area of Wawa, Ontario, holds in excess of 79,000 hectares of mineral rights in the Timmins-Cochrane areas of Northern Ontario known as Project 81. Project 81 hosts diversified drill-ready gold, nickel-cobalt and base metal exploration targets at various stages of exploration. More detailed information is available on the website at www.noblemineralexploration.com.

Noble’s common shares trade on the TSX Venture Exchange under the symbol “NOB”.

NOT FOR DISTRIBUTION TO U.S. NEWSWIRE SERVICES OR FOR RELEASE, PUBLICATION, DISTRIBUTION OR DISSEMINATION DIRECTLY, OR INDIRECTLY, IN WHOLE OR IN PART, IN OR INTO THE UNITED STATES

One response to “Noble Signs Implementation Agreement for Consolidation and Spin-out of Crawford Nickel Project to Canada Nickel Company Inc. and Agreements to Complete Royalty Reduction”