On Friday, the board of directors for the TMX Group Inc., the owner of the Toronto Stock Exchange, rejected an offer by a consortium of pension funds and banks, saying it “does not constitute a superior proposal” to a planned $3.2-billion merger with the London Stock Exchange Group PLC. 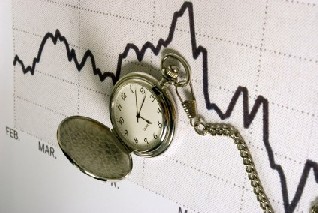 On Friday, the board of directors for the TMX Group Inc. (TSX:X), the owner of the Toronto Stock Exchange rejected an offer by a consortium of pension funds and banks, saying it “does not constitute a superior proposal” to a planned $3.2-billion merger with the London Stock Exchange Group PLC (LSEG) (LON:LSE).

The chairman of the TMX board of directors, Wayne Fox stated, “The board’s view is that the merger with LSEG continues to be in the best interests of TMX Group and its shareholders and stakeholders.”

According to the TMX press release, the financing for the Maple Group Acquisition Corp. proposal would consist of equity capital contributions by each of the Maple investors or their affiliates, and unsecured debt financing from a syndicate of Canadian banks.  It also anticipated an outstanding debt of about $1.1 billion. The bid implied that TMX Group would subsequently combine with Alpha Group and CDS, subject to approval; however, it did not disclose any terms upon which this combination would take effect or confirm that the shareholders of those entities would agree to such combination.

The constituents of the Maple Group Acquisition Corp. was made up of both banks (National Bank Financial, Scotia Capital, CIBC World Markets, and TD Securities) and pensions (Canada Pension Plan, Ontario Teachers’ Pension Plan, Alberta Investment Management, Caisse de depet et placement du Quebec, and Fonds de solidarite des travailleurs du Quebec).  The design of the group was initially conceived primarily by CIBC, TD and National Bank; however, all parties would contribute liquidity and provide a cross-Canadian ambiance with participants represented by Alberta Investment Management to help counter any perception that the group was just a faction of banks from Toronto and Montreal trying to reassert dominance over one of a few corners of finance they no longer controlled.

The TMX board of directors consulted with financial advisers and outside counsel, including Canada’s biggest bank, the Royal Bank, and the Bank of Montreal, and the executive summary indicated that “financial consideration proposed by the Maple consortium is inadequate” because there will be a material change of control of TMX Group.  The announcement additionally states there is “a significant increase in leverage” in the Maple bid, which would generate “much, if not all, of the earnings accretion” contemplated in the proposal.  According to the statement, an increase in the amount of debt to earnings could also “constrain TMX Group’s ability to execute and implement strategic opportunities in the future without providing offsetting business benefits to TMX Group.”

In the most recent quarterly earnings release for the TMX, the group Chief Executive Officer, Thomas Kloet commented on the proposed merger with an optimistic response to work “with the various federal and provincial authorities to achieve the necessary approvals. We believe that it is in Canada’s best interest to have a globally competitive yet domestically focused capital marketplace and that our customers, shareholders and the markets we serve will directly benefit from this strong partnership.”

Since the inception of this saga in February the market has not demonstrated a significant appetite for the news flow, as shares of the TMX Group have appreciated slightly 2.8 percent, while the LSEG share price has declined modestly 3.4 percent to their respective current trading ranges. Comparative benchmarks for the index constituents indicate the TSE has contracted slightly at 2.8 percent while the FTSE index constituents have mirrored the operator declining 3.4 percent.

At the end of last month, the LSEG and the TMX Group initiated the application process with federal and provincial authorities in Canada regarding the proposed merger.  After the LSEG committed to publicly disclose undertakings, the application was made under the Investment Canada Act for review. All applications were to be based on the terms of the merger agreement made public on February 9.

The Ontario Select Committee has taken time to review the support and opposition to the merger and prepared a detailed report containing a number of recommendations. This report, received during the regulatory review process, should receive significant consideration during the course of the approval process with the various authorities.  The committee was developed on February 23, consisting of political representatives following a mandate to consider and report “observations and recommendations concerning the impact and net benefit to Canada, including Ontario, its economy and people, Toronto’s financial services sector and Northern Ontario’s mining industries.”