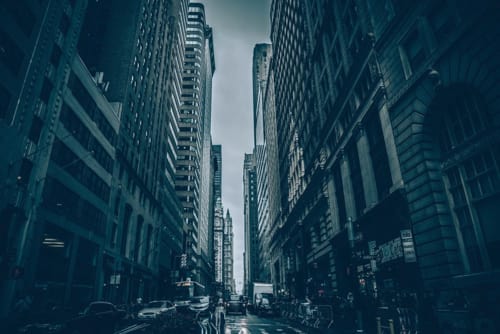 The past year has been interesting for investors and the resources industry, but according to Jayant Bhandari, it’s been a good one.

The past year has been interesting for investors and the resources industry, but according to Jayant Bhandari of Anarcho Capital, it’s been a good one.

“When blood is running in the streets, when people are not interested in buying any of these companies, that’s where the best value emerges — that’s when you can invest with the least amount of risk and for the highest amount of upside,” he said.

Bhandari was talking to the Investing News Network at Mines and Money London, which he noted is a conference that is seeing fewer and fewer people each year due to a depressed market.

“A lot of the people who chase as herds don’t like investing in situations like these, but for me this is really the best time and opportunity to make money.”

When asked where he is putting his money, Bhandari said that he is almost fully invested.

“There are a couple of companies here at the show that I like because they have a bright future and they probably have bottomed out, and there’s only upside that I’m looking forward to.”

Another name is O3 Mining (TSXV:OIII,OTC Pink:OQMGF), which he said is the biggest part of his current portfolio. “I quite like the management, I quite like the projects in Canada. The downside risk is very well protected in that company. I have taken a large position in it.”

He also spent a lot of time talking about China and the situation there domestically, as well as the dynamic between China and the US.

“I love China … At the same time I am not happy with the fact that Xi Jinping, the president of China, has been increasingly heavy handed and arrogant about several things. He has picked up a fight with the United States in terms of trade, he’s been interfering in Hong Kong to a certain extent,” he said.

“I think that given the fact that Xi Jinping is arrogant — (and) in Asia, you have to save your face — it will be very difficult for him to pull back on this trade war. But I think he clearly recognizes that the United States has an upper hand in the trade war,” he explained.

“China is not as strong and as rich as he thinks it is, and he has pretty much used up all the cards he had; he is left with not much more than he had to trouble the United States.”

Bhandari also gave his thoughts on commodities, naming gold as a valuable asset to be exposed to.

Listen to the interview above for Bhandari’s full thoughts on gold, the state of the resources industry, where he’s investing and his updated thoughts on the situation in China.

Anaconda Mining Releases Full Year Results for 2019
12 Top Stock Picks for 2020 from Mining Experts
Peter Schiff: Gold Could Go Much Higher Depending on US Election
Ray Dalio: Cash is Trash and Gold is a Diversifier